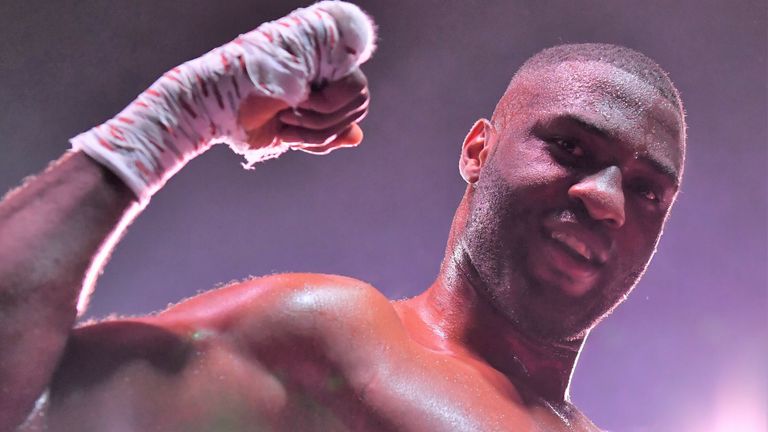 Raphael Akpejiori has a devastating punch, a trail of knockouts, and a formidable appearance but when does a heavyweight contender become a credible threat?

The Nigerian contender knows he carries destructive power and he’s shown it, with 11 knockouts in 11 fights, and none of his opponents have lasted beyond the second round.

But in a deceptive division where fearsome giants are swiftly toppled, Akpejiori and the next crop of concussive punchers must tread a little more carefully.

“I am the most athletic and explosive heavyweight boxer in the world,” Akpejiori has declared.

But the 6ft 8in fighter, a former college basketball player, recognises that raw fundamentals can only reach a certain level.

“Just by using my size, my strength, that’s why I have so many knockouts,” he told Sky Sports last year.

“I take out my opponent just by imposing my strength, and just overwhelming them with punches in bunches.

“Right now my athleticism has brought me this far, but skills are what’s going to take me to that next level.”

Russia’s Apti Davtaev could serve as a cautionary tale as he possessed the same size and formidable boxing record, only to receive a harsh tutorial when he rushed his heavyweight education. 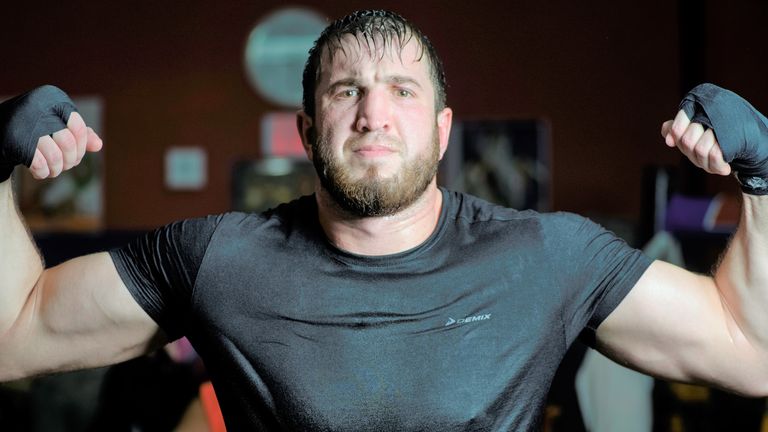 “He is very strong – not in terms of being powerful, but just strong. I compare him to Artur Beterbiev but triple the size!”

But after an absence of over a year, Davtaev returned against Jack Mulowayi, who was more threatening than his patchy record suggested, and Steward’s protege suffered a chastening stoppage loss.

Regaining respect is particularly hard when your menacing aura is cruelly undermined by a first defeat.

Ask Christopher Lovejoy, the enigmatic American heavyweight, who had racked up 19 unseen knockout wins before a first fight on camera ended in a humbling loss to Mahmoud Charr. 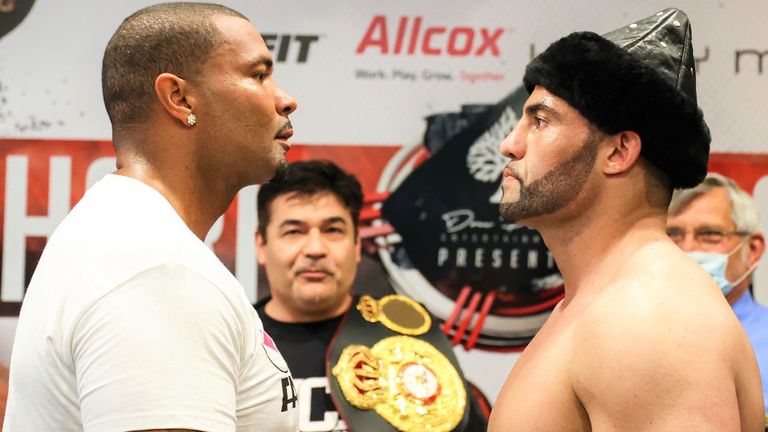 “There is added pressure because I’ve got to come back and prove myself now,” Lovejoy told Sky Sports.

“[The Charr fight] was to get my foot in the door, to let everybody know that I will go anywhere to fight anyone under any circumstance.

“No matter the situation, I will fight.

“But it’s up to me to work and show everybody that I’m here to stay.”

Either Efe Ajagba or Frank Sanchez will lose the veneer of their unblemished records when they collide on the undercard for Tyson Fury’s third fight with Deontay Wilder on July 24.

Ajagba needs to accelerate his progress after 15 victories, while Sanchez, with 18 wins himself, is being fast-tracked towards a world title shot.

Timing is key and Akpejiori is fully aware that he needs to refine his brutal approach to the sport.

“For me to get to that next level, the Anthony Joshua level, Tyson Fury, Deontay Wilder and Oleksandr Usyk level, I really have to learn how to box in a very hostile situation and possibly get the knockout, but get to box and show a lot of maturity through a whole 12-round period,” Akpejiori has told Sky Sports.

Jason Bergman might be a veteran who has lost as many fights as he’s won, but the awkward southpaw could offer a little more insight into Akpejiori’s capabilities when they share the ring on Saturday in Miami.

Joseph Parker was extended into the eighth round by Bergman, while in more recent years, Akpejiori’s rivals such as Sanchez and Arslanbek Makhmudov have made short work of the Alabama man.

For Akpejiori, another display of demolition is required to enhance his ranking and reputation.

July 6, 2021 Boxing Comments Off on Anthony Joshua and Tyson Fury are being pursued by devastating punchers like Raphael Akpejiori – but are they a real threat?
NFL News