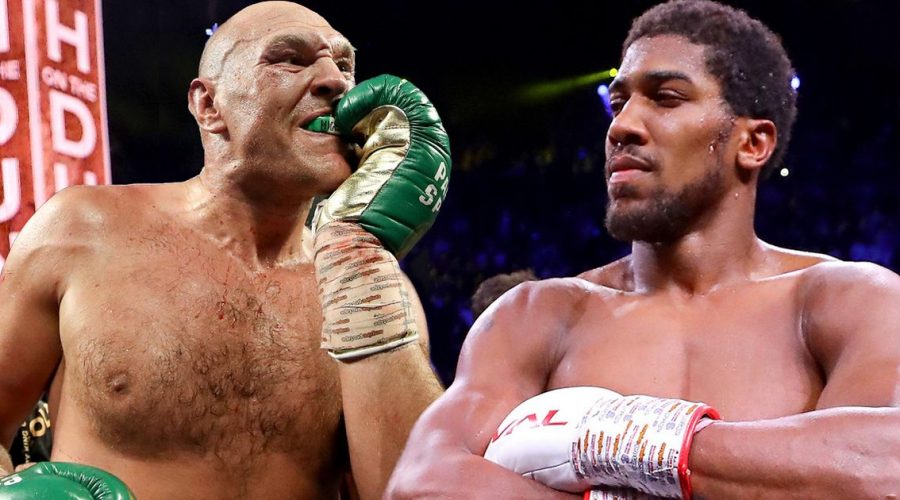 Anthony Joshua and Tyson Fury have agreed a date and venue for their £200million mega-fight.

The heavyweights signed a contract for their undisputed world title fight last month but had neither a host or a date.

Promoter Eddie Hearn then embarked on a six-country, four-continent world tour in a bid to secure an offer and returned with four.

He presented them to both fighters last weekend and they have selected their favoured option with an official announcement now imminent.

"Both sides have approved the site offer that they want to go with and we're just finalising the site deal and we're in a great place," Hearn told Behind The Gloves.

"I saw Tyson yesterday, we had five or 10 minutes together. It was good, I don't know what's in his mind but what he cemented in my mind is that this is the only fight he wants and it's the same with AJ.

"I'm not going to go into where it's going to be held but it's been agreed by both sides and you will get the date soon and the official announcement.

"Everyone wants this fight as soon as possible; there is no option for this fight to go at the back of this year.

"What was available was a summer fight for the undisputed heavyweight world championship and that's what you're going to get.

Saudi Arabia has long been the frontrunner to host the fight having done so for Joshua's revenge mission against Andy Ruiz Jr in 2019.

Offers were also expected from America and Qatar with Wembley a rank outsider due to the coronavirus crisis.

The first fight will crown the first undisputed heavyweight world champion since Lennox Lewis held the honour in 1999.

Joshua set up the fight by beating Kubrat Pulev last December while Fury has not fought since he stopped Deontay Wilder in their rematch last year.

The scheduled third fight was scrapped after one delay too many convinced Fury to walk away and instead target Joshua.