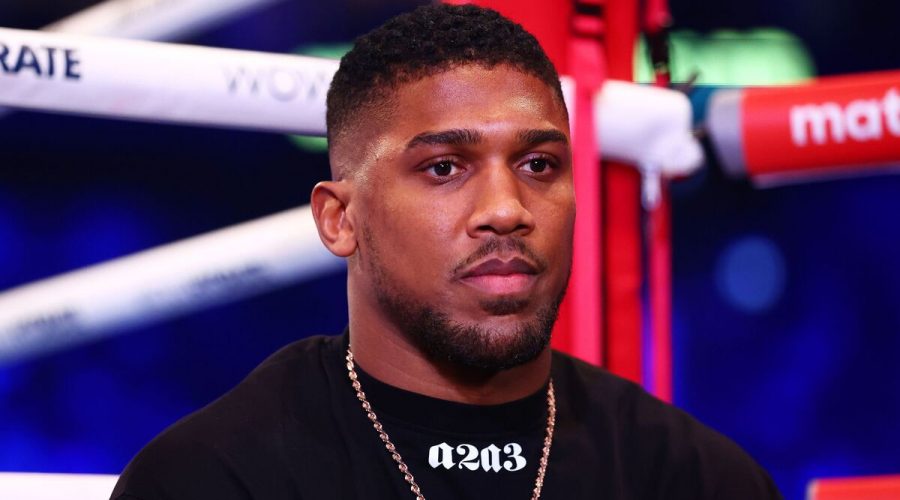 Anthony Joshua will return to the ring in April for the first time since losing his second consecutive bout with Oleksandr Usyk. The Brit was demoralised after failing to win back his WBA, WBO and IBF world heavyweight titles last August, and took a break from the sport as a result.

But a refreshed and recharged AJ will contest a bout with Jermaine Franklin at London’s O2 Arena on April 1 after agreeing terms, according to the Daily Mail.

Joshua and Franklin have reportedly agreed financial terms for the fight and will sign the final paperwork this afternoon. This is a must win fight for the 33-year-old as he looks to reassert himself in a competitive heavyweight division.

The news comes after Express Sport revealed last week that an agreement was very close between all parties, with some aspects having to be ironed out beforehand. Sources had said that before the deal was finalised, the American would receive a guaranteed purse in the region of £800,000.

Franklin – who trained alongside Tyson Fury in the build-up to his showdown with Dillian Whyte last November, will be no easy task for AJ. The 29-year-old lost his encounter with ‘The Body Snatcher’ and will be relishing the chance to get on the winning trail with a win over the Watford local.

Joshua was previously linked to unbeaten Australian heavyweight Demsey McKean as the southpaw called for the fight after he won the IBF Intercontinental heavyweight belt last October. AJ was also in discussions with Fury for a blockbuster title fight, but sadly for all British boxing fans, negotiations broke down and the Gypsy King went on to fight Derek Chisora and eased to victory.

Ahead of his next fight, Joshua seems to have settled on Derrick James as his next trainer and Roy Jones Jr believes that is a ‘great decision’. Joshua parted ways with long-term trainer Rob McCracken after his first loss to Usyk and hired Robert Garcia ahead of his next bout with the Ukrainian.

But after losing consecutive bouts for the first time in his career, Joshua ended his partnership with Garcia and since then has been touring the United States in the hope of finding the right man for the job. He now seems to have found that in the form of James, who also works with unified welterweight world champion, Errol Spence Jr, and undisputed super welterweight title holder, Jermell Charlo.

“And then a couple of days later he said okay. He stayed with James, and that was perfect for him because I think James may be able to get him to apply the type of pressure that he needs to apply as a bigger man when he fights people like Usyk.”