Andy Ruiz Jr was a stone-and-a-half heavier than Anthony Joshua before their world title fight at Madison Square Garden in June. At the weigh-in, his official weight was recorded as 268lbs (19st 2lbs).

But living the life of a heavyweight champion could have a major impact on Ruiz Jr’s lifestyle, and subsequently his weight, warned David Haye.

The Snickers-loving boxer has been the star of the show since his shock win over Joshua, and he’s even met the Mexican President.

Everybody wants to celebrate with him, Haye told Express Sport, and soon the consequences of constant partying will start to build up.

“I’m expecting Andy Ruiz Jr – if anything – to put a little bit of additional weight on,” said the former Heavyweight Champion.

“He’s now been invited out by the President of Mexico; Everybody wants to take him out for a drink, everyone wants to have a celebration with him – he’s the new Mexico champion.

“Some people rise to the occasion, some people think ‘that’s it’. They’ve hit the jackpot, they’ve done what they’ve always wanted to do. They’ve got a bank full of money, and they start spending it on food.” 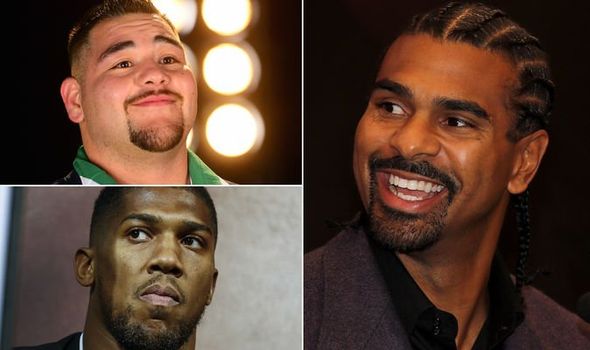 Haye used the example of James ‘Buster’ Douglas to illustrate his point.

Douglas fought the undefeated Mike Tyson in 1990 as a huge underdog. But, he shocked everyone when he knocked out Tyson in the 10th round to become the new undisputed heavyweight champion.

As his fame rose, his love affair for food grew with it, and he was almost killed when he fell into a diabetic coma after eating himself to over 400lbs (29st).

“Buster Douglas did the impossible and knocked out Mike Tyson,” added Haye. “He then had a fridge built into his bedroom – a giant fridge – so he didn’t have to walk downstairs to the kitchen to eat.” 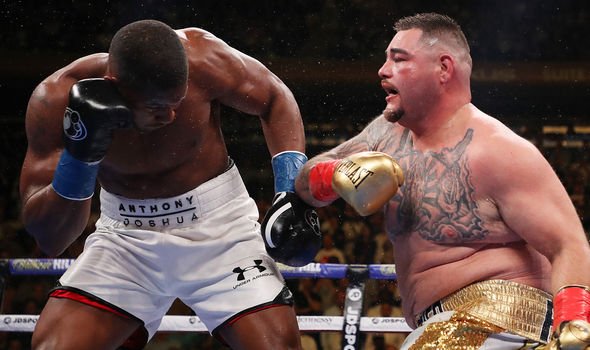 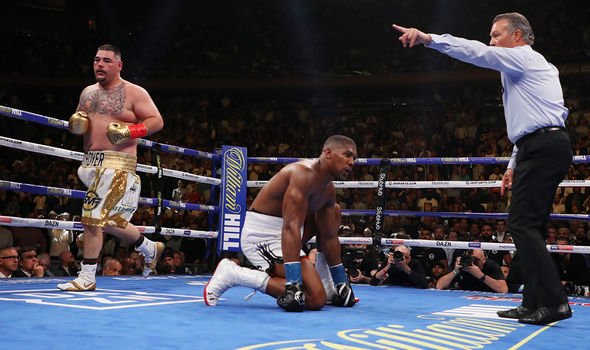 The highly anticipated rematch between Ruiz Jr and Joshua is scheduled for December 7 in Saudi Arabia.

After confirming the rematch, Ruiz said: “I’m excited to announce my rematch with Anthony Joshua.

“In the first fight I made history and became the first-ever Mexican/American heavyweight champion of the world. I am grateful to Saudi Arabia for inviting me.

Joshua goes into the fight as a firm favourite once again, but he’ll certainly need to change his tactics if he wants to win back his three title belts.