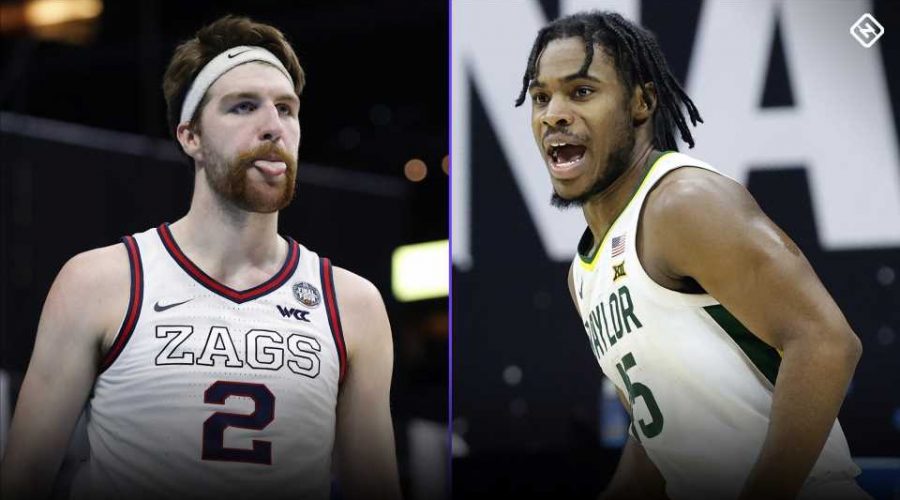 For all the Madness we have enjoyed in the 2021 NCAA Tournament — literally, the most upset-filled tournament in the history of March Madness — we still have arrived at a foregone conclusion.

No. 1 Gonzaga (31-0) and No. 1 Baylor (27-2), the consensus top two teams in the country for a majority of the season, will face off in the final game of the 2021 NCAA Tournament. Both the Bulldogs and Bears have been the clear best team when they have taken the court this March, winning by a combined average of 18.0 and 15.2 points per game, respectively.

The only contest that was in doubt was Gonzaga’s Final Four test against UCLA. The Bulldogs got everything they wanted and more out of the Bruins, and needed a Jalen Suggs halfcourt, buzzer-beating 3 in overtime to prevail 93-90. Whether that means Gonzaga will be battle-tested or wearied on Monday remains to be seen.

Just because Gonzaga got a tough game against the 11-seeded Bruins doesn’t mean they played poorly. On the contrary, all five of Mark Few’s starters scored in the double digits, with Drew Timme, Corey Kispert, Suggs, Andrew Nembhard and Joel Ayayi all making timely plays to keep the Bulldogs in contention. They’ll face a Baylor squad that is also playing excellent ball, particularly behind guards Jared Butler and Davion Mitchell.

Something has to give in both teams’ bid for their first-ever national title. Will the Bulldogs complete their unbeaten run and advance to 32-0? Or will the Bears become the latest team to deny perfection while securing their first championship in program history?

Here’s everything you need to know about Monday’s matchup

What channel is Baylor vs. Houston on tonight?

CBS, which has exclusive broadcast rights for the 2021 Final Four and national championship game, will air Gonzaga-Baylor on Monday.

The national championship game between Gonzaga and Baylor is scheduled to tip off at 9:20 p.m. ET on Monday, April 5.

Where is the NCAA Tournament championship in 2021?

Lucas Oil Stadium will serve as the site for the national championship game. Because the COVID-19 pandemic forced the 2021 NCAA Tournament to be played entirely in the state of Indiana, the venue also was used as early as the first round to host games.

March Madness will move to New Orleans in 2022, Houston in 2023, Phoenix in 2024 and San Antonio in 2025 before returning to Indianapolis’ Lucas Oil Stadium in 2026. Below are the full dates for the Final Four in each of the next five seasons.

Gonzaga opened as a 4.5-point favorite over Baylor, and the line stayed consistent through noon ET on Sunday. The Bears had little trouble overpowering 2-seeded Houston in the Final Four, a team that had previously only faced double-digit seeds. The Bulldogs, however, fought tooth and nail in a power struggle against 11-seed UCLA, winning on a last-second overtime heave from freshman Jalen Suggs. Whether that will have any bearing on the teams’ play on Monday remains to be seen, but now both teams have been battle-tested in the tournament:

Below is spread, over/under and moneyline for Baylor-Houston as of noon ET on Sunday, April 4:

April 5, 2021 Basketball Comments Off on What channel is Gonzaga vs. Baylor on today? Time, TV schedule for 2021 NCAA Tournament championship
NFL News