Melbourne United face a difficult off-season with the bulk of their side entering free agency.

After losing the NBL grand final series 3-1 to Perth Wildcats, Melbourne officials used Sunday night to celebrate their achievements, but they know they have some long weeks ahead to keep their side among the best in the NBL. 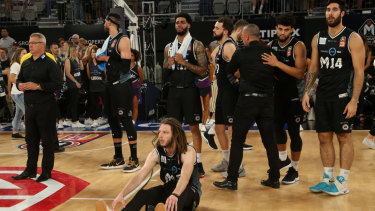 Ware and Barlow will likely be top of the list but all three imports still have major value around the world so could be hard to fit into their budget. 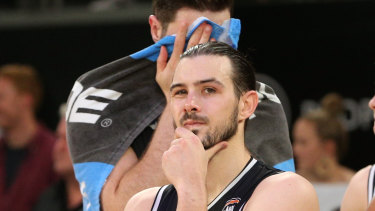 Usually Melbourne waits to sign their imports until after they attend the NBA Summer League and look over prospective talents.

Melbourne coach Dean Vickerman praised his players for their season but acknowledged that he hoped the core of the side could remain together.

"There is a core group of players who have been pretty special over these last two years," Vickerman said after Sunday's 97-84 game four loss to Perth in front of 10,007 supporters.

"So we will celebrate this season. It didn't pan out, but we gave ourselves a chance to go back to back, and can celebrate that now. 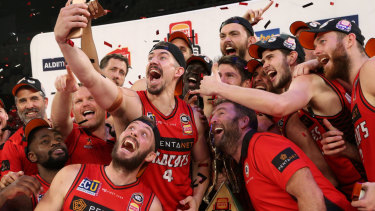 Wild times: Perth’s Greg Hire takes a team selfie with the trophy after claiming the NBL championship on Sunday.Credit:AAP

"It's elusive to go back-to-back in this sport but I hope this club gets another chance at it at some stage to get it done.

"We will celebrate this one, then the business will start in a couple of days about moving forward and who we want to re-sign before free agency."

Goulding said the feeling between winning last season's title and losing this season's decider were stark, but his side still did well to include new signings and still remain at the top end of the league.

A last-round loss to Cairns denied Melbourne top spot and home court advantage for the finals but Goulding said Perth were the better side.

"We can rue that Cairns game at home all we want, but we made it through to a grand final," Goulding said.

"We put ourselves in position to win. To be able to work through the stuff, get to know the guys while taking everyone's best shot. I'm proud to get back here, disappointed we couldn't get the job done."

Despite the series only lasting four games this grand final series set a new crowd record with 45,971 fans in attendance, beating last year’s record of 44,260 over five games.