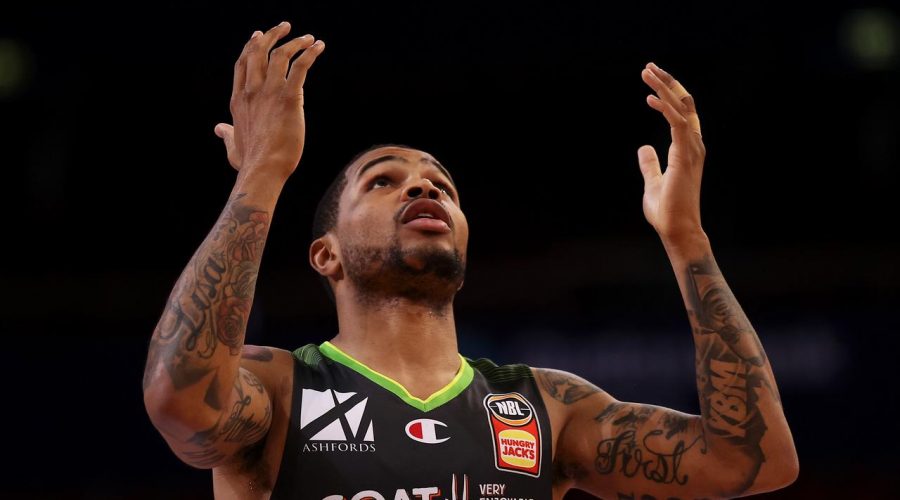 South East Melbourne Phoenix have kept their season alive, reversing a Game 1 drubbing to level the NBL semi-final series at 1-1 with a 90-79 win over Melbourne United at Sydney Olympic Park.

The gutsy performance sets up a Tuesday night decider with a spot in the Grand Final on the line.

Holding no answers for United star Jock Landale throughout NBL 21, it was a renewed aggressive style on both ends of the floor that opened the door for the Phoenix to pull off the upset win in Game 2.

Coming off a 26-point display in Game 1, the intent of the Phoenix when it came to Landale was clear from the opening tip. Sending an immediate double every time he touched the ball on offence and consistently attacking on the other end of the floor.

Landale’s first bucket came on a dunk midway through the third quarter, with foul trouble leaving the big man frustrated throughout.

The night went from bad to worse for Landale, when he fouled out of the game with 5:55 to play after tussling under the basket with Yannick Wetzell, setting the scene for a classic finish with United up 76-72.

Combining for just 27 points on 20 shots it was South East Melbourne’s star duo of Mitch Creek and Keifer Sykes that rose to the occasion. Establishing attack mode early, the pair combined for 21 points in the first quarter, connecting on seven of the nine made field goals for the period.

Down the stretch it was all Creek, with a personal 9-0 run turning a 77-77 game into an 86-77 lead. It was vintage Creek, with a 3-point make mashed in with some old school bully ball. Creek and Sykes each tallied 26 points.

That he will. The series is back on.

Dean Vickerman’s side is looking for its first premiership win since 2018. (Photo by Mark Kolbe/Getty Images)Source:Getty Images

Melbourne United’s bench gunner Scotty Hopson is in scorching hot form. Dropping 22 points in just 19 minutes on Friday night, it was once again the American import who looked unstoppable on the offensive end.

Hopson dropped 19 points to lead United in scoring, finishing 6-for-11 from the floor and 3-for-7 from 3-point territory. Named as a finalist for the Sixth Man of the Year award last week, the dynamic scorer is on a tear.

It’s been a rocky return to the floor for Ryan Broekhoff in NBL 21, with the Olympic representative struggling with a variety of injuries that kept him from finding his rhythm. After just eight points in Game 1, Broekhoff tallied four in Game 2.

The look of bewilderment and frustration was etched across the faces of players and coaches from both camps in this one. A total of 56 fouls were called and 68 free-throws were attempted. With both teams playing physical defence, the officials did not buy into the old adage of ‘letting the guys play’.