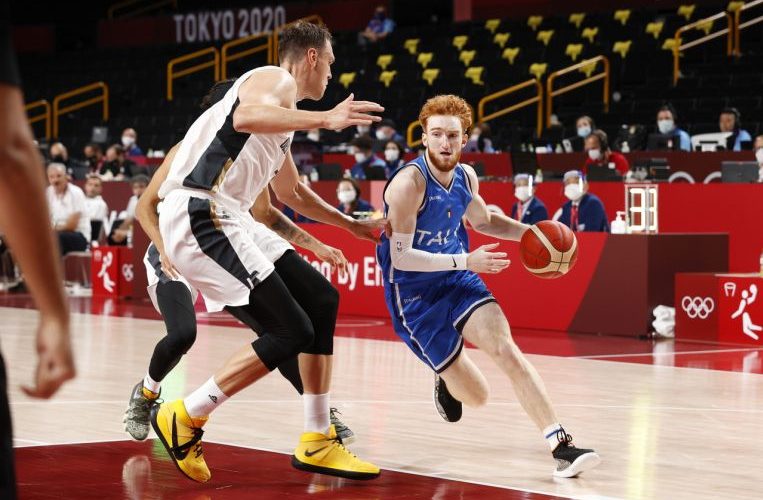 SAITAMA (REUTERS) – Italy pulled out a gutsy 92-82 win against Germany in a bruising encounter characterised by sweet shooting, hard-nosed defence and physical play.

Germany were scorching hot in the opening frame as they gained an early 10-point lead. But Italy’s tough defence helped them close the first half down by only three points on the back of much-needed scoring off the bench by Danilo Gallinari. The NBA veteran of 11 years finished the game with 18 points.

Germany’s Maodo Lo was scintillating for two and a half quarters, torching the Italians with 21 points, but he managed only three points the rest of the way.

Lo told reporters after the game that Italy’s aggressive defense in the fourth quarter had stifled Germany.

“I think we played okay for 36 minutes … we really just folded at the end,” Lo said. “We were in a position to win this game and we kind of gave it away.”

The final quarter was played at a furious pace with bodies flying all over the floor. The game was tied half-way through the quarter.

Simone Fontecchio gave Italy the lead with a three at under four minutes to play, while Nicolo Melli’s three pushed the lead to four, the Italian bench roaring their approval at the comeback. Fontecchio had 20 points, a game high for his side, and was a perfect 5 for 5 from the three.

Tough shots by Melli and Gallinari widened the gap in the final seconds and iced the game for Italy. The Italians gathered in a huddle and let out a roar at the end of the game that echoed in the spectatorless arena.

Italy’s coach credited the Olympics stage for his side’s intensity. “It’s important to put (it) all in the game,” said Romeo Sacchetti.

Earlier on Sunday, the Czech Republic withstood a furious late rally by Iran to win 84-78 in their first game at the Olympics.

Helped by a 52-point contribution off the bench, the Czechs led for most of the game and at one point had a 22-point lead.

Scoring by guard Behnam Yakhchalidehkordi in the fourth quarter almost brought the Iranians all the way back, cutting the lead to four points with a little over a minute left.

But the Czechs held on for the win, with forward Blake Schilb scoring key baskets late to push the margin back up to six.

Schilb ended up with 14 points for the game and back-up centre Patrik Auda’s 16 points off the bench was a game high for the Czech Republic.

But they came close to overcoming those deficits as they rode Yakhchalidehkordi’s hot hand, who finished with the game high of 23 points.

Schilb veteran’s steadiness got the Czech Republic over the line, with crucial baskets down the stretch.

“Blake brought his experience,” said coach Ronen Ginzburg. “We had so many open shots, he has the experience to make these shots.”