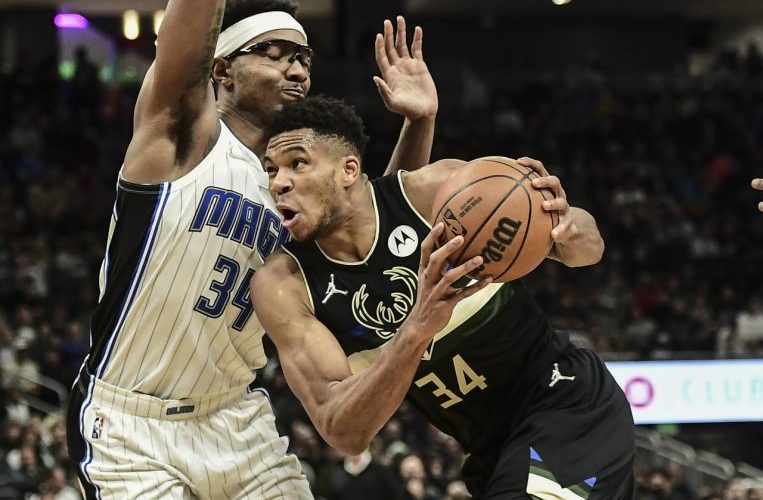 (REUTERS) – Giannis Antetokounmpo had 32 points and a season-high 20 rebounds, Bobby Portis added a season-high 24 points with the help of six 3-pointers, and the host Milwaukee Bucks defeated the Orlando Magic 117-108 on Saturday (Nov 20).

Antetokounmpo went 15-for-23 at the free-throw line, while Portis also had 15 rebounds for his fourth double-double of the season. The Bucks won their third game in a row for the first time this season.

Hampton’s steal and layup with 2:05 left. But Antetokounmpo’s dunk with one minute to go helped the Bucks get some breathing room, 111-101.

The Magic outscored Milwaukee 37-21 in the fourth quarter behind the play of their reserves, as Hampton scored 13 of his 19 points. He also finished with nine assists.

Milwaukee’s three wins have come to start a five-game homestand, which continues with another matchup against Orlando on Monday night. The Bucks also completed a back-to-back sweep that included Friday’s 96-89 win over Oklahoma City.

Orlando dropped a back-to-back set that began with Friday’s 115-113 loss to the host Brooklyn Nets.

Cole Anthony, Orlando’s leading scorer at 19.6 points per game, did not play Saturday due to a sprained right ankle after he had 16 points and nine assists against Brooklyn.

Milwaukee made 12 3-pointers in the first half and finished 19-for-40 (47.5 percent) from beyond the arc. Seven Bucks players made triples, paced by Portis’ season-best 6-for-7 performance.

Jalen Suggs posted 14 points, six rebounds and four assists for Orlando, which finished 19-for-51 from 3-point range, and Chuma Okeke contributed 13 points off the bench on 6-for-11 shooting.

Connaughton and Allen each scored five points during a 13-0 run that gave the Bucks a 29-14 lead with 3:22 remaining in the first quarter. Milwaukee led by as many as 17 points early in the second quarter before Orlando narrowed the gap to 62-50 by halftime.

But the Bucks opened the second half with another 13-0 run, as Middleton hit a step-back jumper at the 8:05 mark for a 75-50 advantage.

The lead grew to 86-59 when Antetokounmpo spun into the lane and threw down a two-handed dunk. The Bucks outscored Orlando 34-21 in the third quarter for a 96-71 lead.