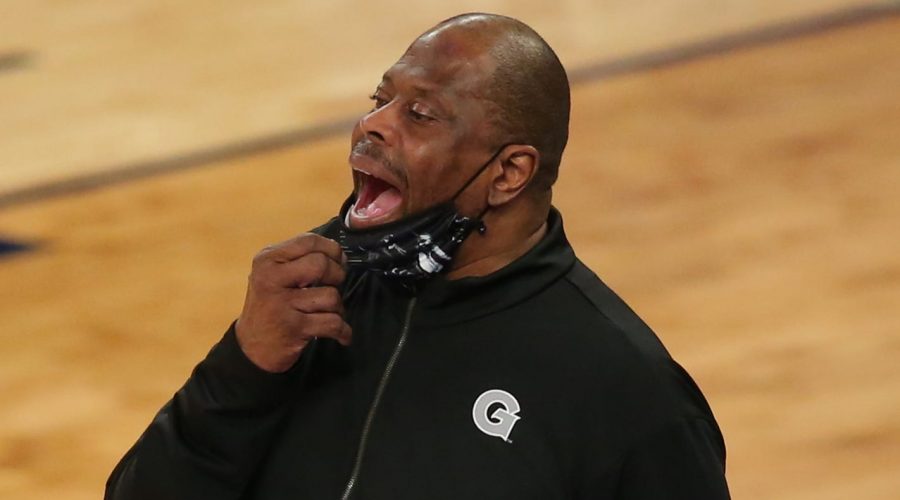 When it comes to the New York Knicks, there probably isn’t a more recognizable figure than Patrick Ewing. His 15 seasons in New York are basically all Knicks fans have to hold onto these days.

So, you’d probably expect the red carpet to get rolled out for Ewing whenever he returns to Madison Square Garden.

Ewing – currently Georgetown’s head men’s basketball coach – was back at MSG on Thursday for the Hoyas’ upset win over top-seeded Villanova in the Big East Tournament. But it wasn’t all smiles for the Knicks legend after the game.

“Is this Madison Square Garden? I’m going to have to call Mr. Dolan and say geez is my number in the rafters or what?” – Patrick Ewing

He was taken aback at how often he was “accosted” by security and asked to show his credentials throughout the arena.

"I thought this was my building. And I feel terrible that I’m getting stopped, accosted, asking for passes. Everybody in this building should know who the hell I am. I’m getting stopped. I can’t move around this building. I was like, ‘What the hell? Is this Madison Square Garden?’ I’m gonna have to call Mr. [James] Dolan and say, ‘Jeez, is my number in the rafters or what?'”

Madison Square Garden Entertainment released a statement Thursday night, which said that Ewing and Dolan did in fact touch base:

"Jim and Patrick have a long-standing relationship; they spoke this afternoon and reaffirmed that. We all know, respect and appreciate what he means to The Garden and New York."