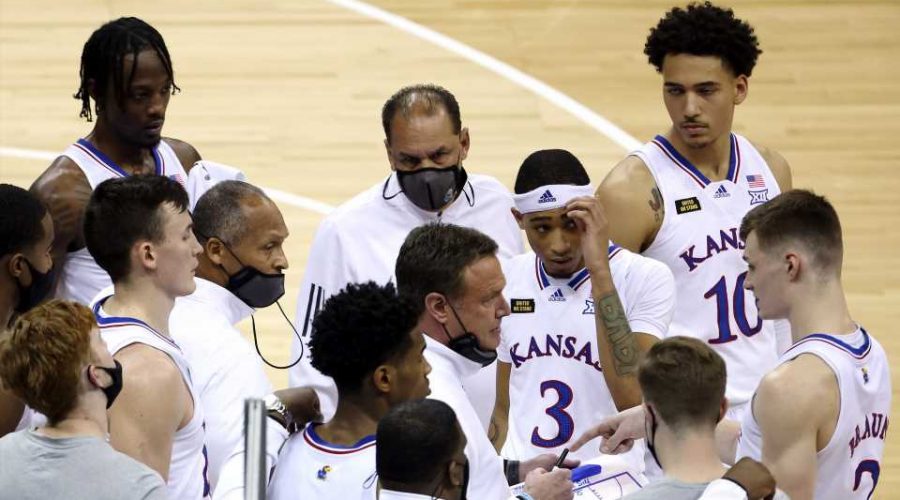 If only the Big 12 Conference had elected to stage its men’s basketball championship a week earlier than is customary, seven days or so in advance of the NCAA Tournament’s Selection Sunday, we would have been spared the angst of waiting to hear whether Kansas will be available to compete in March Madness.

But just the angst.

It’s entirely possible that Kansas could have had to deal with a positive COVID-19 test in its program even while sequestered back home in Lawrence and still faced the same predicament relative to participating in the NCAA Tournament. Or it could have been some other program, in addition to KU, Virginia and North Carolina A&T.

It isn’t as if there haven’t been positive tests, pauses, postponements, cancellations and disruptions throughout the 2020-21 season.

There will be many who criticize the college basketball establishment for not staging conference tournaments sooner. Had there been more time in between, they will say — they are saying — then the situation developing now would not have occurred.

That’s false. It could have happened just as easily, it just would have been private rather than extremely public.

We don’t know how or when a KU player came in contact with the virus. Remember, KU left two players home in Lawrence because of COVID protocols. Wichita State, which opened Friday in the AAC Tournament, did the same. If the only requirement for avoiding the virus were not playing in basketball tournaments, it wouldn’t be a pandemic.

We only know that we know someone tested positive, because the Jayhawks were forced to withdraw from the Big 12 Tournament as a result and their status for the NCAAs is undetermined.

If they were home in Lawrence this week and a player tested positive, it would have been as secret as they wished it to be until they either showed up in Indianapolis without that guy or KU announced that it had been forced to call the NCAA and declare that it was unavailable to participate in the tournament.

The overwhelming majority of the 31 conference tournaments have proceeded, to date, without COVID disruptions. It’s a terrible disappointment for Kansas, Virginia, Duke, North Carolina A&T, Florida International and Northern Iowa that they were unable to complete their pursuit of tournament championships. This is how college sports have gone, though, since their return.

It would be lovely if there were a simple answer to this, but there is no perfect way to stage a college basketball season and assure that everyone is around when the biggest games are played. The alarmism, the search for the simplest of answers to the most complex of problems — it’s not helping anything.

There will be 68 teams in Indianapolis next week. Let’s hope the Jayhawks and Cavaliers are among them, because they’ve earned it.

March 12, 2021 Basketball Comments Off on Kansas predicament shows there are no easy answers for staging March Madness during pandemic
NFL News