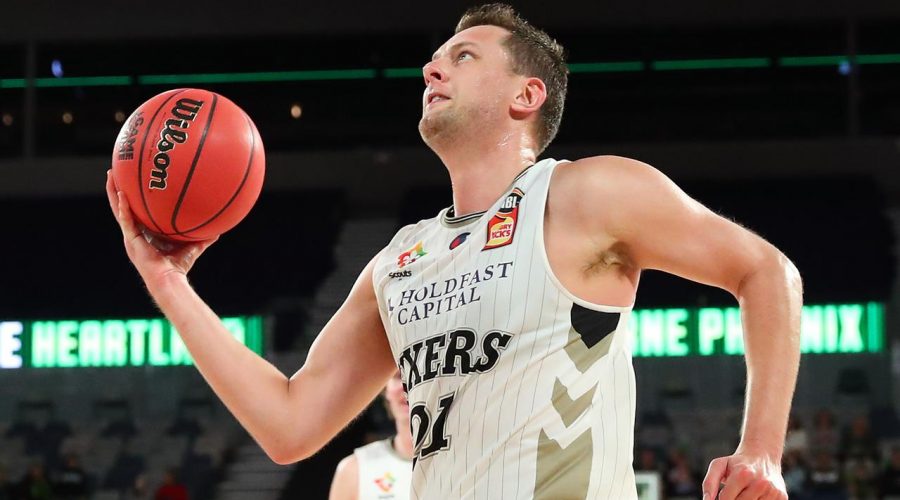 The measure of a man is through his actions, not his words – a quality unassuming Adelaide 36ers centre Daniel Johnson has personified on his journey to 350 NBL games.

Rarely one to waste words, Johnson has built a stellar career, and a respected reputation, on the back of consistent performances dating back to his first professional stint with the Melbourne Tigers in 2008.

More than a decade on, Johnson is still producing as one of the NBL’s most underrated players.

On Saturday, he will celebrate a special milestone when the 36ers host the Brisbane Bullets.

You could forgive Johnson for soaking up the deserved credit, but in true fashion he is focused on putting his team first.

The 36ers are in seventh position and need to win nine of their final 10 games to have any chance of making the finals.

It’s a daunting prospect, but Johnson hasn’t given up on the season just yet.

“We’ve got a full squad now; we’ve had a few games under our belt, so we should be playing our best basketball right now,” Johnson said.

“If we are good enough to make it, stranger things have happened, and we are still confident that we can get a little string going.

“We need every win we can get at the moment, so it is not different to any other game, and we’ve just got to come out and try and get a win at home where we have been playing pretty well lately.”

He knows many players have tried, and failed, to reach his level.

“Oh, I’m just excited to have been at the club for this long,” he said.

“It is a great club; I love it, and just being able to represent it for this long is pretty special.”

Adelaide rookie Josh Giddey has a huge future ahead of him after declaring for the 2021 NBA draft. Picture: Kelly Defina/Getty Images.Source:Getty Images

As Johnson celebrates 350 NBL games, his Adelaide teammate Josh Giddey is only just starting out following a standout rookie season.

Giddey is now NBA bound after declaring for the 2021 draft.

Johnson has no doubts that the Melbourne-born guard is destined for big things in America.

“That is special, so I’m excited to see what he goes on and accomplishes.

“It is great for Josh.

“He is loved around the group, and everyone really respects what he is doing and what he has been able to achieve at such a young age.

April 30, 2021 Basketball Comments Off on Johnson refuses to give up on 36ers’ season
NFL News