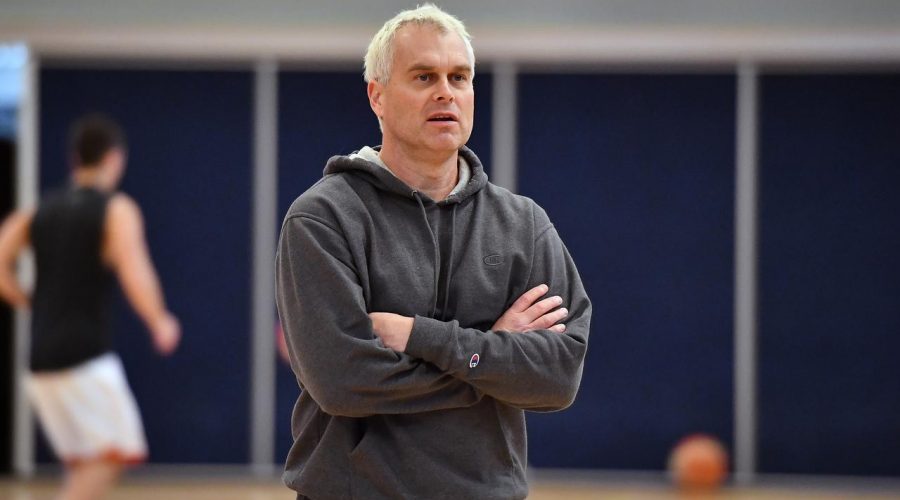 Boomers legend Shane Heal has been named the new Sydney Flames coach in a significant signing for the franchise . . . and his daughter Shyla could join him in a potent coach/marquee player package.

As revealed by the NCA NewsWire, Heal has been unveiled as the Flames head coach after the franchise parted ways with Katrina Hibbert following the expiration of her contract.

Hibbert’s exit from Sydney has been frowned upon by some former players, who believe the two-time WNBL MVP was poorly treated with her departure from the club.

There is also a belief that a woman should be in charge of the Flames, but club officials have opted to secure an Australian basketball icon in Heal on a three-year deal.

The Kings legend has built an impressive coaching resume since the conclusion of his playing career, and has a strong track record and passion for women’s basketball and the development of elite talent.

Sydney Uni Flames owner Paul Smith confirmed Heal’s appointment comes off the back of an extensive review of the past season and is part of a long term plan to grow the Flames program both on and off the court, particularly with a spotlight firmly placed on women’s basketball leading into the FIBA Women’s World Cup being hosted in Sydney in 2022.

“When you think Sydney basketball Shane Heal is usually a name that is part of the equation,” Smith said.

“Welcoming Shane back into the Kings-Flames family only reinforces our commitment to tapping into the talent around us.

“Shane has a long, impressive history with representing Sydney, and it is a return in many respects with both the Kings and Flames now both sitting together under a single ownership structure.

“Not only does he have great experience to lead the Flames on the court, but he is well equipped to help us develop them off of it. He has a great understanding of NSW basketball through his own elite coaching programs and having had two daughters come through the systems..

“We have a tremendous opportunity for growth right in front of us with the Women’s World Cup being played in Sydney next year, and we believe Shane is the right person to help us capitalise on that.”

In a further boost for the Flames, Heal’s daughter Shyla – one of Australia’s best rising talents from guard, is also on the club’s radar.

The reigning WNBL Youth Player of the Year and rising Opals star is currently preparing for the WNBA draft on April 15 and is hopeful of picking up a team in the world’s best women’s league.

In a recent ESPN WNBA mock draft, Heal has been predicted as a first-round pick at 11, which would be a major achievement.

The WNBA season start date is yet to be locked in, but the competition has traditionally commenced in May in the past.

The WNBL season structure, including dates, also hasn’t been finalised but there is a chance that Heal could return to Australia for a stint in the WNBL and it’s understood the Flames are interested if they can make it happen.

The 19-year-old is coming off a stellar season with the Townsville Fire where she helped guide the franchise to the WNBL grand final before losing to eventual champions, the Southside Flyers.

At present, WNBL clubs can’t sign players until Basketball Australia confirms the free agency window, with a date yet to be confirmed.

It’s why the Flames will take a cautious approach to potentially picking up Shyla as a signing depending on her looming WNBA and national team commitments with this year’s Tokyo Olympics set to start in July.

Heal senior represented Australia at four Olympic Games, two World Cups, and among his greatest highlights, captained the Kings to its first ever NBL Championship in 2003.

He got his first taste of coaching while as a player-coach for former NBL side, the South Dragons in 2006 where he spent two seasons. As head coach of the Sydney Kings, he coached the club to their first finals appearance in eight years and came within one game of returning them to the finals the following season.

In 2014 he coached the Wellington Saints to an NZNBL Championship, before being appointed the head coach of now defunct WNBL team the South East Queensland Stars in 2015.

The Stars were dissolved and left the WNBL after just one season.

Most recently he has spent three years leading the women’s program for the Sutherland Sharks in the BNSW Waratah League (recently re-named to NBL1 East), including a Grand Final appearance in 2018.

Heal, who runs his own Elite Basketball Development clinics, is determined to continue discovering and developing elite female basketballers in his role as the Flames head coach.

“I’m really excited for the journey ahead with the Flames and can’t wait to get started. After hearing Paul Smith talk about his vision for the club it was a natural fit with my passion for coaching and developing women’s basketball,” Heal said.

“I am a proud girl-dad, so the opportunity to lead the Flames back to its rightful place atop the women’s sporting landscape is something I’m deeply committed to fulfilling.”

Part of Heal’s role will also spearhead a soon to be launched Flames Academy to ensure both a pathway for talented juniors and encouragement of all young girls to participate in basketball in NSW.

“I think Shane’s appointment is a good thing,” Gorman said.

“He is passionate about the game, hopefully he will help lift the profile of women’s basketball because we need people watching our sport.

“Shane was an amazing player and he has got a winning attitude, so I think he will be really great for the game.”