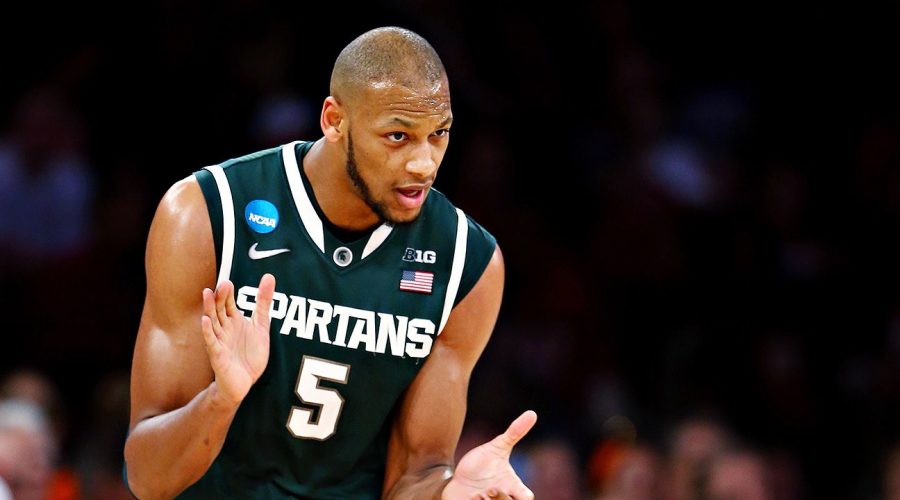 Former Michigan State star Adreian Payne was shot and killed in Orlando, Florida, early Monday while trying to help a woman engaged in a domestic dispute, according to court documents released Tuesday.

Lawrence Dority, 29, pleaded not guilty after being arrested on a first-degree murder warrant in the shooting. Court documents filed in the Orange County Sheriff’s Office’s investigation state that Payne and his girlfriend, whose name was redacted in the report, went to the home of Dority at the request of Dority’s girlfriend, Tatiana Mesa.

Payne’s girlfriend said Mesa had called her to intervene in past disputes with Dority to “prevent any physical violence.”

Payne and his girlfriend were parked near the home of Dority, who arrived with his father in his father’s car. Dority, per witnesses, approached Payne near his vehicle.

Dority and witnesses offer different accounts of what happened next. Dority, who is 5-foot-8, told authorities he felt threatened by 6-10 Payne because of his size and claimed Payne told him, “I’ll smoke you, brah” during an argument. He said Payne started to reach for what he thought was a weapon before Dority walked into his residence, retrieved a gun and fired the single shot that killed Payne.

No firearms were found in Payne’s vehicle.

Payne’s girlfriend told authorities that Payne did not pose a threat to Dority and that they showed up only to play “mediator.” Another witness said Payne did not make any “threatening motions” toward Dority. Through video and audio captured of the incident, Payne’s girlfriend can be heard telling Dority, “do not pull your gun out” and “we were asked to come here” before Dority fired his weapon.

Dority’s father got out of his car and tried to help Payne, who died at a hospital an hour after the incident. Dority called 911 and claimed an intruder had attacked him, per court documents. “This man tried coming to my house, he cut around my block and he tried shooting me,” he told dispatchers.

Florida is a stand-your-ground state where residents “in a dwelling or residence in which the person has a right to be has no duty to retreat and has the right to stand his or her ground and use or threaten to use” deadly force.

But authorities on the scene of Monday’s shooting determined that Payne did not pose an immediate threat to Dority, whom they arrested on a first-degree murder charge after questioning him at the police station.

“I’m in shock at the tragic news of Adreian Payne’s death,” Izzo said in a statement. “Our prayers are with his family, teammates and loved ones. Adreian was loved by his teammates and coaches, who respected his development as a player and a person. He came to Michigan State with a ton of raw talent and put in the work to reach his goal of becoming an NBA player.”

Payne, a 6-10 standout, played four seasons in the NBA with multiple teams. In 2018, he was waived by the Orlando Magic after he was named in a report by ESPN’s Outside the Lines as having been involved in an alleged sexual assault at Michigan State. Payne never played in the NBA again but spent the last few years of his career overseas. There were no charges filed in the reported incident.