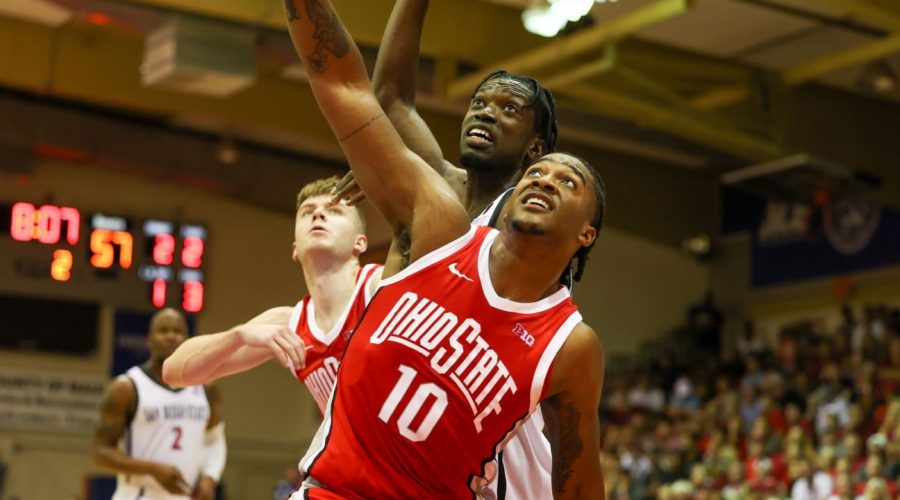 Sure, college football and the NFL will take center stage this week. But college basketball will feature an impressive slate of games, too — including the final run of the ACC/Big Ten Challenge on the ESPN family of networks.

Don’t know what to watch? No worries. We’ll help you identify the four games you can’t miss this week, and even offer a few predictions, too.

Coach K isn’t walking through that door, folks. And that’s fine with Jon Scheyer, who understands the scrutiny he faces as the successor to the game’s all-time winningest coach. But losses to Kansas at the Champions Classic and Purdue at the Phil Knight Legacy event over Thanksgiving weekend showcased the growing pains of a Duke team that hasn’t been healthy most of the season, and has only connected on 29% of its 3-point attempts — one of the worst marks in America. This week, the Blue Devils face an Ohio State team that scored 80 points in a win over Texas Tech (19th in adjusted defensive efficiency on KenPom) last week. Freshman Brice Sensabaugh (15.8 PPG, 46.2% from 3) is one of five Buckeyes averaging at least 9.2 PPG.

No. 18 North Carolina Tar Heels at No. 10 Indiana Hoosiers

Entering this season, it was easy to see the possible pitfalls in North Carolina’s late-November/early-December schedule. But the former No. 1 squad will fly to Bloomington, Indiana, desperate to land a quality non-conference win following losses to both Iowa State and Alabama (four overtimes!) after nearly dropping a game to Portland at the Phil Knight Invitational. Hoosiers star Trayce Jackson-Davis (18.8 PPG, 8.0 RPG) looks like the All-American he was projected to be entering 2022-23, and leads a team that’s shot 38.3% from 3 thus far. For a UNC squad that also has upcoming matchups against Virginia Tech, Ohio State and Michigan before Christmas, the preseason hype about its national title hopes could evaporate before New Year’s if it doesn’t find some momentum soon.

No. 7 Creighton Bluejays at No. 2 Texas Longhorns

Chris Beard lured former Iowa State standout Tyrese Hunter to Austin after multiple Power 5 schools had pursued him last summer. And the addition has changed the program. With Hunter on the floor this season, the undefeated Longhorns have, per hooplens.com, made 67% of their shots inside the arc and held their opponents to just 60 points per 100 possessions. (For comparison, the Milwaukee Bucks, who have the top defense in the NBA, have held their opponents to 106.5 points per 100 possessions this season.) But, Creighton is stacked with talent — Ryan Kalkbrenner (16.1 PPG) is one of five Bluejays averaging at least 12.0 PPG — and is top-20 nationally in turnover rate.

Both of these teams have a lot to offer — And a few things to address. Five-star recruit Keyonte George (14.8 PPG, 5.0 APG) has been key for a Baylor team ranked second in adjusted offensive efficiency on KenPom. But the Bears have also surrendered 70 or more points in their first six games, including their 86-79 loss to Virginia in the Continental Tire Challenge. For Gonzaga, Drew Timme (20.0 PPG, 7.4 RPG, 3.1 APG) is chasing the Wooden Award again as the leader of a squad with Final Four aspirations. But, the Zags’ losses to Purdue and Texas suggest the team needs its guard play to significantly improve to compete with the best teams in America.