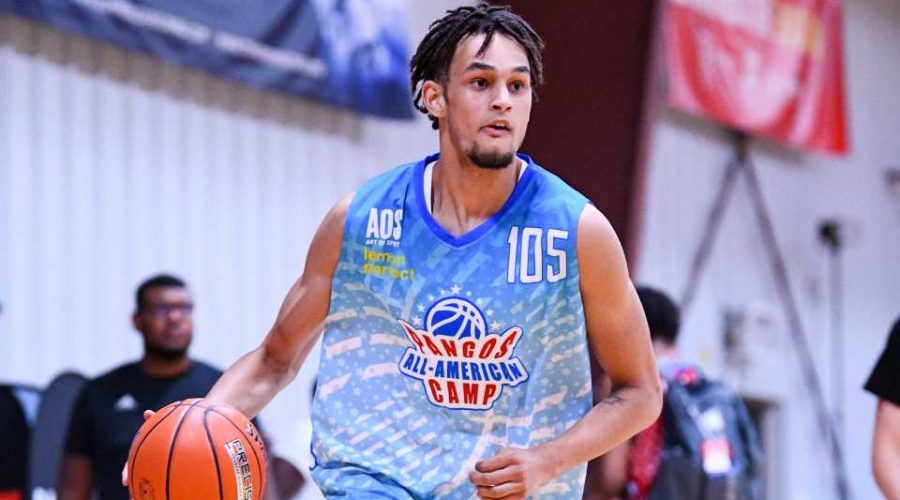 If you glanced at the list of top 100 basketball recruits on 247 Sports early Friday, you might have noticed the No. 2 prospect was a young man from Pennsylvania named Dereck Lively. Adjacent to his name — beyond his height (7-1) and weight (220) and five gold stars — was a big blue “UK,” the logo of the University of Kentucky, which was situated under a category identified as “Crystal Ball.”

The one 247 analyst bold enough to predict the outcome of Lively’s recruiting was expecting him to join the Wildcats. Before the day was out, the predictions were evenly divided between Kentucky and Duke. And by Monday morning, that indicator was 100 percent in favor of the Blue Devils, with 10 analysts and reporters all agreeing.

This was indicative of two matters, both of which will have an impact on the immediate future of college basketball: Duke almost certainly was going to land the big-man prospect next year’s Blue Devils definitely need, and the recruiting rivalry that blossomed between Kentucky and Duke over the past eight years will survive the departure of Hall of Fame coach Mike Krzyzewski.

“We’ve discussed that at 247, and I’ve been on board with saying Duke is Duke,” analyst Brandon Jenkins told Sporting News. “The foundation of Duke is ‘The Brotherhood,’ and I think it’s so strong they have the chance to get the best high school players.

“The Brotherhood is not just about being able to get players to the league and to get them to be able to get them to that second contract. It’s also the professionalism with how a Duke player carries himself. That attracts not only the prospects, but also the families of prospects.”

In a recruiting sense, The Brotherhood now is in the hands of Jon Scheyer, an All-American player and NCAA champion at Duke in 2010 whose path toward becoming a college head coach at age 35 began with an eye injury that seriously impacted his playing career. He became an assistant coach in 2014 and then was named in June as the successor to Krzyzewski.

Jason Jordan, who has covered basketball and recruiting for USA Today and now Sports Illustrated, spoke with Scheyer after he was presented with that designation and mentioned how important it would be for Duke to land a significant class for 2022 — as much to deal with the perception of others that the program might slip without the winningest coach in men’s college basketball history.

“He owned it. It’s not just to keep up appearances, but that’s part of it,” Jordan told SN. “This will be major, because he’s 1-0 in the head-to-head. That’s impressive.”

Since John Calipari arrived at Kentucky in 2009, the Wildcats compiled the nation’s No. 1 recruiting class in seven of the 12 seasons. However, since Krzyzewski chose with the Class of 2014 to focus also on recruiting the top of the prospect lists — the players who likely were to become “one and done” in college — Duke landed the top class in 247’s rankings four times and Kentucky twice. It’s close between the two now, with Duke owning the commitments of 247’s No. 2 (Lively), No. 5 (small forward Dariq Whitehead), No. 8 (center Kyle Filipowski) and No. 56 (shooting guard Jaden Schutt) prospects compared to Kentucky getting commitments from the No. 1 (shooting guard Shaedon Sharpe), No. 6 (small forward Chris Livingston) and No. 17 (point guard Skyy Clark) prospects.

Gathering the top class can be consequential. Or not. Duke’s 2014 class featured Jahlil Okafor, Justise Winslow and Tyus Jones, and they were the most important players in securing the 2015 NCAA championship. But the 2016 class that featured Jayson Tatum couldn’t avoid a second-round NCAA Tournament upset. Kentucky’s 2011 class of Anthony Davis, Michael Kidd-Gilchrist and Marquis Teague delivered the 2012 NCAA title to Lexington. But the 2020 class that featured B.J. Boston wound up with a losing season.

Some years, the No. 1 class includes a truly transformational player such as Davis, or Kareem Abdul-Jabbar in 1966. Some years, there’s not much more in an entire class than a LeBron James, the top player in 2003. James has scored 35,367 career NBA points; even with the great Chris Paul included, the next nine in that year’s rankings average 5,283 points for their career. You could have signed all nine guys of the guys ranked immediately behind James that year, but the team that signed LeBron would have had the best class.

It would not have been ranked that way, though. Sites such as 247 use a formula in their class rankings based on how many of the top players a program signs, and where those players are ranked. It’s a way of trying to make the rankings as objective as possible.

Lively is a 7-1 center from Bellefonte, Pa., currently attending the Westtown School in the eastern part of the state. Jenkins compared him to Tyson Chandler for his dynamism and ability to protect the rim, but as one might hope with a big man developed in the analytics era, there also is the potential to play away from the goal on offense.

It hasn’t been terribly often that Duke and Kentucky have fought head-to-head on a player as they did with Lively, but Duke’s success in landing him shows it will remain a force in recruiting against everyone, including the Kentucky program whose success in that arena has produced four Final Fours and seven Elite Eights in addition to the 2012 national title.