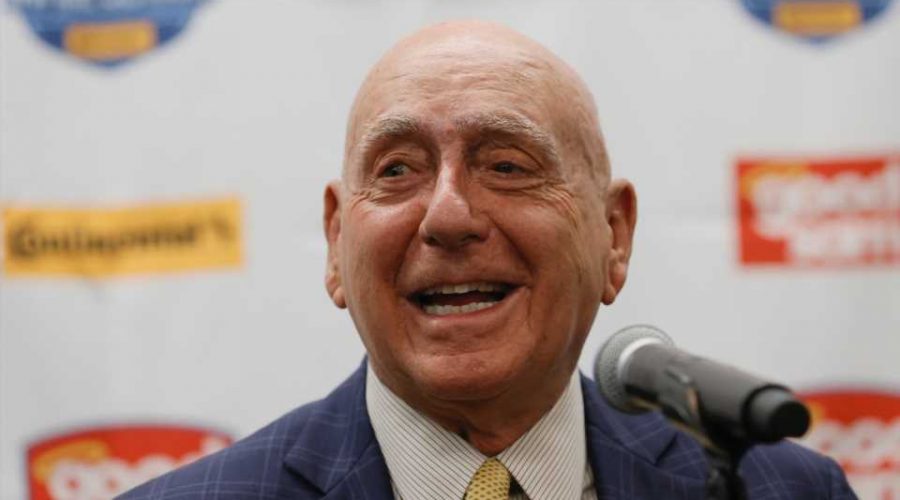 ESPN’s most famous college basketball announcer has made his return to the booth for the 2021-22 season. He’s back, baby!

Dick Vitale, 82, called the highly anticipated Gonzaga-UCLA matchup on Tuesday, his first appearance on a game broadcast since he was diagnosed with lymphoma in October. This year marks his 42nd season commentating games for ESPN.

When Vitale was first shown on the broadcast Tuesday night, he struggled to hold back tears while he spoke.

“I didn’t want to cry. I can’t believe I’m sitting here. It’s really a big thrill for me,” Vitale said. “I want to thank all you people who sent me so many great messages.”

Vitale was beyond excited when his doctors cleared him to travel to Las Vegas for the Empire Classic game between the top two teams in the country. He called it “the medicine of sitting courtside,” per Yahoo Sports.

While preparing for the game, Vitale had to reach out to coaches through the phone since his doctors wouldn’t allow him to attend shootarounds. He changed his pregame routine, and he was still able to get a scouting report ready before tipoff.

Vitale has been vocal about his cancer battle since he was diagnosed in October. He consistently tweets updates about his condition, and his fans always send him warm messages and encourage him to keep fighting.

Vitale hasn’t said if he will continue to announce games this season, but college basketball fans will take any chance they can get to hear Dickie V on the call.