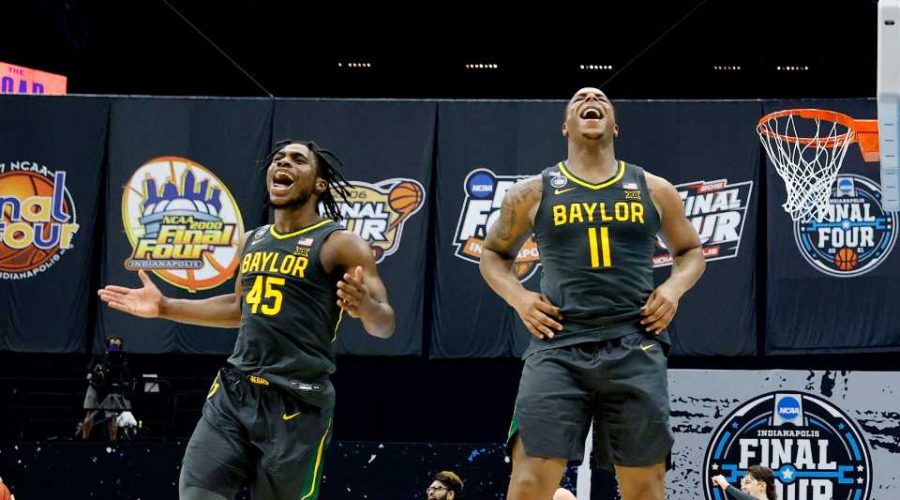 It’s true that perfection was lost: The Bears ended Gonzaga’s run at a 32-0 season with an 86-70 blowout victory in the NCAA Tournament national championship game. Baylor — whose own bid for perfection ended on Feb. 27 with a 71-58 loss to Kansas — spoiled the Bulldogs’ chance to become the first undefeated team since Indiana in 1975-76.

The Bears (28-2) accomplished that with the near-perfect two-way performance that capped a stretch of brilliance in a tournament where COVID-19 was an ever-present backdrop.

The Bears found the winning combination at the Final Four. Baylor beat Houston 78-59 in the national semifinal and finished with a two-game margin of victory of 17.5 points per game. The only schools in the expanded bracket era that were better on that stage were 2015-16 Villanova (23.5 points per game) and 1989-90 UNLV (19.5 ppg). That is prestigious company worth keeping.

This was supposed to be the long-awaited Gonzaga national championship coronation. The Bulldogs beat UCLA in the Final Four on Jalen Suggs’ overtime buzzer-beater for a 93-90 victory on Saturday. That was one of the greatest shots in one of the greatest games in tournament history. Monday seemed like a logical spot for a coronation for one of the sport’s greatest teams.

“One thing I can tell you about our guys is when the best is needed, the best is usually provided,” Drew said. “As (Robert Griffin III) would always say, ‘No pressure. No diamonds.’ Our guys, the better the opponent, the better they play. They love to be the first. First to win a conference since 1950. First to win a national championship. That really motivated them.”

With that, Baylor enjoyed the greatest start possible in the national title. The Bears jumped out to a 9-0 lead, then an 11-1 lead, in the first segment — with the help of two quick fouls on Suggs. It was the largest deficit Gonzaga faced the entire tournament. Baylor extended that lead to 33-14 with 7:51 in the first half, at which point it had committed zero turnovers.

The Bears built that lead with the new-age championship combination of defense and the 3-point shot. Baylor hit 7 of 12 from 3-point range in the first half, with MaCio Teague and Davion Mitchell combining for 24 points. Gonzaga was just 1 of 7 from that range, but the Bulldogs still managed to get back within 10, cutting Baylor’s lead to 47-37 at halftime.

“We’re really good defensively, and I thought we made things tough tonight,” Drew said. “Gonzaga missed some shots that they probably normally make. I really credit our guys for making it difficult.”

Butler hit back-to-back 3-pointers to start the second half as part of a remarkable performance in which he finished with 22 points, seven assists and six rebounds. Gonzaga trimmed the lead to nine, but Baylor effectively put the game away with a 7-0 run that ended with a perfect sequence.

Gonzaga’s Corey Kispert drove to the basket, but his shot was blocked by Mark Vital. Adam Flagler kicked the rebound to Butler to start the break, and he returned a cross-court pass to Flagler — who buried a 3-pointer for a 67-51 lead with 12:52 remaining.

Gonzaga never threatened Baylor again. The Bears ended the Bulldogs’ perfect season, but that doesn’t mean this isn’t a big story. After all, everything is bigger in Texas, right?

“Hey Texas, we have a national championship, too,” Baylor coach Scott Drew shouted during the presentation. “The state deserves it.”

The Bears also legitimized the Big 12 and became the first school other than Kansas to win a national championship since Oklahoma A&M, now Oklahoma State, in 1946. Baylor dominated the tournament with an eight-man rotation, high-scoring offense and half-court defense that smothered its six opponents by an average margin of victory of 15.3 ppg. The best comparison would be Michigan State, which won its six games by the same margin in 2000.

Baylor also won the first national championship since the COVID-19 pandemic, which forced the cancellation of the 2020 men’s and women’s basketball tournaments. It was the unexpected result in an unprecedented time in our country’s history, and a reminder that perfection isn’t always what it seems. There should be nothing lost in that — even if it came at Gonzaga’s expense. The NCAA crowned a first-time champion, just like it did with Virginia in 2019.

From Connect Four to the Final Four. That is how Butler, the tournament’s Most Outstanding Player, will remember this run.

“I think it’s harder to win it this year than ever before,” Butler said. “The stoppages, the testing and the sacrifices to your social life just so you can play basketball games. … I’m just thankful we were able to play and the tournament still could go on. It’s just cool to say we could do this in the midst of adversity.”