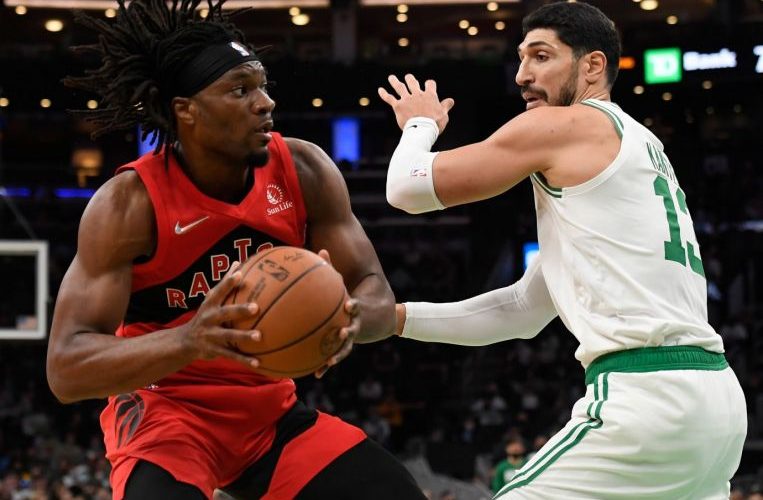 WASHINGTON (REUTERS) – The United States voiced concern on Friday (Oct 22) at China’s actions against the National Basketball Association (NBA), after Boston Celtics highlights were absent from a Chinese streaming platform following a player’s online criticism of China’s treatment of Tibet.

Celtics backup centre Enes Kanter this week tweeted a video of himself expressing support for Tibet and wearing a T-shirt with the image of the Dalai Lama, its exiled spiritual leader.

The 29-year-old called Chinese President Xi Jinping a “brutal dictator”. Kanter was pilloried on Chinese social media and only a written timeline of his team’s game was available on China’s Tencent Holdings sports platform.

Chinese Foreign Ministry spokesman Wang Wenbin said Kanter was “trying to get attention”and that his remarks “were not worth refuting”.

A State Department spokesman said in an e-mail, referring to the People’s Republic of China: “The United States is deeply concerned by the PRC’s actions against the National Basketball Association for statements one player made regarding Tibet.

“We value freedom of expression and support anyone who exercises that right,” the spokesman said.

Beijing has ruled the remote western region of Tibet since 1951, after its People’s Liberation Army marched in and took control in what it calls a “peaceful liberation”, and considers the Dalai Lama a separatist.

October 22, 2021 Basketball Comments Off on Basketball: US raises concern about China's treatment of NBA after criticism over Tibet
NFL News