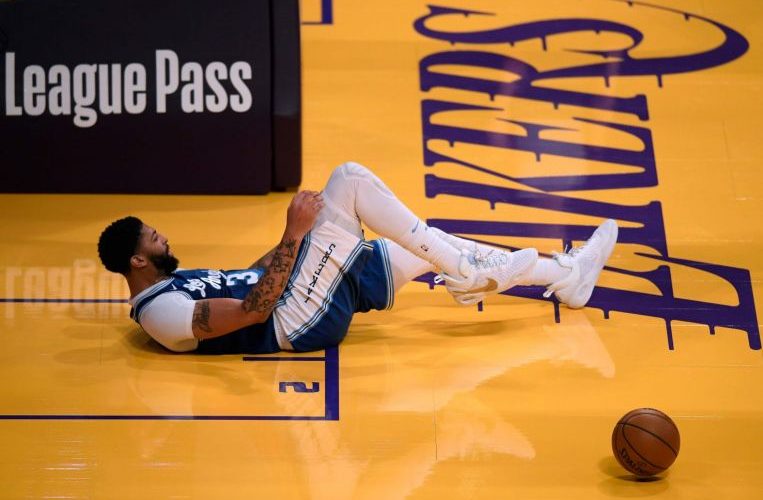 The 27-year-old American aggravated the nagging injury last Sunday at Denver and left the 122-105 loss early.

An MRI revealed no structural damage, but the reigning NBA champions had doctors re-evaluate Davis and don’t want to take any chances of making things worse.

“He’s going to be out for four weeks,” Vogel said. “We want to try to put this fully behind him, be conservative with it just to make sure it’s fully healed before he’s back.”

The Lakers fell to 22-8 with a 109-98 home loss Thursday to Brooklyn, which was without star forward Kevin Durant due to a hamstring strain.

Davis has averaged 22.5 points and 8.4 rebounds a game, reduced numbers that might in part be blamed on the injury.

But without him, the Lakers’ scoring average drops and defensive figures worsen as well.

Another setback that struck the Lakers just before Friday’s loss was having guard Dennis Schroder joining the NBA’s Covid-19 safety protocols list.

The Lakers play seven more games before the mid-season NBA All-Star Game break in March. While the schedule has not been announced for beyond the break, the Lakers would have another 10 days or so without Davis under Vogel’s timetable.

Davis, who helped the United States capture Olympic gold in 2012 at London, was traded from New Orleans to the Lakers in 2019 and last season combined with LeBron James to spark Los Angeles to the NBA title.

He signed a five-year deal worth $190 million last December to stay with the Lakers.