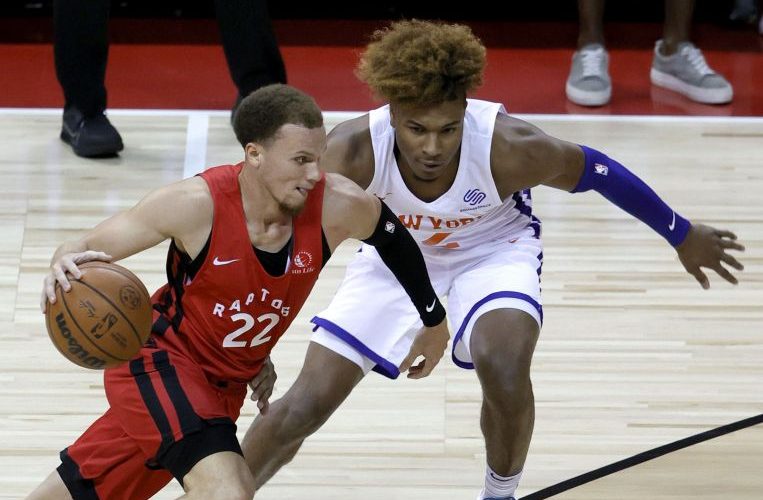 NEW YORK (AFP) – Games paying tribute to key moments in NBA history were among those announced on Friday (Aug 20) as the league revealed its 2021-2022 season schedule, which will begin on Oct 19.

The Toronto Raptors will visit the New York Knicks on Nov 1 to mark the 75th anniversary of the league’s first regular-season contest, which was played between the Knicks and Toronto Huskies on Nov 1, 1946.

The teams who have been part of every National Basketball Association (NBA) campaign – the Knicks, Boston Celtics and Golden State Warriors who began in Philadelphia – will play one another across three games in a five-day December stretch.

The Warriors will visit New York on Dec 14 and Boston three nights later while the Knicks will visit the Celtics on Dec 18.

On Jan 7, 2022, the Atlanta Hawks will visit the Los Angeles Lakers in a game played 50 years to the day after the Lakers beat Atlanta for their 33rd consecutive victory, which remains the longest winning streak in NBA history.

The league earlier announced its opening night schedule, with Brooklyn at reigning champion Milwaukee and Golden State at the Lakers.

Also revealed earlier was a Christmas Day line-up featuring Atlanta at New York, Boston at Milwaukee, Golden State at Phoenix, Brooklyn at the Lakers and Dallas at Utah.

This year’s two top selections in the NBA Draft, No. 1 Cade Cunningham of Detroit and No. 2 Jalen Green of Houston, are set to face each other in the regular season for the first time when the Pistons visit Houston on Nov 10.

On Jan 17, the NBA’s Martin Luther King Jr Day celebration will include Chicago at Memphis in the Grizzlies’ 20th annual game on the US holiday and Milwaukee at Atlanta in a rematch of this year’s Eastern Conference finals plus Utah at the Lakers.

Six-time NBA All-Star Kyle Lowry of Miami, who spent the past nine seasons with Toronto and helped the Raptors to the 2019 crown, will lead the Heat into Toronto for the first time on Feb 3 since leaving for Miami.

The first match-up between this year’s NBA Finals rivals will be played on Feb 10 when the Bucks visit the Phoenix Suns, with Milwaukee playing host to the Suns in the rematch on March 6.

The opening game of next year’s NBA Finals is set for June 2.