(REUTERS) – While Houston’s Carmelo Anthony missed his second straight game with an illness on Sunday (Nov 11) night, Rockets general manager Daryl Morey told reporters that the 15-time All-Star forward is still a member of the organisation.

Speaking to reporters before the Rockets (5-7) beat Indiana, Morey said the team was “evaluating everything” and that it was “extremely unfair” that Anthony has been singled out.

“There’s a lot of unfair rumours and everything going around about him,” Morey said. “He’s been great with us, as coach (Mike D’Antoni) said yesterday. His approach has been great. He has accepted every role coach has given him – starting, off the bench, whatever it’s been.

“We’re struggling as a team. It’s my job, it’s coach’s job to figure this thing out. … A lot of this is on me right now. We’re not playing well and we just gotta figure it out. We’re evaluating everything.”

Anthony has appeared in 10 games this season with two starts, averaging 13.4 points and 5.4 rebounds in 29.4 minutes.

“I would expect him to be playing when he’s healthy,” Morey said when asked whether Anthony would return to the lineup.

Contrary to Morey’s assertions, multiple reports indicated Anthony’s stint in Houston is over.

The New York Times reported that Anthony has been informed his “brief time with the team will soon be ending.” Anthony’s teammate and friend, Chris Paul, was not definitive on the future following the Rockets’ 115-103 win over the Pacers.

“Melo’s been great here,” he said. “That’s like a brother to me, know what I mean? I don’t know what’s being said or whatnot, but Melo’s been great, working hard every day. So we’ll see what happens.”

Anthony, 34, signed a one-year, US$2.4 million (S$3.32 million) veteran’s minimum contract with the Rockets after he agreed to a buyout with the Atlanta Hawks before the start of the season. Houston would be on the hook for that contract if it decides to waive him.

November 12, 2018 Basketball Comments Off on Basketball: Houston Rockets GM calls rumours that Carmelo Anthony could be on his way out 'unfair'
NFL News 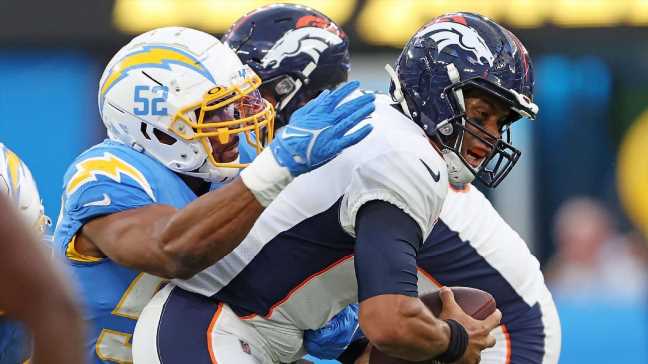