The Adelaide 36ers have shocked the star-studded Phoenix Suns 134-124 in an historic NBA pre-season victory for the touring NBL club.

The 36ers shot a mighty 24 of 43 from long range in a shock 134-124 win over the Suns, who boasted the best NBA record in the last regular season, in Phoenix on Monday (AEDT). 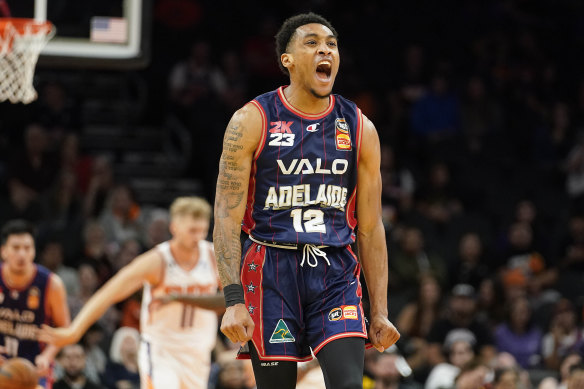 Craig Randall and the 36ers upset the Suns in Phoenix.Credit:AP

It was the first visit to the United States for an NBL team since the 2019 pre-season, which was the third-straight year Australian teams made the trip for pre-season games.

And while other NBL teams had threatened upsets, none had closed the deal until the 36ers held their nerve – and kept making shots – at Footprint Centre.

Imports Robert Franks (32 points) and Craig Randall (35) had 16 triples between them, their teammates smirking when they continued to land efforts from well beyond the NBA’s longer three-point line.

The Suns rolled out a full-strength starting five worth about $A180 million for the upcoming season alone, with Chris Paul, Devin Booker, Mikal Bridges (22 points, seven rebounds), Cam Johnson and Deandre Ayton (22 points) all playing 22 minutes against a team that finished mid-table with a 10-18 record last NBL season. Bookmakers had afforded Adelaide a 30-point handicap going into the game as rank underdogs. 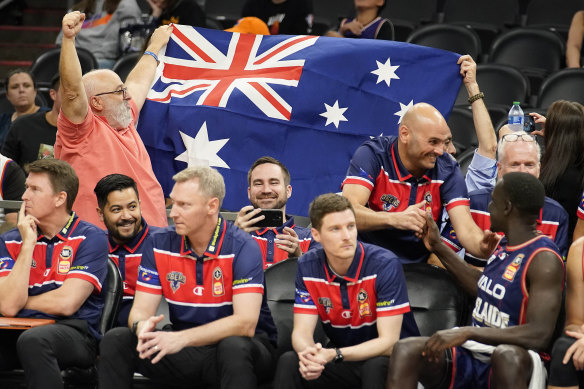 CJ Bruton’s team surged to a 14-point lead and were never headed despite the returns of the Suns’ starting unit in the second half.

Landale missed a triple that would have tied the scores, Randall draining three straight long triples to push them ahead again for a historic victory.