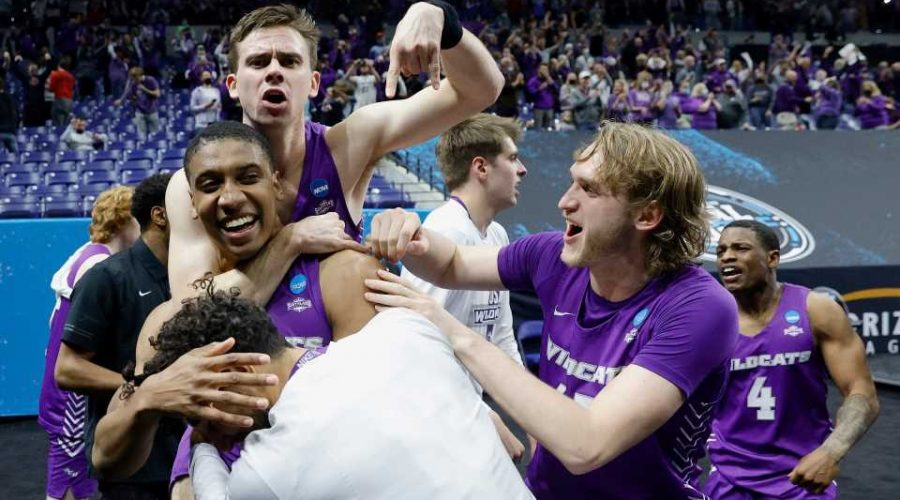 The Abilene Christian Wildcats pulled off a miracle win over the Texas Longhorns in Round 1 of the NCAA Tournament. They didn’t shoot well and were down one with just seconds left in the game, but two late free-throws by Joe Pleasant helped Abilene Christian to earn the big-time upset victory.

The upset was also historic for Abilene Christian, marking the first NCAA Tournament win in program history. Now, the team will be looking to earn a second one against another Power Five program, UCLA, to get to the Sweet 16.

It has been more than two decades since a 14 seed has made it to the Sweet 16, and it has only happened on a couple of occasions. So, the Wildcats have already put themselves in the history books, and here’s how they compare to previous 14 seeds to win games, including opponents, margin of victory, key players and more.

Only two 14 seeds have ever made it to the NCAA Tournament’s Sweet 16, and it has been quite a while since that has happened. Chattanooga was the last team to accomplish that and did so in 1996. They beat a couple of ranked teams, Georgia and Illinois, in the first two rounds of the tournament before falling to the Providence Friars 71-65 in the Sweet 16.

Abilene Christian can join both of those programs if they can knock off UCLA, which has already won two games in the NCAA Tournament after beating Michigan State in the First Four and BYU in the Round of 64.

The Mocs won the Southern Conference and posted a 20-9 record during the regular season. They took on Tubby Smith’s Georgia Bulldogs in the first round of the tournament and managed to earn a 3-point win over the 17th-ranked team in the country. The Mocs followed that up with a 12-point victory over the Illinois Fighting Illini, who were the 19th-ranked team in the country. It looked like the Mocs might have a chance to make the Elite Eight with a matchup against the 10-seed Friars taking place in the Sweet 16, but Pete Gillan-led Providence squad earned a 71-65 victory to move on as a double-digit seed.

Taylor was the leader of the Mocs, and it showed during the NCAA Tournament. The So-Con Player of the Year for 1997 logged 17.7 points per game and played the second-most minutes for Chattanooga behind only Young, who was red-hot from behind the arc as a part of a team that didn’t take many 3-point shots. Taylor went on to be a first-round pick of the Orlando Magic in 1997 and played four years in the NBA before enjoying a nice career overseas. Young played entirely overseas. Both have since gotten into coaching.

The Vikings went 27-3 during the regular season and 13-1 in conference play as a part of the Association of Mid-Continent Universities (AMCU). They had two out of conference losses to Ohio State and No. 2-ranked Michigan. After winning the AMCU tournament, Cleveland State was put into a battle with No. 3 seed Indiana and emerged with an 83-79 win over Bob Knight’s club. From there, they stayed hot and beat the 6-seed Saint Joseph’s Hawks by six points. Ultimately, their luck ran out against the No. 7 seed Navy, which was led by “The Admiral” David Robinson, but they made a game of it. Navy eked out a one-point win to send the Vikings home.

The Vikings were a high-scoring bunch and averaged 76 points per game during the NCAA Tournament. They had a balanced offensive attack with four double-digit scorers, and they rebounded well. Smith went on to be drafted by the Golden State Warriors in the fifth round of the 1986 NBA Draft because of his efforts during the tournament.

The Wildcats haven’t yet made the Sweet 16 but can if they can knock off the UCLA Bruins. In their first game of the tournament, two clutch free throws gave Abilene Christian a one-point lead with 1.2 seconds left on the clock. It was a massive upset win for them considering that Texas just needed one stop down the stretch to win the game. They just couldn’t get it.

The Wildcats largely struggled offensively against the Longhorns, but they managed to pull out the win against Texas thanks to Pleasant and Mason hitting some timely shots, including Pleasant’s two made free throws with 1.2 seconds left on the clock. Against the Bruins, they’ll need Kolton Kohl, who led the team in the regular season with 12.0 points per game, to step up and score more in an easier matchup for him.

March 22, 2021 Basketball Comments Off on 14 seeds in Sweet 16: How Abilene Christian’s March Madness run compares to past Cinderellas
NFL News