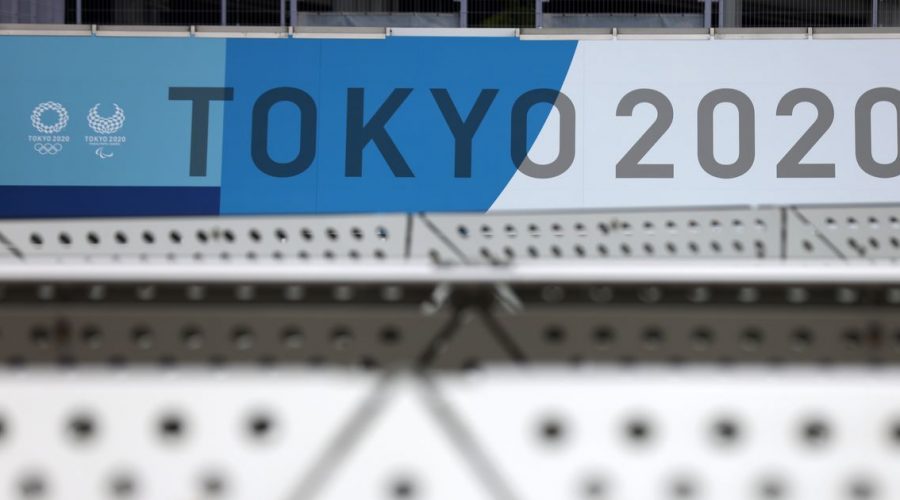 Tokyo 2020 was thrown into turmoil on Sunday after two athletes tested positive in the Olympic Village.

Another athlete is understood to have also tested positive at the airport in Tokyo and has been taken to isolation.

Five other 'Games-concerned personnel', one contractor and one member of the media, were included in the latest list of positive Covid results published today.

The 10 new cases come after another 15 were reported by organisers on Saturday. It is just five days before the opening ceremony as concern mounts over the safety of the Olympic village for all those taking part.

International Olympic Committee member Ryu Seung-min, who won the Olympic table tennis gold in men's singles in 2004, was diagnosed with the virus after landing at Narita International Airport yesterday.

"The IOC has been informed about the positive COVID-19 test result of IOC member Ryu Seung-min upon arrival in Japan," an IOC spokesperson said.

"He is currently in the isolation facility, where he will stay until the Japanese authorities decide that he is able to leave his room.

"The IOC is relieved to hear that all protocols have been properly followed which led to the detection of the case. We wish him a speedy recovery."

Organisers gave details of the latest test results via the official Tokyo 2020 website. It came after reports that a Ugandan weightlifter had gone missing from his training camp, having failed to report for a compulsory Covid-19 test.

Julius Ssekitoleko, 20, allegedly left behind a note saying he wanted to stay and work in Japan rather than return to his home country. The IOC had previously demanded that the village be the 'safest place' in Tokyo.

That is called into question today. Speaking on Saturday, Seiko Hashimoto, Tokyo 2020 President, said: "The athletes who come to Japan are probably very worried and I understand that.

"We are doing everything we can to prevent any outbreaks. If we end up with an outbreak, we will make sure we will have a plan in place to respond."

Hashimoto also defended the decision to go ahead with the Games despite the global pandemic and disapproval from the Japanese public. There were further protests when IOC president Thomas Bach visited Hiroshima this week.

Team GB chef de mission Mark England was reminding athletes of their responsibilities in the wake of the positive test.

"We're obviously aware of it and we're not just celebrating their arrival at the Olympics but we are also making them aware of the protocols and of the various medical staff who are there to support them," he said.

"We have doctors, physios and the performance team which covers every aspect, including mental health experts. We understand the importance of a secure village and we stress the importance of wearing a mask, sanitising your hands and distancing."

The competitors are the first athletes to return positive tests for the virus while staying at the Village. Tokyo 2020 confirmed the two athletes were from the same country and sport.

Should the Tokyo 2020 Olympics be going ahead amid the pandemic? Comment below.

Another unnamed athlete has also tested positive upon arrival in the Japanese capital, Tokyo 2020 said, but they are not a resident of the Village.

Tokyo 2020 spokesman Masa Takaya said that after the test results the individuals concerned were "isolated in their rooms and Tokyo 2020 is delivering meals to them."

The rest of the team – which has not been identified – have also been tested.

Infection rates are rising among the general population of Tokyo, topping 1,000 new cases for four consecutive days. Polls show many Japanese people oppose holding the Games with the influx of overseas visitors it entails.