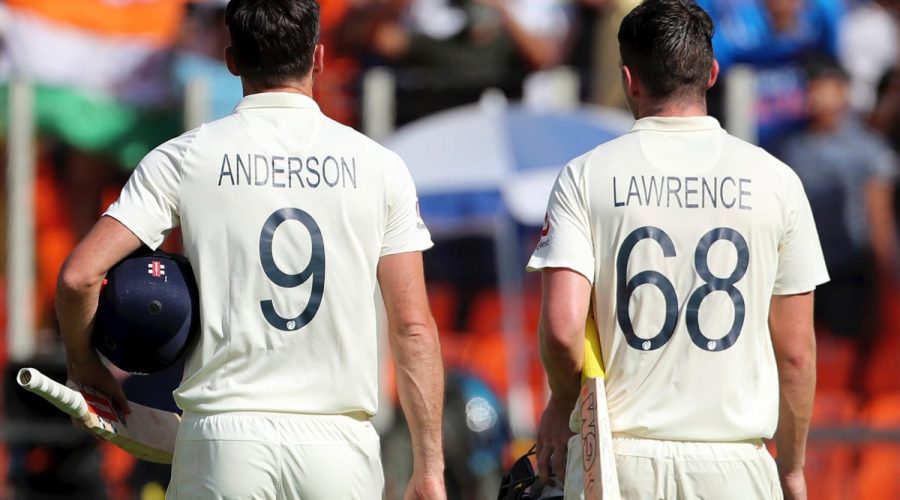 England’s 3-1 series loss in India was only confirmed on Saturday. However, the starter pistol on the post-mortem was fired at 2-1.

Defeat in the third Test inside two days was long enough to elicit the usual dissent that greets poor performance in these parts. From ill-equipped batsmen – albeit against world-class spin – to inadequate spinners, along with a quick drive-by on questionable selection. Then, right on cue, talk of a revamping county cricket – as inevitable as Sinatra’s My Way at a wake.

By the time India had administered an innings defeat in the fourth Test, there wasn’t an awful lot more to add. England’s 205 and 135 were riddled with the same garden-variety errors. Dom Bess, present this time, displayed those feared shortcomings in a team a seamer light on another misread pitch. The engines had started on the predictable conversations a week and a bit earlier – the same ones they had after the 4-0 loss in 2016. All that was left was to switch up a gear.

But was there anything we didn’t know already? And, really, is there anything we can actually do about it? County cricket won’t change enough to make a tour of India that much easier. And, truth is, by the time we get to the summer, all this would have been forgotten.

The white ball series of five T20is and three ODIs will divert the attention soon, as will the Indian Premier League. Soon after, England’s focus will turn to the opening series of the home summer – and any Test players still at the IPL – then onto the rights and wrongs of The Hundred. Those well-meaning questions will subside as this series disappears into the rear vision mirror with so many distractions ahead.

Nevertheless, there were elements of what played out over the course of the last month that will last longer. Shifts of culture and power far beyond an Indian side that looks purpose-built for broader domination.

Take the discussion over the pitches produced in the second match at Chennai and then Ahmedabad (after England took a 1-0 lead). As fans from both sides indulged in heated back and forth, a different discussion started to emerge.

In one corner, those adamant that India had done the wrong thing, as they always do, blindly damning dark arts with no filter. In the other, those maintaining the line that there is nothing wrong with exerting home advantage, and to suggest otherwise was imperial pearl-clutching. Dispassionate common ground was difficult to find.

Somewhere in between resided more productive conversations. Why does lavish spin draw more criticism than lavish seam movement? Who gets to determine what is a “good” pitch – even the ICC’s guidelines has more umms and aaahs Hugh Grant character – and why is “good” (i.e. “good” for batting) an accepted term? Variety, even if advantageous to bowlers, is no bad thing for a closed-shop format.

What was clear is England did not have the necessary wares to contend with the pitches as presented against the imposing home spinners. But as former players rounded on current ones, offering advice on techniques, another disparity came to light.

It’s widely acknowledged the Decision Review System has changed the game when it comes to playing spinners. Since ball-tracking was introduced in 2001, leg-before dismissals have increased from just under 14 per cent to 21 per cent – with a peak of 24 per cent in 2016.

The front pad has gone from friend to enemy: a first line of defence against the turning ball now a bright red bullseye. And while slower bowlers are getting more of their dues, it has seemingly opened up a chasm between past and present. As former England captain Michael Atherton surmised in The Times after the third Test in which Joe Root’s side were bowled out for 112 and 81: “On pitches such as the one in Ahmedabad, it is a far harder challenge than players of the past either had to cope with, or that some understand”.

It used to be that the ex-cricketer was the active one’s biggest ally in a commentary box. Indeed on good days, they will find no better cheerleader: one who knows of the challenge of Test cricket to offer measured yet flattering context. That can flip on its head in defeat, especially when they are as comprehensive and regular as the last three.

Covid-19 seems to have driven a further wedge between that relationship regarding the ECB’s panned rest-and-rotation policy.

The toil of bio-secure bubbles and a packed 2021 schedule brought a pro-active approach to selection this winter. Though Moeen Ali’s departure after the second Test drew the most column inches, all who have come and gone or remained throughout have fielded questions on its workability. Queries along the lines of: ‘We know why it’s a thing but, remind us again, why is it a thing?’

Root has continually leant on a ‘these are the times we are in’ straight bat. Privately at least, there is resentment among the wider England camp that it has drawn so much derision – especially when burnout among cricketers is such a hot topic. It feels a bit closed-minded to lament this, and then, for instance, champion the PCA’s work around mental health. As the last year has shown, early preventative measures can save a lot of heartaches.

On the performance side of prescribed rest is the fact that, for this year, England are essentially treating Test and Twenty20 cricket as equals. This is tough to refute when a full-strength squad is available to limited-overs skipper Eoin Morgan on the white-ball leg of this tour when it was not to Root with the T20 World Cup coming in October. Stronger availability here aiming to make up for last summer when Morgan marshalled under-strength sides for series against Ireland and Pakistan with multi-format players preserved for Test engagements.

Nevertheless, the English predisposition of the primacy of Test cricket has been shaken, rattled further by news that players in the Indian Premier League will not be required to return for the summer’s opening series with New Zealand, should they make the competition’s play-off stages.

It’s easy to dismiss some of the fears as antiquated. But it’s not unreasonable to query why those on lucrative Test contracts, such as Ben Stokes, Jos Buttler, Jofra Archer (all at Rajasthan Royals), Chris Woakes (Delhi Daredevils) and Sam Curran (Chennai Super Kings), would not be beholden to them. In previous years, the ECB has set a deadline for such contracted players to return in order to prepare for their primary jobs. That’s not the case this time, and there’s no certainty it won’t be the case next year.

With that comes arguably the most relevant upshot of the Indian misadventure: the ECB’s relationship with the BCCI. At its best, it has been cordial. However, administrative tensions have often taken their cues from events on the field between the two sets of players. Things have gotten ugly in the past.

Not so over the last month. What issues there may have been over pitches previously has been swallowed with a smile this time. Any gripes over a lack of action from the ICC on player-behaviour, notably Virat Kohli remonstrating with umpires during this series, has been kept in-house, and carefully so. Even the ECB’s “acceptance” of the IPL impinging on Tests feels like avoiding an awkward situation.

A speculative theory may be of faint hope that a reciprocal gesture may be that Indian players could be allowed to participate in future editions of The Hundred. More sensibly is a reciprocated tour this summer of five Tests that will go some way to recouping the losses of 2020 of around £200million which led to as many as 62 job cuts within the ECB.

Even if bubbles remain a necessity when they arrive, one imagines they are unlikely to be as stringent as the protocols to which the West Indies had to adhere in June and July. Similarly, it’s impossible to imagine they will stay in the same Derby Travelodge Pakistan crammed into on their later visit. The red carpet will be rolled out, the pillows fluffed, they might even tuck them in. That’s how much English cricket needs this India tour.

The financial inequity between the big three and the rest has only grown greater during the pandemic. But so has the gap among the trio, with England and Australia lagging further behind India. Australia bent over backwards for their visitors to get their series on at the end of 2020, and England, having replicated that courtesy as guests, will need to do the same. Who knows for how long.

Plainly, attitudes and dynamics have changed. The former hopefully for better. The latter, well, it remains to be seen. One thing is for certain – not all corrective measures end up being improvements. Now, about those county pitches…

March 9, 2021 Сricket Comments Off on What we learned and what we didn’t from England’s series defeat in India
NFL News