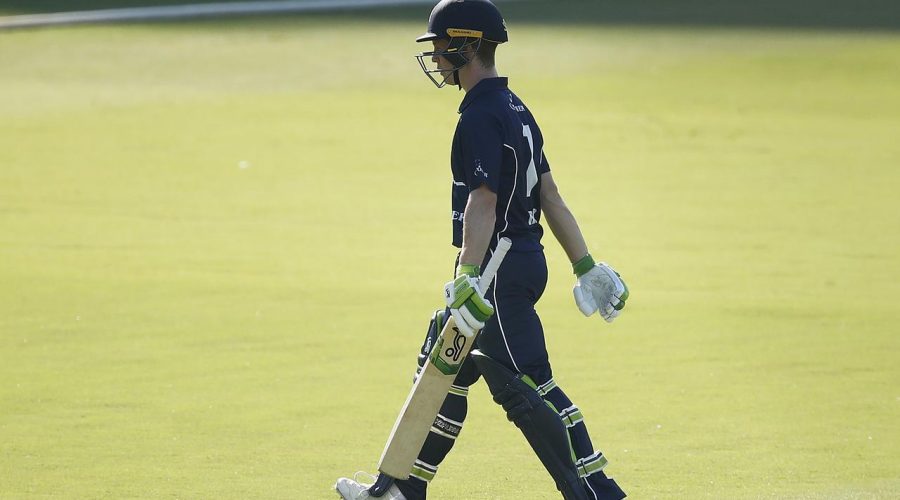 Victorian batsman Sam Harper has found himself on the wrong end of one of the strangest dismissals in cricket in his team’s final one-day clash at the Junction Oval.

Opening the innings for his team Harper, coming off a maiden first class hundred in the Sheffield Shield this week, was given out for obstructing the field.

Harper fended off a delivery from Redbacks bowler Daniel Worrall, which he then collected and threw back at the stumps at the striker’s end.

As he tried to get back in his crease, Harper blocked the ball from hitting the stumps with his body, and after an appeal from the fielding team, and a conversation between the umpires, was given out.

The visiting team, which needs a victory to avoid a winless season across all formats, was quick to respond on social media.

“Well… well… Quite the interesting dismissal there!Sam Harper is out for obstruction after moving into the path of a ball that was destined to collect the stumps Neutral face Not sure how to celebrate that one but we‘ll take it!” the team’s official Twitter account posted.

Well… well… Quite the interesting dismissal there! Sam Harper is out for obstruction after moving into the path of a ball that was destined to collect the stumps 😐 Not sure how to celebrate that one but we'll take it! Victoria is 1/25 #SheffieldShield

Harper was out for just seven off 15 balls as his team also tried to open it’s one-day account in the final match for both teams this season.

Something you don't see every day… Sam Harper is out obstructing the field 🤔#OneDayCuppic.twitter.com/okhyYkrodY

Former Test opener Matthew Elliot’s son, Sam, was also named to make his debut for the Vics and his father was on hand to present his cap with an emotional speech.

From father to son 🤝

April 8, 2021 Сricket Comments Off on Victorian batsman Sam Harper was given out for obstructing the wicket in his teams final one-day clash
NFL News