Adelaide: David Warner was once an estimated $6 million-a-year man before sponsors ran for the hills in the wake of the ball-tampering scandal in South Africa.

His celebratory leap when notching a century had been a feature of Toyota advertisements, but the car marker was one sponsor to pull the plug. While Toyota is unlikely to return, celebrity agent Max Markson said on Sunday there was no reason why sponsors would now stay away. 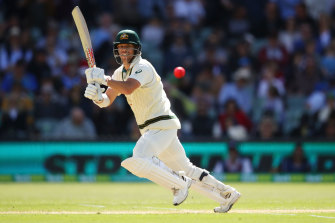 After sponsors deserted David Warner in droves, time – and weight of runs – could see them return.Credit:Getty Images

Warner has gone a long way to rehabilitating his image through weight of runs, including his record-breaking triple-century against Pakistan in Adelaide, helping Australia to retain the Ashes and continuing his strong form at home while talking up the importance of "team".

"I am sure sponsors will have an interest again – it was an incredible triple century. Obviously, scoring runs and winning games is what the Australian fans want to see," Markson said.

"Time is a great healer."

Warner has become more comfortable appearing before the media without the threat of questions about Cape Town, although he can expect a lucrative pay day should he eventually agree to a "tell all". His manager James Erskine had told The Age and Sydney Morning Herald he had fielded $1 million offers.

Markson noted that Steve Smith, also banned for his role in bringing the game into disrepute, had again become one of the positive faces of the sport, and Warner was also on the rise.

"They (CA) brought all the Australian players together for various sponsorship commitments (in Sydney in October) and they used Steve Smith a lot in the various activities. People forgive and forget. Well, maybe not forget, but they definitely forgive," he said.

Warner also lost sports apparel company Asics and LG Electronics as sponsors in the aftermath of Cape Town, but Fox Cricket has begun to use him to promote its broadcasts this summer.

Real estate website Domain, owned by Nine Entertainment Co, the publisher of this masthead, has used Smith in advertising.

Former Australian captain Mark Taylor, also a former Cricket Australia director, said on Sunday the ball-tampering incident would never be forgotten but all parties had moved on.

While Smith was handed a two-year ban from the captaincy, expiring in March next year, Warner – then the Australian vice-captain – was told he could never have an official leadership role again.

There had been conjecture on Sunday as to whether this pertained only to the national set-up and not state or Big Bash League teams.

Sources involved in handing down the punishments to Warner, Smith and Cameron Bancroft said the CA board of directors at the time did not broach the issue of banning Warner from state or BBL captaincy because they felt it was not in their remit to dictate to the states whether he could take on a leadership role. However, CA confirmed on Sunday the ban covered national and domestic teams.

On the Smith and Bancroft leadership bans, the CA statement at the time said: "Steve Smith and Cameron Bancroft will not be considered for team leadership positions until a minimum of 12 months after the conclusion of their respective suspensions from international and domestic cricket. Any consideration of future leadership would be conditional on acceptance by fans and the public, form and authority among the playing group."

On Warner's ban, the statement said: "David Warner will not be considered for team leadership positions in the future."

"The sponsors wouldn't look at that all. It was public opinion when all that happened in the first place and it's public opinion that will bring him back to whatever he wants to do," he said.

Smith appears to have the support of his teammates to return to the top job, should incumbent Tim Paine decide there is a need for change in the near future. There has been no jeering of Smith through the two Tests against Pakistan, in a sign the Australian public have forgiven him. Warner has also escaped any booing on local shores.

Only the CA board could overturn Warner's leadership ban. He had successfully captained the national Twenty20 side in a tri-series with New Zealand and England before the ill-fated tour of South Africa.

There is no suggestion CA is thinking of rescinding the ban despite Warner's brilliant batting and his renewed commitment to the team.