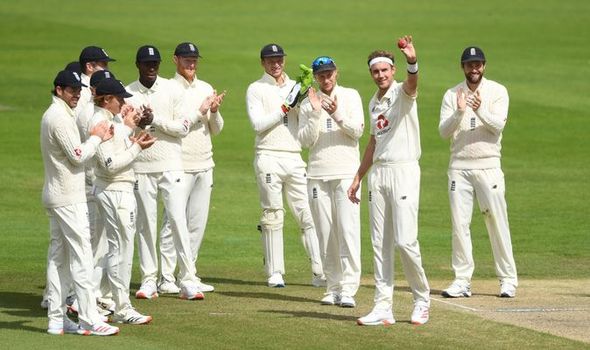 Stuart Broad took his 500th Test match wicket early on day five as England look to beat the West Indies at Old Trafford. Broad had Kraigg Brathwaite lbw as he took his third wicker of the innings.

England went into the final day against the West Indies needing eight wickets to win the match and the series against their opponents.

There was no play at Old Trafford yesterday with rain falling in Manchester throughout.

Broad has been in sensational form during the last two matches after being inexplicably dropped from the side for the first match at the Ageas Bowl in Hampshire.