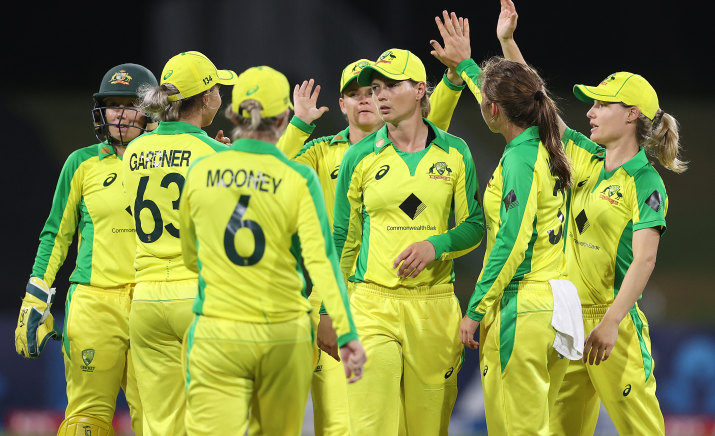 The national women’s team will be put under tighter COVID-19 restrictions during their Ashes campaign than their male counterparts as Cricket Australia desperately tries to avoid a nightmare of mass withdrawals for the World Cup.

Players from the Ashes sides risk being shut out of New Zealand if they contract the virus in the final week of the series and cannot board the flight across the Tasman for the 50-over tournament, for which Australia are favourites and England the defending champions.

CA medical staff are in the process of finalising biosecurity protocols for the three-format series knowing it will be almost impossible to reschedule games in the tight window if COVID-19 seeps into the bubble and sweeps through either of the two camps as it has in the Big Bash League.

They have not ruled out more onerous measures towards the end of the series if Australia’s COVID-19 cases continue to rise.

CA is not considering placing an extra layer of protections around the team’s best players, but the doomsday scenario would be for stars Meg Lanning, Ellyse Perry and Alyssa Healy to be wiped out in one hit.

Entry into New Zealand is complex, with confirmation of a place in the country’s managed isolation and quarantine facilities required before being able to board a flight. 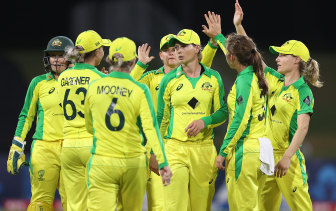 Australia risks losing players for the World Cup if there is a COVID outbreak during the Ashes.Credit:Getty

Players are due to fly to New Zealand on February 9 to complete 10 days of hard quarantine, but must have a negative test within 48 hours of departure. If they miss this flight, there are no guarantees another can be arranged due to the difficulty in securing quarantine places.

“It’s going to be tough,” selection chair Shawn Flegler said. “Our plans are still we will go as a group straight after the Ashes if things do change and we [can] get players over we’ll look to do that but at the moment it’s one group leaving, and doing quarantine together.

“That’s why we’re trying to put protocols in place to minimise any issues with COVID. As we’ve seen over the last few weeks with the BBL and other competitions it can be very difficult.

“We’ll try to minimise that and control as much as we can, but we think we’ve got to expect something may happen. That’s why we’ve got to go for a slightly larger squad to cover our bases with all of that.”

Having seen how quickly the virus can spread through teams in the Big Bash League, CA is limiting the time players will spend indoors at all costs, with time in the change rooms limited and team meetings either taking place outside or virtually. Indoor net practice and gym sessions may also be scrapped.

Unlike Pat Cummins’ team, Lanning’s charges will not be able to dine outdoors at restaurants but can order take away.

Australia’s players enter isolation on Monday, and are allowed to leave home only for essentials, as part of pre-departure protocols before taking commercial flights to Adelaide on January 17.

They must return a negative result to enter the team camp and have been instructed to keep their distance from one another where possible in the first few days in case they catch the virus while flying.

“They’re certainly tighter,” Flegler said of the protocols. “We’ll balance that, making sure our players and staff have some sort of normality.

“It’s not normal but we want to make it as comfortable as possible and making sure they’re getting into a position they can perform on the field and enjoying what’s not a normal touring life to put it bluntly. It’s not how we used to tour, things are very different now.”