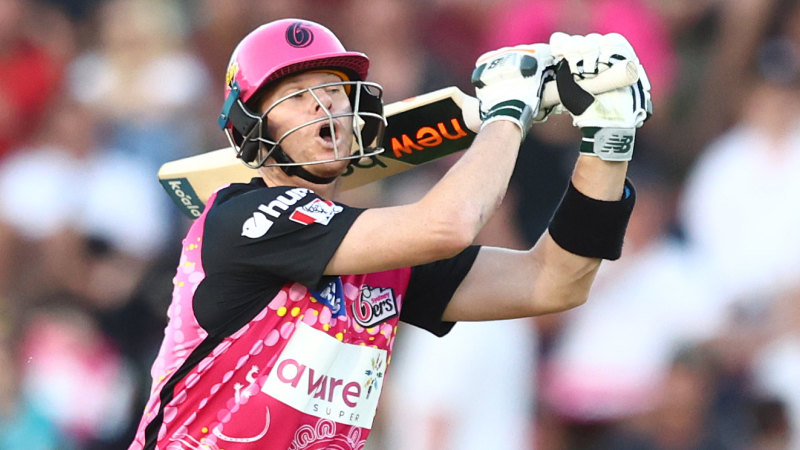 Steve Smith’s Big Bash League masterclass in Coffs Harbour has provided a timely reminder that Cricket Australia must find a way to better remunerate a wider segment of the nation’s leading players next summer.

Sources familiar with early pay talks between CA and the Australian Cricketers Association told The Age and The Sydney Morning Herald that centrally contracted players may be paid outside the salary caps of BBL clubs, with marketing and promotional activities built into their deals. 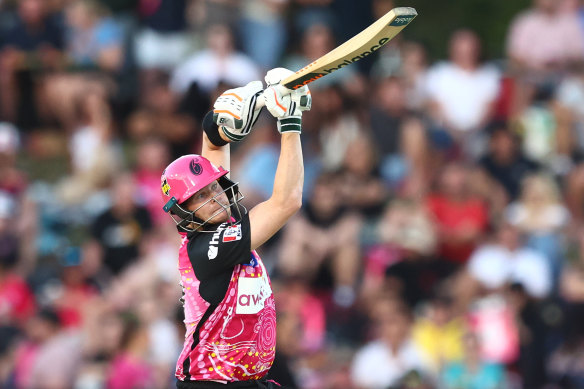 Steve Smith on his way to a BBL ton in Coffs Harbour.Credit:Getty Images

Under terms thrashed out with CA’s chief executive Nick Hockley, Smith and David Warner are being paid almost $700,000 between them to play a portion of this tournament, with the bulk of the money sitting outside their clubs’ $1.9 million salary cap.

Similar terms for overseas players caused a significant angst among local players when the BBL staged its inaugural draft in August.

The prospect of a draft for all BBL players, plus possibilities for a mechanism to tie central contract holders to participation in the league when not on national duty, is a likely topic for the resumption of memorandum of understanding talks between CA and the ACA later this month.

Some leading players, spoken to by The Age and the Herald on the condition of anonymity, have indicated willingness to be involved in a draft, citing the current uneven distribution of CA and state contracted players across teams.

The Sixers and Scorchers sit well clear on top of the BBL table as they have done for much of the past decade. The two clubs share seven of 11 titles contested so far, and have appeared in a combined 13 times in the tournament final.

Other players are more reticent, on the basis that CA set a precedent by acquiescing to the demands of Warner and Smith for outsized deals to go to the clubs of their choice once the summer’s Test matches were over.

Todd Greenberg, the ACA chief executive, has spoken publicly in support of a draft structure that includes Australian and overseas players. Overseas competitions, such as the Indian Premier League and The Hundred in England, employ auction or draft models where player salaries are public.

Early talks between CA and the ACA have featured discussions of how to raise the BBL cap from its present level while ensuring that the major share of that uplift goes to top players in global demand for their services, especially the UAE and South Africa leagues in January. 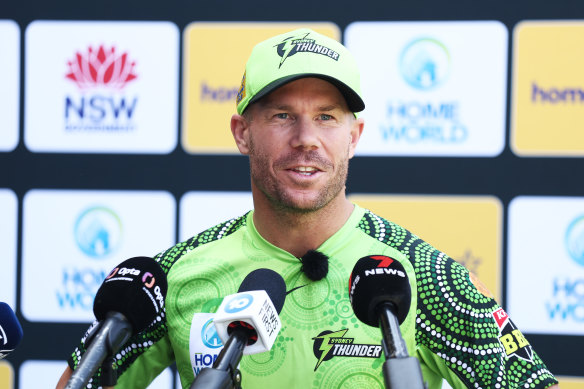 David Warner speaks to the media ahead of his Sydney Thunder return.Credit:Getty

Warner and Smith were granted one-off deals to play in the BBL at a time when the governing body was negotiating a new broadcast deal with Foxtel and Seven, leaving a host of other players waiting for similar recompense now the $1.5 billion deal to stay with the incumbents has been struck.

Smith’s deal is worth about $40,000 per game to play for the Sydney Sixers, while Warner is raking in as much as $80,000 per appearance for the Thunder. The two Australian teammates will meet in the Sydney Smash local derby on Saturday night.

The likes of Marcus Stoinis – who has signed with the UAE T20 league – Glenn Maxwell, Usman Khawaja, Adam Zampa and Marnus Labuschagne should all be in line for significant increases to their BBL deals under a new contract structure.

By comparison to Warner and Smith, they have kept a consistent presence in the league over most if not all of its first 12 seasons while accepting inferior financial terms in order to allow their clubs to put together a strong list.

Numerous senior players are well entrenched at BBL clubs in their home states, whether it be Warner and Smith at the Sydney Thunder and Sixers, Travis Head and Alex Carey at the Adelaide Strikers or numerous West Australians tied to the Scorchers.