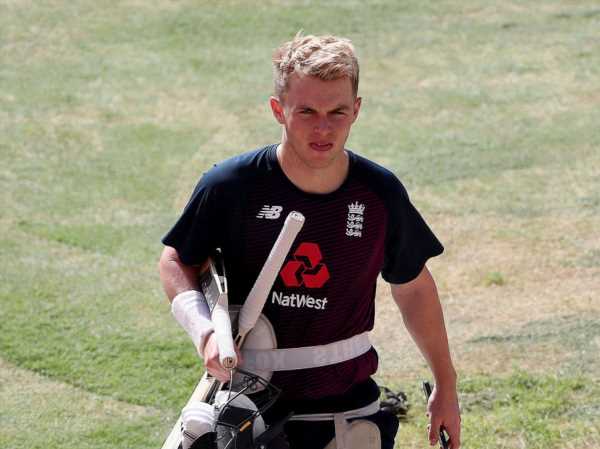 Sam Curran hopes his Indian Premier League commitments do not impinge on his desire to continue as a three-format player for England.

The all-rounder was picked up in the IPL auction for Chennai Super Kings for a second year, joining fellow centrally contracted Test players Ben Stokes, Jos Buttler, Jofra Archer and Chris Woakes at the competition. It means, however, that if their respective sides make the play-off stages of the IPL, which take place from 25 to 28 May, they will miss the start of the two-match series against New Zealand which is due to get underway at Lord’s on 2 June.

Curran played both of the matches against Sri Lanka at the start of the year. The 22-year-old was due to play a part in the India series before logistical issues meant he was not able to rejoin the squad midway through the series following his prescribed rest.

Now in India as part of the limited-overs squad, he aims to cement a spot for the Twenty20 World Cup squad later this year in the same country. However, his red ball ambitions remain as strong as ever, even if he could miss out on adding to his 21 Test caps at the start of the English season.

“Any time there are England games early on in the summer you want to play in them,” he said. “But if you see how the IPL tournament pans out, if you miss the qualification I’ll presume you’ll most likely be available for those Tests and if you are in the IPL final it might be a bit different. 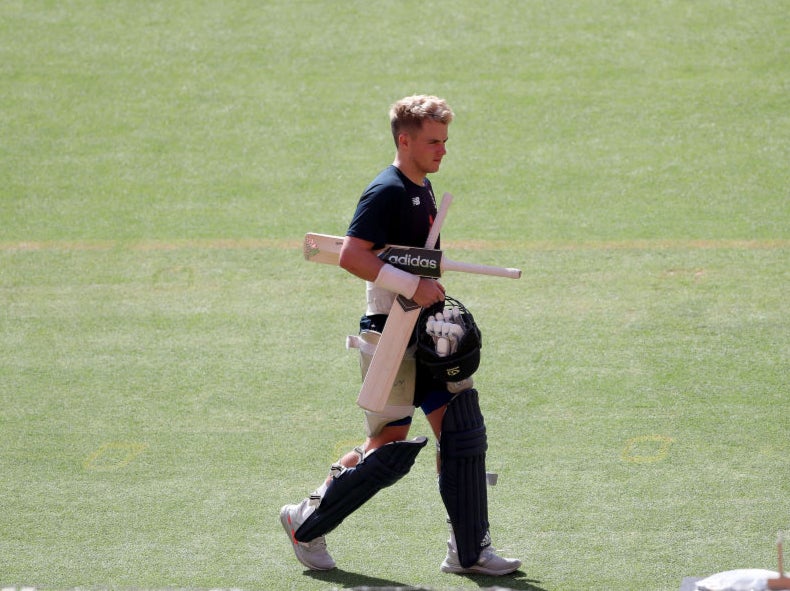 Sam Curran in action in Ahmedabad

“Those New Zealand Tests have just come onto the calendar recently, so there’s a lot of Test cricket and then we’ve got those games against India as well which will be another fascinating series.

“Any player wants to play all three formats for England. That is the goal and that’s my goal. That’s what we are doing at the moment, we are managing different workloads and it just appears the guys who play all three formats are finding it the most challenging. Hopefully, Covid and bubbles end soon and the vaccine helps and we get crowds in the summer. I guess that’s the way we stop being in these bubbles. But I guess while they are around it’s going to be tricky and we just have to take each series at a time I guess.”

Curran’s absence from the India series, which England lost 3-1, meant Joe Root was shorn a left-arm seam all-round option that would have given their attack some much-needed variety. He eventually arrived into the country on 25 February and underwent a week of hotel quarantine before training with a white ball over the last couple of days.

The ECB’s rest-and-rotation policy for all-format players has come under scrutiny. Curran, however, has added his voice to the many players that have championed its merits. In his case, discussions with national selector Ed Smith and head coach Chris Silverwood took place at the end of last year to determine when and where he could get his break.

“I was always leaving after Sri Lanka so there was no real problems with that. The task of flying to Sri Lanka, playing all four Tests in India, playing IPL and then straight into the summer was probably going to be five months straight in a bubble and I think the players have to get out.

“I personally found it was great for me to get out,” he said of his elongated stint at home. “I feel coming here in a good mindset, really refreshed and I think that’s great to come into these games refreshed and mentally in a good place. You’re in these bubbles for so long you’re feeling you’re not getting away as much as you should which in normal life you do. I guess England are focussing on that and it’s about finding the right balance.”

The limited overs series kicks off on Friday with the first of five T20is in Ahmedabad before three ODIs in Pune. Curran, so far, has not been a lock for England in the shortest format, with only eight of his 86 T20 appearances coming for the national side. As such, the next month is a chance to state his case under Eoin Morgan’s leadership before moving onto the IPL. Should he make a good impression, it could set him up for the first ICC tournament of his career.

“I’m not someone who looks too far ahead but one game at a time and hopefully I can put in some performances and be in that squad that comes to India for the World Cup.

“Any time you go out there and play it’s a great opportunity to try to contribute to wins – bat, ball and in the field. That’s the way I play my cricket, I’m really competitive and if I do get the nod on Friday I will definitely give it my best and hopefully contribute because it’s a pretty amazing stadium, the first time most of us have seen it. To be honest it’s pretty cool and it’s a great place to play cricket.”