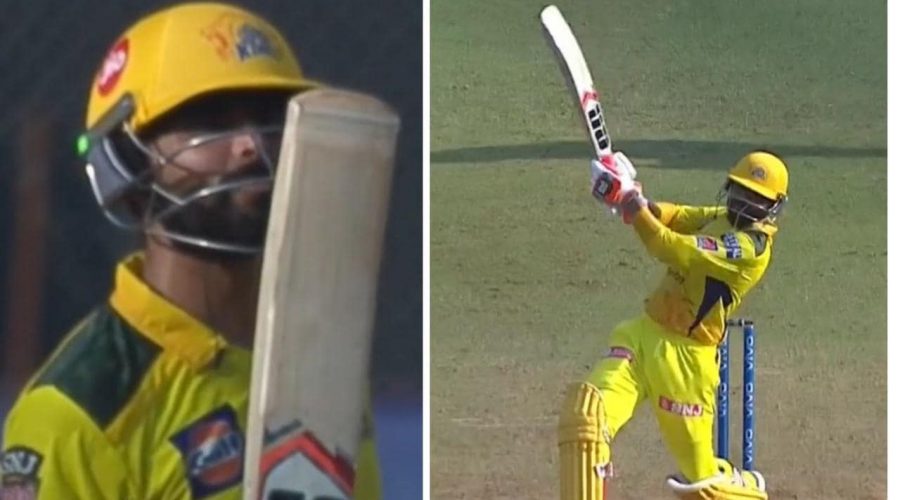 The cricket world has lost its collective mind as Indian all-rounder Ravindra Jadeja muscled 37-runs off the final over of his Chennai Super Kings’ innings against Royal Challengers Bangalore.

The swashbuckling batsman went berserk, taking Harshal Patel down for the equal most expensive over in Indian Premier League history.

While cricket fans will know that that is impossible from six legal deliveries, unless he ran a seven, a no-ball Jadeja also took for six was part of the final over, but he still managed five sixes, a four and a two in an incredible display of hitting.

Incredibly, Jadeja had been dropped on 0 off four balls, he was dropped by Aussie Dan Christian in the outfield and was on 21 off 19 balls before teeing off at the back end of his innings.

Jadeja finished with 62 not out off 28 balls.

Brutally for Patel, he had figures of 3/14 going into the final over, finishing with 3/51.

He equals Chris Gayle’s record for the most expensive over, when he hit four sixes and three fours in the 2011 edition of the tournament.

But it was easily the most expensive 20th over, beating the previous record of 30.

Jadeja hit the first, second, a no ball and the third ball for six, before a two, a six and finishing with a four.

“There aren’t too many players in the world that can play a cameo like this, not that his team’s in trouble but the need runs desperately,” one of the commentators said.

37 Runs in Last Over. Sheer Madness 🔥

Sir Jadeja For a Reason#CSKvRCB#RCBvsCSK#jadejapic.twitter.com/yFZBhR7kLo

I cannot describe that last over. But I do want to thank Dan Christian for dropping the catch.

Only Jadeja can do that.

Fantastic @imjadeja !! 6666264 reasons why he should be in the biggest contract @BCCI 😜😜 #[email protected]

Ravindra Jadeja is the best all-rounder in cricket. Playing a game today that has the commentators scrambling for superlatives. #RCBvsCSK

How is Ravi Jadeja not the highest paid player in the @IPL? Three dimensional and a born match-winner. 💥 #Jadeja

RCB were gobsmacked by Jadeja’s maniacal assault with the bat. Left them not just with a massive score to chase, but demoralised and desperate, which Jadeja the bowler this time exploited to precipitate the batting collapse

Jadeja has been a thorn in the side of Australia when they play India, with the star a true all-rounder.

Not only a brilliant finisher, he’s a top spinner and one of the best fielders in the world.

Having done the job with the bat, he also took 3/9 with the ball, while running out Aussie Dan Christian with a direct hit.