Adelaide: A friendlier time zone with India is one factor which could help Perth secure a prized Test against India next summer.

Cricketing officials from Brisbane, Perth and Adelaide continue to sweat on a Cricket Australia call about the 2020-21 campaign, for there will be four Tests against the sport's powerhouse nation, with Melbourne and Sydney all but locked in. This means that one of the Gabba, Perth Stadium or Adelaide Oval will miss out.

Each of those venues boast strong reasons to be chosen but rival officials believe one edge for Perth is the favourable time zone for broadcasting into India. 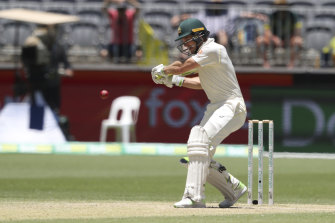 There is only a two-and-a-half hour time difference between Perth and Dehli at this time of the year. Should Perth retain a day-night Test next summer, with play beginning at 1pm Perth time, it would provide an ideal mid-morning start on the cricket-crazed sub-continent, and a welcome boost for its six-year deal with Sony Picture Networks India. Adelaide, by contrast, is five hours behind Dehli and Brisbane four-and-a-half hours.

The South Australian Cricket Association pitched its presentation to CA on Saturday.

CA won't make a decision about next summer's schedule until early in the new year. The state that misses out on India will almost certainly host the season-opening one off Test against Afghanistan.

The governing body wants Adelaide to permanently host a pink-ball Test and those hopes have risen since India this month staged its maiden day-night Test at Eden Gardens, against Bangladesh. 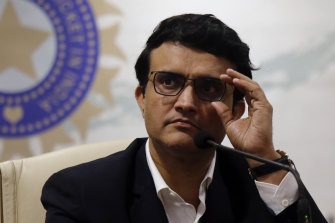 Sourav Ganguly, the Board of Control for Cricket in India's new president, has declared there should be a pink-ball Test in every series but has told Indian media it's too early to say whether the board will agree to playing under lights in Adelaide next summer. The BCCI refused to do so last summer.

The Gabba remains a cricketing fortress – Australia has not lost there since 1988-89 – and for the majority of Australia's Test stars it is the ideal venue to start the summer.

One frustration for state officials outside of Melbourne and Sydney is the inability to lock in dates well in advance of a Test. SACA officials would like to know two years in advance the summer schedule, for this would help in promoting matches that are increasingly being treated as an "event". However, state bodies acknowledge the sport's future tours program is a moving feast and tough to lock in.

CA wants state bodies, with the help of their state government, to have a more festive feel, with family-friendly activities, before and during a Test. The Melbourne Cricket Club, along with the Victorian government, have been under pressure in this regard.

Meanwhile, CA has indicated there has been an easing in its hardline approach to not touring Pakistan, having not been there for a Test series since 1998. CA chief Kevin Roberts said he was "optimistic about the safety" of the city of Rawalpindi, which shapes as a potential venue for matches when Australia is due to tour next in 2022. He said all matches could be held at the one venue.