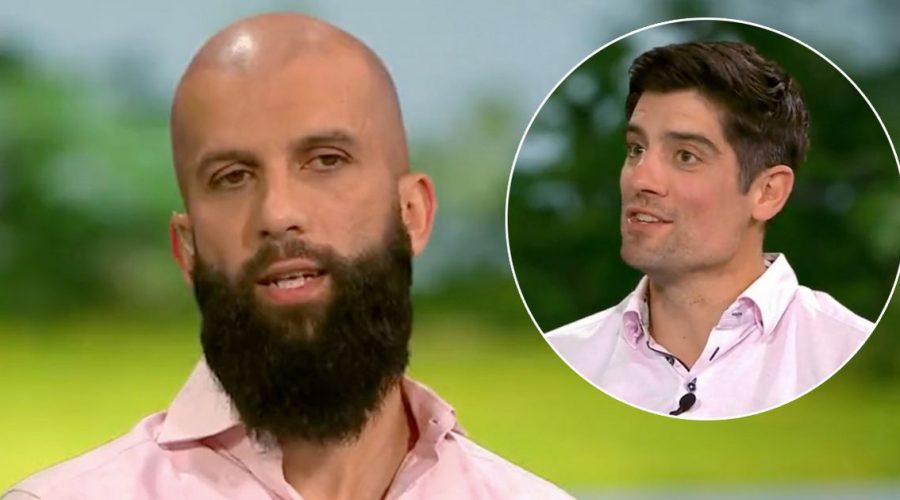 Moeen Ali has taken a fresh swipe at Alastair Cook just days after the pair's awkward exchange live on air over the latter's captaincy of England's Test team.

Ali and Cook were initially embroiled in a frosty exchange ahead of the opening day of this week's fourth Ashes Test in Sydney, after Ali lamented Cook’s approach to his captaincy live in the BT Sport studios.

The former skipper replied: "Are you just criticising my captaincy?" To which the off-spinner brutally responded: "I am a little bit, yeah."

The comments led to a fairly awkward few minutes for Ali, Cook and presenter Matt Smith. However this hasn’t stopped the off-spinner taking aim at the ex-England opener once again.

The pair were discussing who in the current England setup would make a good coach in years to come, and Ali admitted some players 'don’t have the empathy' to take on the role – pointing towards fellow pundit Cook.

When asked if he felt any members of the current national team were capable of taking on a future coaching role he said: "Yeah I think so, there are a couple of guys who could potentially be a good coach, somebody who could go that way."

Whilst then gesturing towards former captain Cook, Ali added: "But there are also some guys who you think coaching's not for them. He hasn't got the patience for it, the empathy for it."

In response, the former England captain can be heard awkwardly laughing in the background before replying: "Just another dig, just another dig!" It was a remark that Ali appeared to agree with.

The pair went on to discuss the potential of ODI captain Eoin Morgan potentially becoming a coach for the future, after leading England to their first ever World Cup title in 2019.

However, Ali believes he does not see his white ball captain following that route.

What did you make of Moeen Ali's comments? Let us know in the comments section.

He continued: "I don't, for example, see someone like Morgs [going into coaching].

"I'm not saying he wouldn't be a good coach, I just don't see him doing that. I think he'd be a good mentor for a team."

He did however add that he feels fellow all-rounder Chris Jordan would fit perfectly into a coaching role.

"Someone like Chris Jordan, who does a bit of everything, I think he would be a good coach. He has that personality in the dressing room where everyone trusts him," added the spinner.