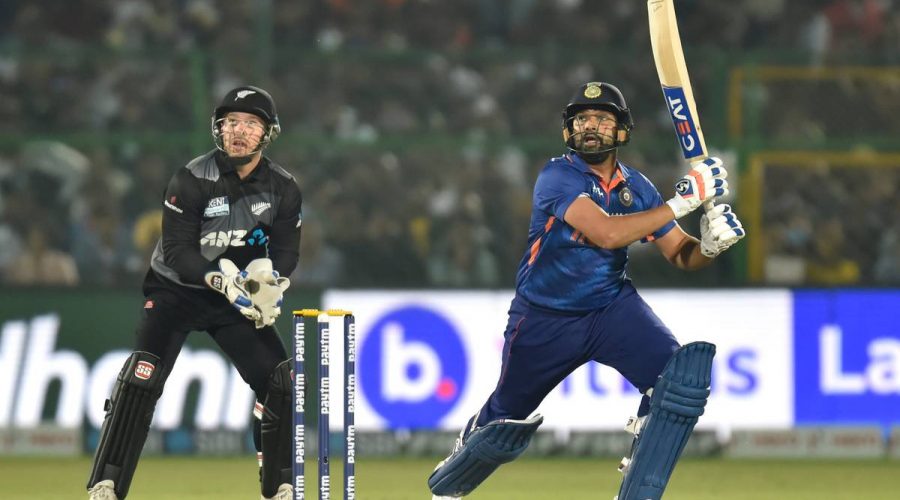 All the action from the second T20 international between India and the Black Caps from Ranchi.

The memory lapse was understandable – it was April 1, the third T20 international against Bangladesh at Eden Park, when Chapman made 0 not out without facing a ball.

But almost eight months later, having come to the crease in the first over of the Black Caps’ opening T20 against India on Thursday morning, Chapman looked like right at home.

The 27-year-old’s half century wasn’t enough to lift New Zealand to victory in the first of the three-match series, with the hosts claiming a five-wicket win in Jaipur.

But Chapman provided an undeniable boost to a team barely three days removed from the World Cup final defeat by Australia, a campaign he watched from the sidelines.

The Auckland batter became the first man to score T20I half centuries for two different countries, eventually equalling the top score of 63 he recorded in 2015 for Hong Kong, the nation of his birth.

Chapman and Martin Guptill shared a 109-run stand from 77 balls as the Black Caps made 164-6 after being sent in. But India largely controlled the chase and overcame a few late wobbles to win with two balls to spare.

Even if the end result wasn’t quite to his satisfaction, though, time in the middle was precious for Chapman after such a long layoff.

“This Black Caps team is pretty competitive to get into,” Chapman said. “So whenever you get your opportunity you’ve just got to do what you can to contribute to the team, and thankfully I was able to.

“World Cups, you play your best XI, and if they’re going well, more than likely you stick with your best team. It meant I was on the sideline for a bit but I just did my best to support the guys in and around training.

“You just do your best to get nice and fit, train as well as you can and be ready for your chance.”

And having waited 230 days between games, the next is on Saturday morning, when Chapman is certain to again feature.

“It’s just continuing to contribute to team performances,” he said. “That’s the main thing that motivates me – trying to get a series win here in India.”