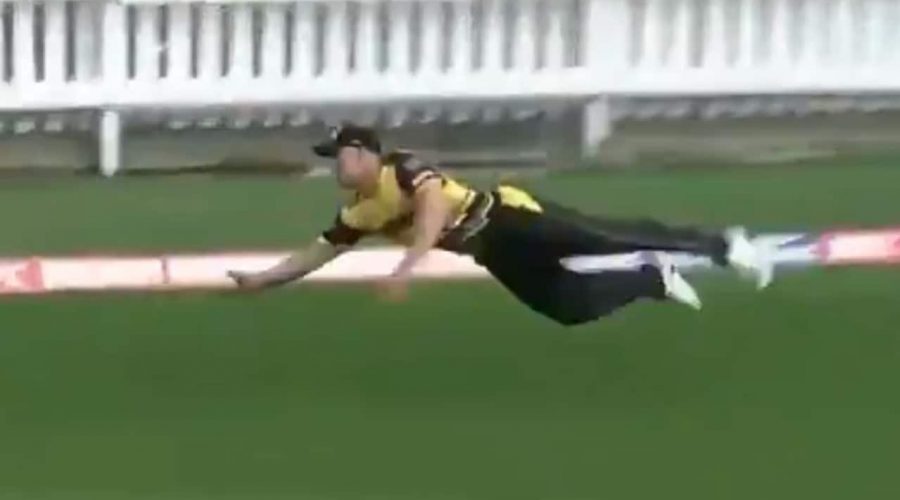 Sprinting into position, Wellington’s Logan van Beek threw his body toward the ball and stuck out a hopeful hand.

It had been struck cleanly off the bat of the Northern Knights’ No 7 Brett Hampton, and the chances of van Beek claiming the catch were slim.

But it was one of those days for the Wellington Firebirds in their T20 clash. Van Beek, fielding on the boundary at cow corner, ran full pelt, threw his hand out, and the ball stuck, leaving commentators, fans and the fielder in disbelief.

“I just somehow pulled it off. I’m not sure how it happened, but it happened,” van Beek said.

“My tactic is, once I see it, I just put my head down and run as fast as I can, then it’s just about giving it a chance … you just have to go for it.”

Another stunned TV commentator added: “What is going on out there?

“Unbelievable catch, Logan van Beek. I don’t think he can believe that himself.

Logan van Beek with one of 𝗕𝗘𝗦𝗧 catches you'll ever see 😳

He genuinely had no right to take this! #SuperSmashNZ pic.twitter.com/HUAftoHiGj

Wellington’s 80-run Super Smash win saw nearly everything go to plan. Sure, they lost the toss and were sent into bat by the visiting Knights side, but that was about the only area of the game they lost.

Wellington got off to a dream start with the bat as opening batsmen Finn Allen and Devon Conway took to the attack. Allen, playing the dominant role at the crease, made it look relatively easy to maintain a high run-rate — needing just 24 deliveries to bring up his 50.

Allen and Conway brought up their 100-run partnership in the ninth over, and added a further 17 runs before Allen was bowled by Hampton on 79.

The visitors did well to stem the flow of runs after breaking up the opening partnership, with only Allen, Conway (45) and Tom Blundell (22) scoring more than 20 as Wellington were pegged back slightly, to 7/185 from their 20 overs.

While they would have liked to post a higher total after such a strong start, they had their tails up immediately in their defence when Hamish Bennett cleaned up Katene Clarke with a slower ball that tailed into off stump with just the second ball of the innings.

All hail the fielding king.Source:Getty Images

January 10, 2021 Сricket Comments Off on Kiwi cricketer takes the best classic catch you will ever see
NFL News