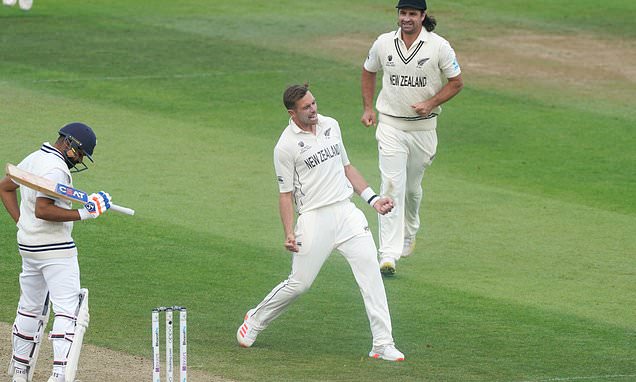 The old joke about Americans not understanding how a game can last five days and still not produce a winner could be extended to six on Wednesday when the first World Test Championship final goes into overtime.

A sixth day of 98 overs will be played but it will take an Indian collapse or an unexpected display of fireworks from Virat Kohli for this soggy showpiece to end in anything other than stalemate.

Two whole days have been lost to the rain that seems to hang around Southampton whenever there’s a Test in town but dismal over-rates and cricket’s infuriating inflexibility over bad light have not helped. 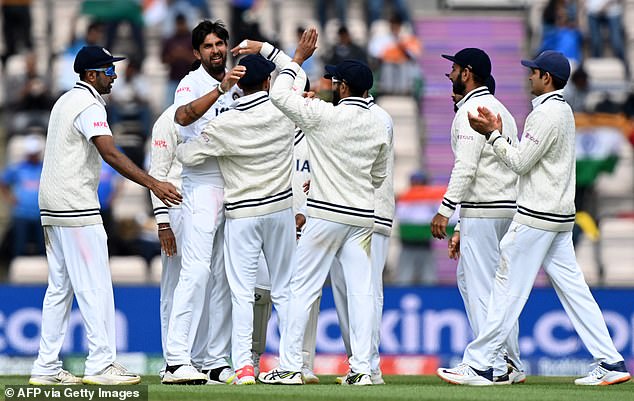 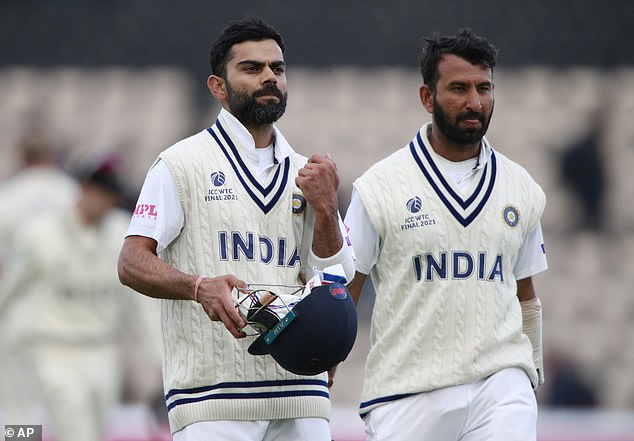 What cricket there has been has been hard-fought and New Zealand go into the extra day as the only feasible winners of the £1.6million first prize.

But they will have to take the remaining eight Indian wickets quickly and then trust a pitch that has only had 221.3 overs of play does not deteriorate enough for Ravichandran Ashwin and Ravindra Jadeja to provide a late twist.

New Zealand did not exactly look in a hurry to force a result in Tuesday’s opening session when they added just 34 runs in two hours, only seven of them coming from Kane Williamson from the 75 balls he faced before lunch. 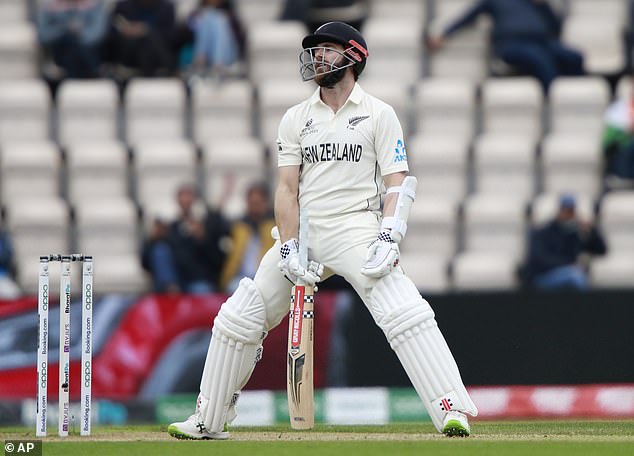 It took a rare misjudgement from the New Zealand captain to end his vigil on 49 off 177 balls – steering Ishant Sharma straight to Kohli in the slips – but some overdue bludgeoning from Kyle Jamieson and Tim Southee took them to 249 and a lead of 32.

Mohammed Shami was the pick of the India attack with four wickets, sending one of the zinc bails flashing when he bowled BJ Watling for one in his final Test.

Kohli has made no secret of his antipathy for this one-off match to determined the best team in Test cricket over the last two years and there was little sign of his side trying to score quickly enough to give them a victory chance in their second innings. 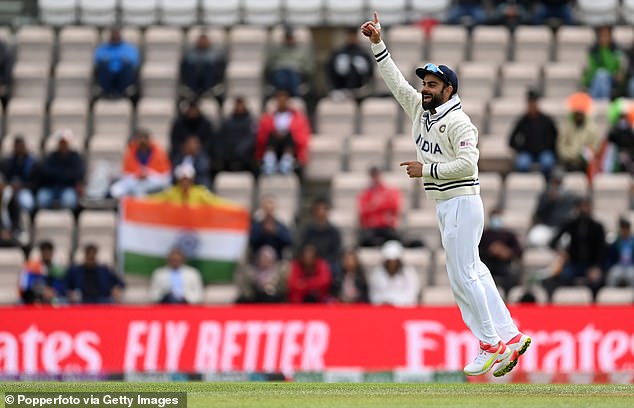 Shubman Gill played all around a straight delivery from Southee to fall lbw before Rohit Sharma fell to the same bowler not playing a shot.

But Cheteshwar Pujara and Kohli stood firm to reach 64 for two and a lead of 32 by the close of a fifth day that ended at 7pm with, shockingly, another 10 overs unbowled.

So the first six-day Test staged in England since 1975 – Bob Woolmer made 149 against Australia in a game extended by a day as the series was still alive – could finish tonight as that one did 46 years ago with honours even and the prize-money shared. 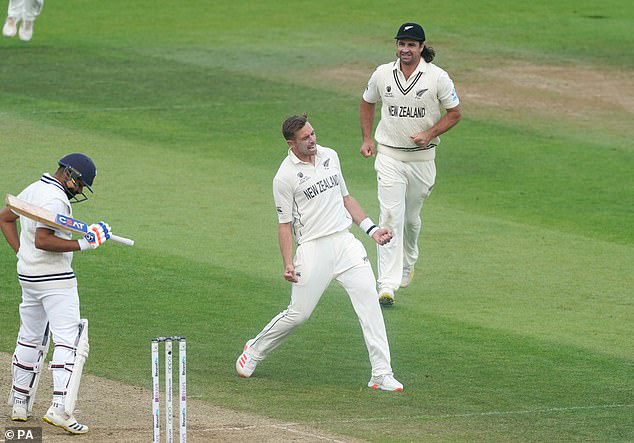 Tim Southee took a wicket as India ended the day on 64-2, a lead of 32 runs in Southampton

Sophia Dunkley, who last week became the first black woman to play Test cricket for England, is now in line for her one-day debut after being named in a 16-strong squad for the 50-over matches against India.

The first of three ODIs in this multi-format series is at Bristol on Sunday after the teams took two points each from the drawn Test.

June 30, 2021 Сricket Comments Off on Kiwi bid to rule the world of cricket set to go into overtime
NFL News