Keaton Jennings could have been forgiven thinking he would never make it at the highest level once his second coming for England last summer had passed by without a single half-century.

Certainly Jennings can count himself among the more fortunate England players of modern times to be given such an extended chance after repeated failures at the top of England’s order.

So the selectors can be as relieved at Jennings’ immense display of patient, authoritative batting that earned him a century and extinguished any faint hopes Sri Lanka had of emerging unscathed from their Galle fortress. 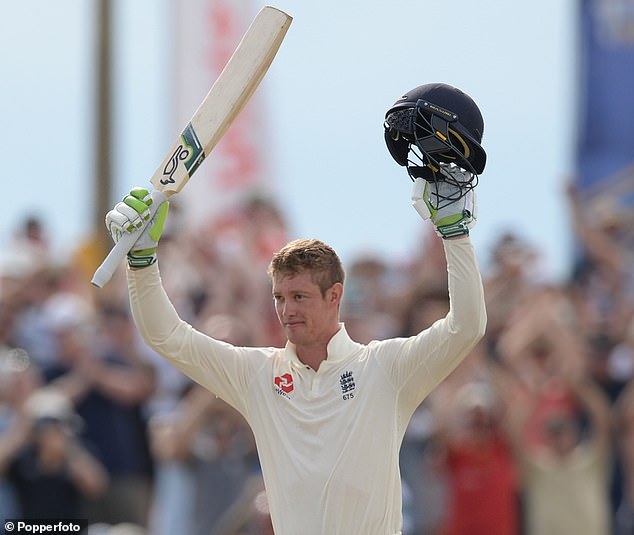 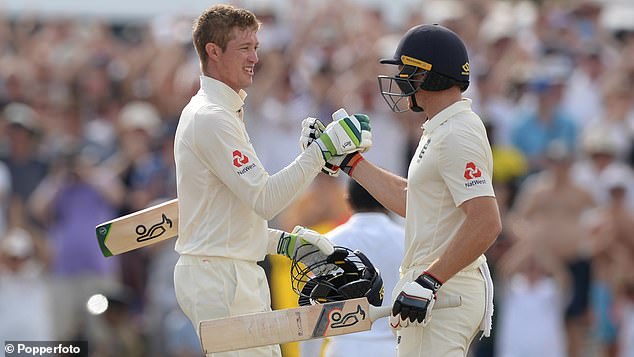 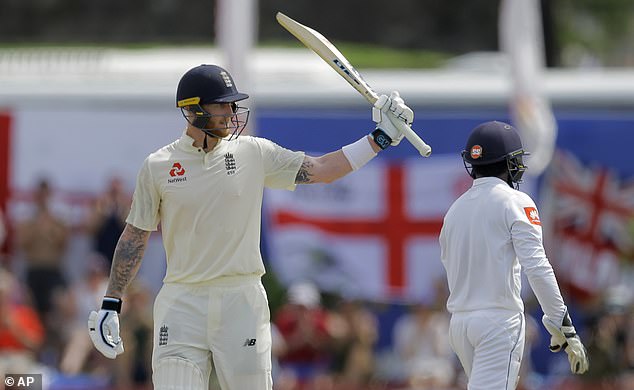 Ben Stokes was also among the runs in the afternoon session, as he hit a solid 62 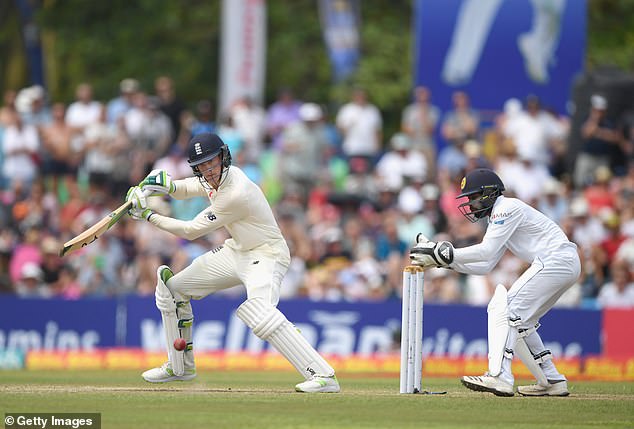 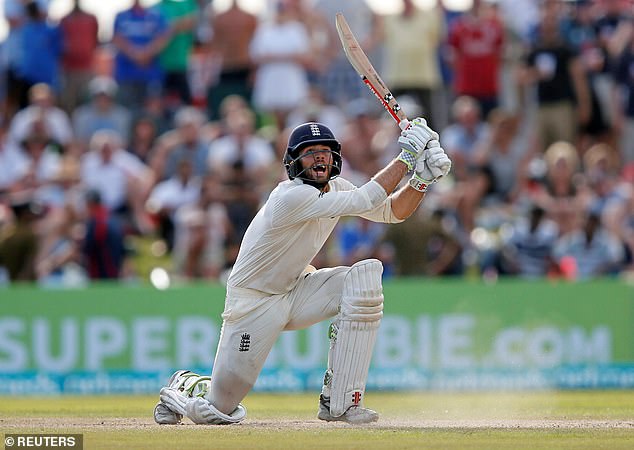 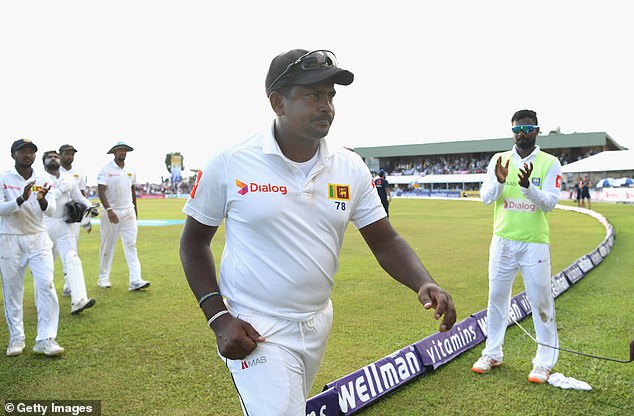 The brutal truth is that Jennings would not be here now had Alastair Cook not decided to bring the curtain down on his distinguished career amid those emotional scenes at the Oval against India at the end of last summer.

Even an England management who like and rate Jennings so highly could not have justified picking him had they simply not run out of opening options and had already been introducing one newcomer here in Rory Burns.

Jennings himself said, in an interview with Sportsmail ahead of his ill-fated series against India, that he was a better person for his struggles and had learned to put disappointment in its proper context with a smile on his face.

But there was no disguising his understandable nervousness after England’s final warm-up game in Colombo last week when he said this first Test would be ‘crunch time’ on no fewer than six occasions in a five-minute press conference.

How Jennings has come through that crunch period, firstly in making 46 in the first innings and now maintaining his concentration in the heat and humidity of Galle to bat all but the last seven overs of this third day while facing 280 balls. 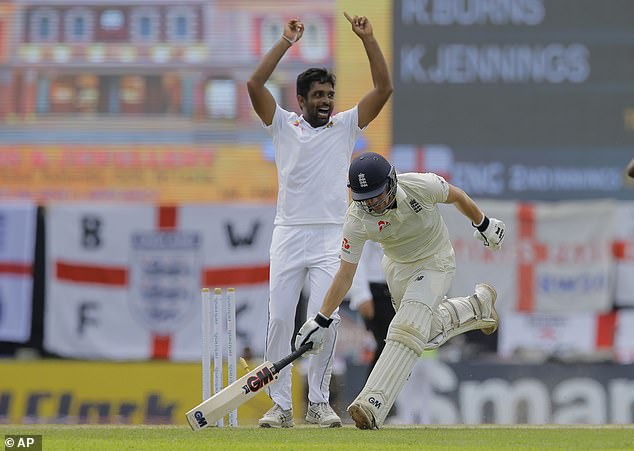 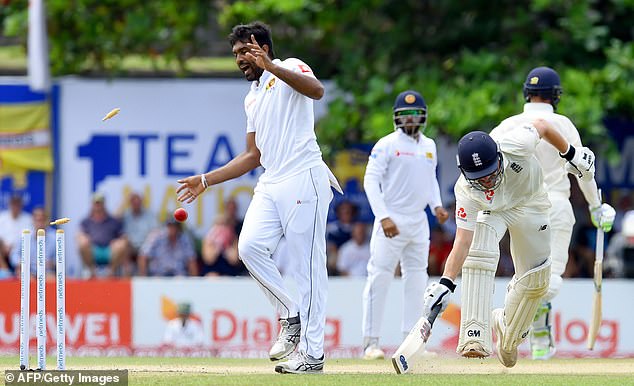 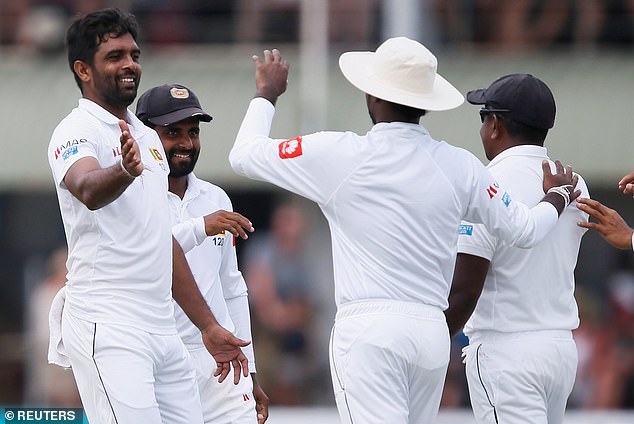 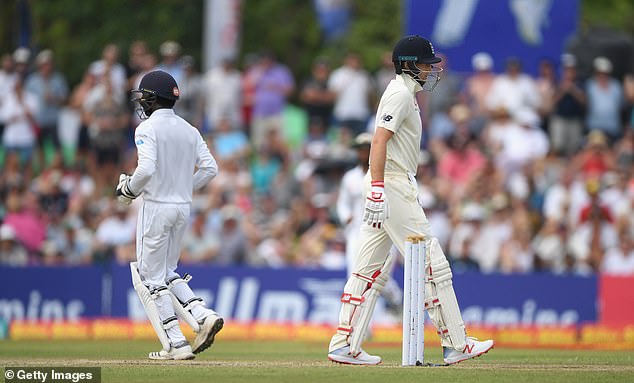 TOP SPIN AT THE TEST

By Lawrence Booth at Galle

Nearly two years – and 23 innings – after making 112 in his first Test innings in Mumbai, Keaton Jennings ticked off Test hundred No 2, a superbly patient 146 not out in 280 balls, with just nine fours.

That record still belongs to Kevin Pietersen, who hit 151 in Colombo in April 2012. The innings lifted Jennings’s Test average from 23 to 29.

In the six years since the retirement of Andrew Strauss, it is only the seventh Test hundred made by an England opener other than Alastair Cook.

Nick Compton made two, while Root, Sam Robson and Adam Lyth have made one each.

Jennings averages just 17 in home Tests after struggling against both South Africa and India, but 71 in his three Tests abroad.

What a superb all-round team display this has been from England so far and how delighted they will be that the most under pressure member has responded with a better performance even than when he made a century on debut.

Test runs have been in short supply for Jennings almost ever since that highly promising bow but it is a return to the sub-continent that has unlocked the door for an opener who is clearly more at home against spin than seam.

Not that Jennings looked a natural against the plethora of Sri Lankan slow bowlers here as he reached three figures off 231 balls and went on to make an unbeaten 146, 59 of them singles, before England declared 461 ahead.

Jennings rarely used his feet or showed a nimble, wristy touch against Sri Lanka’s four varied spinners, instead preferring to repeatedly sweep and in particular reverse sweep to keep the scoreboard ticking over.

It may not have been pleasing on the eye but it was mightily effective as England found the correct tempo from the off this time to turn their commanding position at the end of the second day into one of complete superiority. 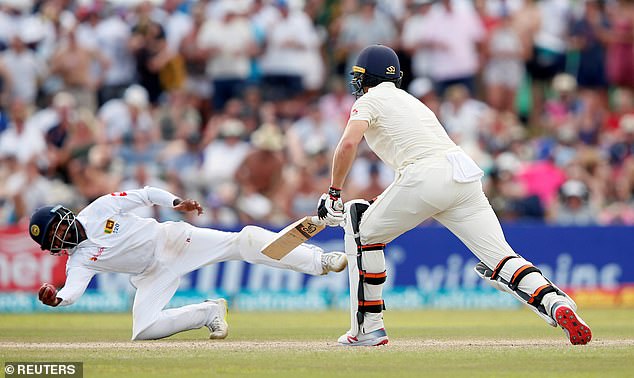 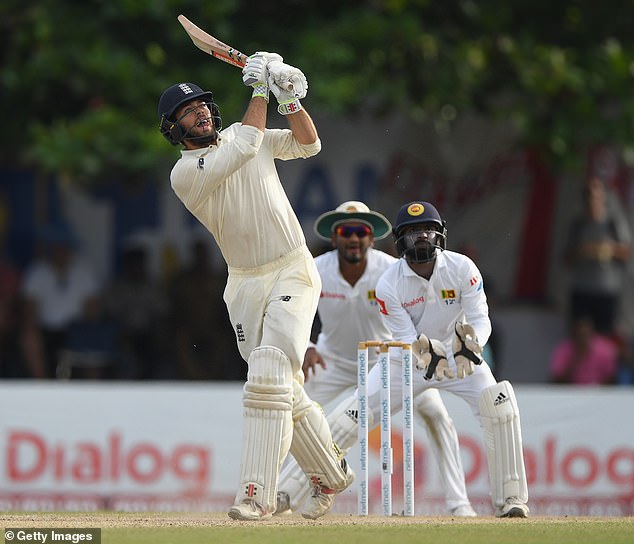 But it was Foakes who pushed the score on, hitting a flurry of boundaries in quick succession

It was enterprising, too, of Joe Root to hand Sri Lanka a tricky period to survive at the death even though the England captain could have been excused batting even longer with two full days of the Test to go.

If Jennings, who can now look ahead to a full winter here and in West Indies to fully establish himself, took the headlines then there was an important contribution from Ben Stokes, who looked better than at any point since his career was interrupted by a court case in hitting three sixes in his 62.

When Root became the third wicket to fall for 74 – Burns running himself out and Moeen Ali giving it away – there was just a slither of hope for Sri Lanka but once Jennings and Stokes had added 107 only the weather could realistically stop England winning on this special ground for the first time.

Jos Buttler and Ben Foakes, showing his class again with successive sixes, kept Jennings company with aggressive cameos as England accelerated but then saw Dimuth Karunaratne and Kaushal Silva hang on to make 15 by the close. 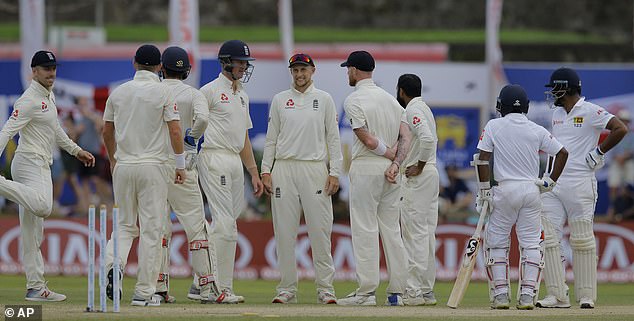 That should only temporarily halt an England team who will have defied all pre-match predictions here if they now go on as they should to complete a notable victory either today or tomorrow and finally end their dismal run of away gloom.

And with the highest successful run chase in Galle’s history standing at 95 you could get long odds on Sri Lanka reaching their history-making target.

Suddenly the England picture is rosy. Two of their leading players in Jonny Bairstow and Stuart Broad are chomping at the bit and desperate to play in the second Test in Kandy next Wednesday while each and every member of their unconventional first Test side has distinguished themselves.

None more than an opener in Keaton Jennings who yesterday saved his international career.