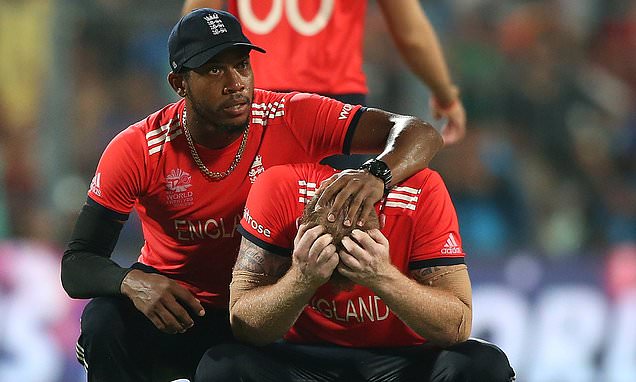 Chris Jordan wants to use England’s torturous near miss in the World T20 final over five years ago to bolster their chances of adding the 20-over crown to the one-day title they claimed in 2019.

The story of that night at Kolkata’s Eden Gardens in April 2016 will always be the four sixes Carlos Brathwaite hit off Ben Stokes in the last over as West Indies pinched the trophy from under English noses.

Easier to forget is Jordan’s superb 19th over, which cost just eight and culminated in a dot ball to Marlon Samuels, leaving Stokes with 19 to defend. 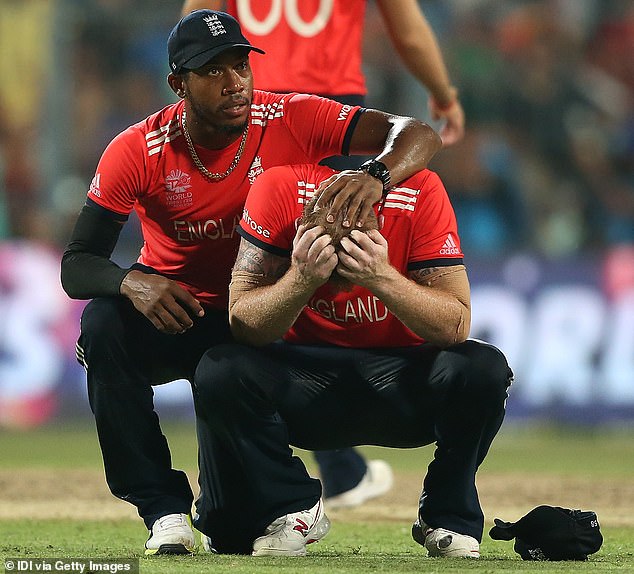 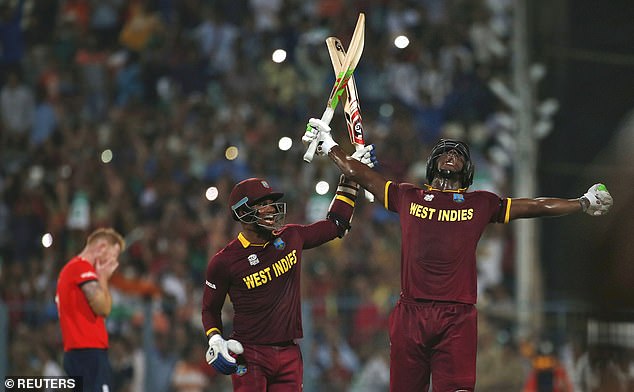 ‘I bowled that over under immense pressure,’ said Jordan. ‘When I bowled a dot on that final ball, it definitely did feel a lot closer than it ended up.

‘Having that feeling after that ball… I’ll never take myself to that place ever again. We definitely came out stronger for it as a unit, and I definitely won’t be thinking that way after bowling the 19th over until it is fully, fully over.’

Since that night, no one has played more T20 internationals for England than Jordan’s 48 – Eoin Morgan is next, with 45, followed by Adil Rashid on 44 – while no one has taken more T20 wickets for them overall than his 73. Few, then, are better placed to assess the impact of Brathwaite’s blitz.

‘One of the things that sticks out to me is how quickly that last over went,’ he said from England’s training camp in Muscat, Oman, ahead of their T20 World Cup opener in Dubai next week against – you guessed it – West Indies. 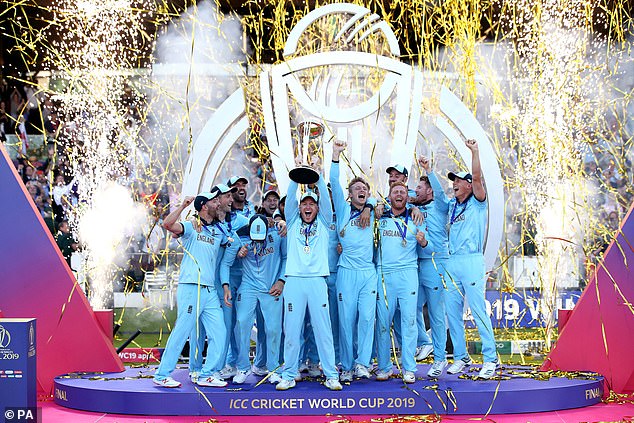 ‘When we did get in those situations after that, we slowed the game down a bit, so the decision-making was much clearer.’

Seven of the 11 who played in the 2016 final are in England’s 15-man squad this time: for a variety of reasons, Stokes, Alex Hales, Joe Root and Liam Plunkett are missing. And Jordan believes the familiarity can breed content.

‘This team having been together for so long,’ he said. ‘The chemistry is there, the talent is there. All the ingredients are there for us to make a decent run in this campaign.’

At 33, and a veteran of T20 leagues in seven different countries, he now qualifies as one of England’s elder statesmen, with Morgan leaning on his clever death bowling, and treating him as his go-to man to discuss bowling changes and tactics.

‘I have had the privilege of seeing so many different surfaces and experiencing quite a few different things,’ said Jordan. ‘I try to just quickly get a read on the pitch, on conditions and on the opposition, and I try to bounce my ideas as much as possible at Morgy.’ 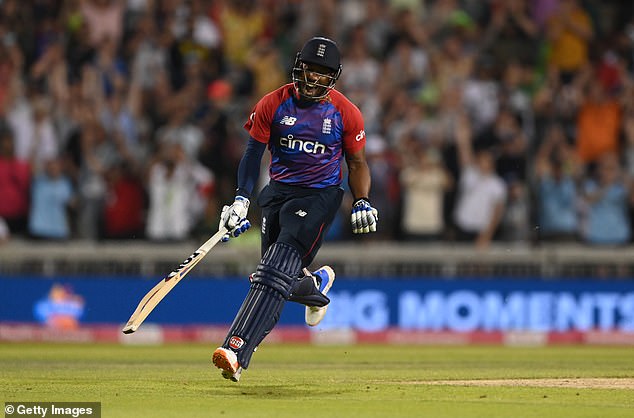 Since that night, no one has played more T20 internationals for England than Jordan’s 48

Now he is hoping Morgan can arrive in the UAE with the IPL title in his pocket and a spring in his step.

His Kolkata Knight Riders team will qualify for Friday’s final in Dubai if they beat Delhi Capitals in Sharjah on Tuesday, giving Morgan the chance to ease the pain of dreadful batting form that has brought him a tournament average of below 13.

‘That would be a huge boost,’ said Jordan. ‘Morgy’s leadership qualities and his pedigree are well documented. He’s really implementing his philosophies with KKR, and the way he wants to play the game.

‘You can see the players responding to it, and that’s the strength and character of the person.

‘If he takes them all the way, I can’t see that being anything but a positive for the England team, because he’ll come in with confidence to lead us to our campaign as well.’ 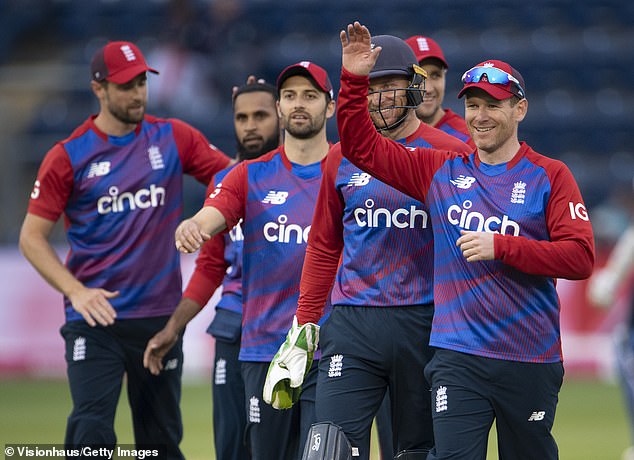