The door was already ajar for Jonny Bairstow to make an instant return in the second Test at Pallekele – but after Moeen Ali’s lame dismissal on the third day at Galle, it has swung wide open.

Bairstow has cut a cheerful but restless figure in the village-like Galle Fort area behind the ground these past few days, reassuring England fans that his left ankle is on the mend after he twisted it playing football during the one-day series. He is desperate to get back in the side.

But three things have happened since he last appeared for England. First, it is understood he has decided not to take part any more in the team’s pre-match kickabouts – recognition that careers, like ankles, can turn when you least expect it. 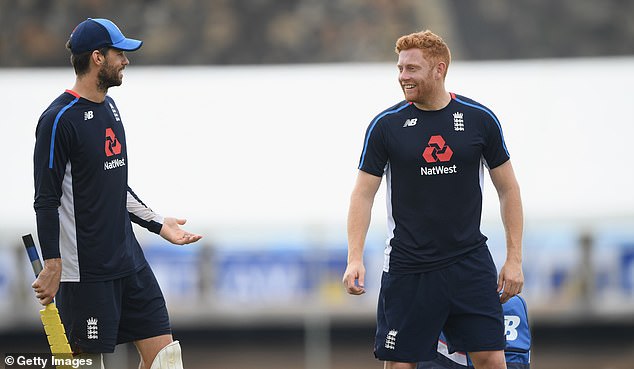 Jonny Bairstow (right) shares a joke with Ben Foakes, the man who has replaced him so well

Second, Ben Foakes has announced himself as a wicketkeeper-batsman of rare potential, and ought to be in it for the long haul. Third, Ali has reminded everyone during this first Test that he is not suited, technically or temperamentally, to the role of No 3, with its special demands on both attack and defence.

In private, Bairstow is hopeful that the credit he has built up over the past few years will stand him in good stead. In 2016, he completed 70 Test dismissals and scored 1,470 runs – both world records for a wicketkeeper in a calendar year.

But time moves on, and Bairstow may have to accept that the Pallekele Test, starting on Wednesday, marks the beginning of a new phase in his career: that of a specialist top-order batsman. It is not his natural role, but it may be the only one available.

Assuming Joe Root decides to stay put at No 4 – a position he resumed as recently as September – and Ben Stokes at No 5, that leaves only the demanding role of No 3, which will surely be taken off Ali after scores of nought and three in the first Test.

With the Australians arriving next summer, England need to decide quickly who will fill the position. One thing seems clear: it can’t be Ali, who could well resume the job he performed so well during the 2015 Ashes, at No 8.

And his latest impression of a yo-yo in England’s order could take place as early as Pallekele, where England may decide they do not need to play three spinners at a venue that usually offers seam and swing. 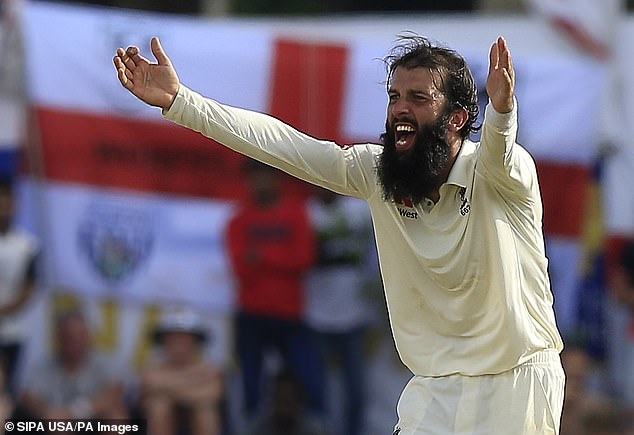 Since Ali’s first-innings four-for was a reminder of his all-round importance, that means one of Adil Rashid and Jack Leach missing out. Sri Lanka’s second innings in Galle was shaping up as a potential bowl-out between the two spinners.

For Bairstow, the promotion that could redefine his role need not be a potential trapdoor. Since earning a place at the top of the one-day order during the 2017 Champions Trophy, he has averaged nearly 55 as a white-ball opener, with a strike-rate of 113.

Test cricket is a different beast, but Bairstow has proved he is adaptable. It is a quality he may need in the weeks ahead.

His role is not the only one England will have to consider. Stuart Broad has spent this Test carrying the drinks, hoping that Pallekele’s seam-friendly virtues will earn him a recall next week.

But if England go with a five-man attack comprising three seamers and two spinners, it is hard to see how he gets in. England have already made the mistake of dropping Sam Curran, against India at Trent Bridge – the only game of that series they ended up losing. They will be reluctant to leave him out again.

November 8, 2018 Сricket Comments Off on Jonny Bairstow could get a chance at No 3 for England in second Test
NFL News