MARTIN SAMUEL: Questions are being asked of Jofra Archer… he is a puzzle England are struggling to solve

Jofra Archer had a little go. Then he had a little talk. Finally, he received a little arm around the shoulder, as consolation from Chris Silverwood. Not this time, was the obvious conclusion. But when?

Archer, the rocket man in England’s attack, has been in steady retreat since that duel with Steve Smith at Lord’s last summer. He is getting slower, he is getting injured, he is having questions asked. At his best few batsmen know how to negate him, but English cricket has found a way.

On Wednesday it even seemed a little confused over whether he was injured at all. Archer bowled, briefly, entered discussions with the medical staff, stopped. Later he returned, bowled in the nets some more — a handful of deliveries each time — and was gone. 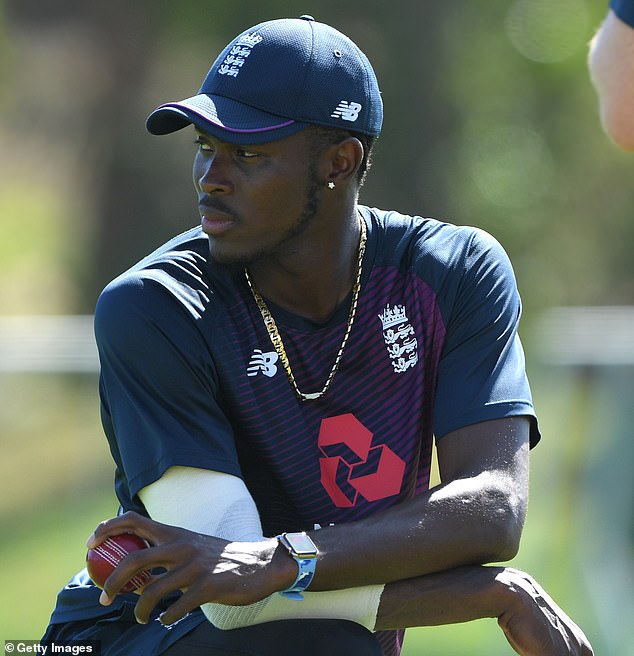 It was very strange. If he is injured, as it appears, why was he even bowling? The troublesome elbow was heavily strapped, his pace did not approach his 90mph maximum. Yet the ECB confirm the scans of the area show nothing.

Vunipola was silenced by the RFU for holding views on homosexuality that would not be considered offensive in most Pacific Island communities.

Allardyce held an ill-advised, boozy, business meeting that would no doubt have sounded alarm bells with Gareth Southgate or Roy Hodgson.

And Archer? Well, English cricket cannot seem to get to grips with him at all. This injury is the least of it, in many ways. He’s brilliant, he’s ferocious, he’s becalmed, he’s moody. Archer seems rather mercurial, almost as if he hasn’t been clocking in at a county cricket academy three nights a week since he was eight. 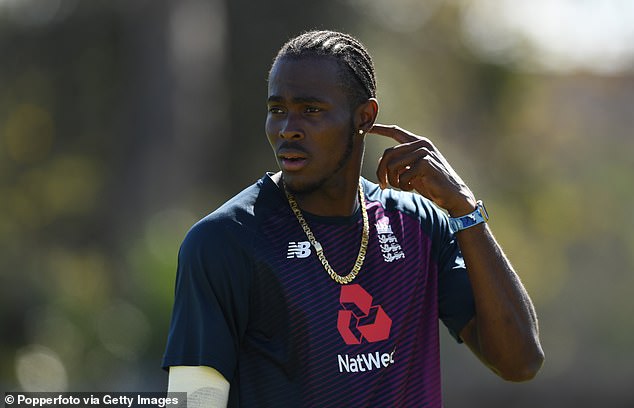 Arhcer is getting slower, getting injured and having questions asked of him this winter 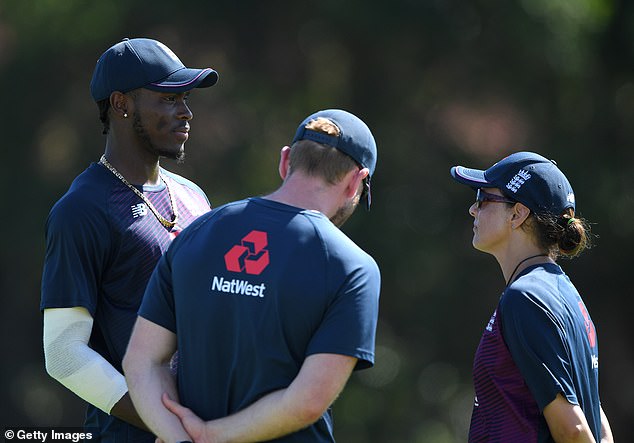 English cricket was struggling to find a consistent, fit, Test-class fast bowler, so contrived to extract one from the Caribbean. Now it seems unsure how to handle him.

Ostensibly, Archer was involved in a bowl-off with Mark Wood to gauge his readiness for the third Test in Port Elizabeth. The issue was purely fitness, it was said. Yet there seemed a subtext of commitment, too — almost as if they wanted to see Archer ready to bowl full pelt in the nets, in a way many fast bowlers from Michael Holding to Bob Willis never did. Would that get the best from him, even if fit? 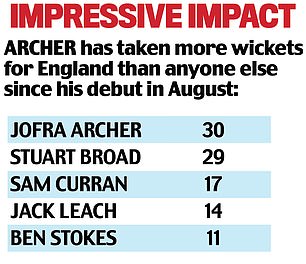 Not every sportsman shows his hand in training. Gary Lineker famously didn’t. He had the idea that scoring in practice games would use up his goal potential in real matches.

Also, he was a scruffy finisher. Score in a match and everyone is too busy celebrating to worry how cleanly it went in, but during a training drill, everyone is watching. And for the team’s super striker to look anything but smooth in front of goal might make them doubt him.

Cricket has had its equivalents. There was no fiercer competitor than Sir Ian Botham, yet he often used the nets as nothing more than a jokey slog-fest, particularly if he spotted any journalists on the periphery that he had taken against.

John Snow, a fine fast bowler, was a notoriously lax trainer, as was David Gower, and Andrew Flintoff drove Duncan Fletcher to distraction. So maybe Archer is bowling 80mph because his elbow injury is troubling him, and maybe other times he bowls 80mph because he is young, new to Test cricket and lacks focus. And, so far, England haven’t worked out how to deal with that. 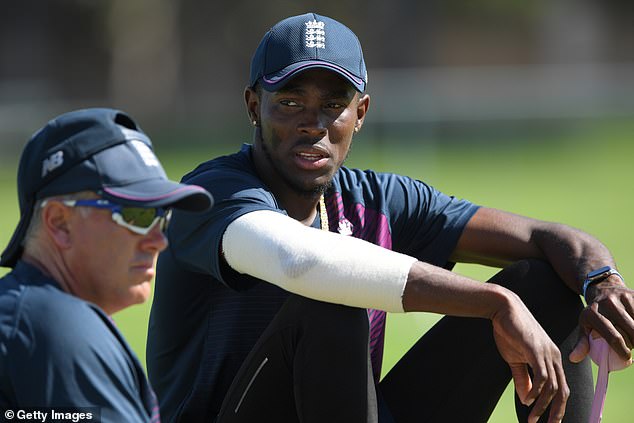 This is not some Caribbean stereotype but simple unfamiliarity. Most Test cricketers have come through the system, even those like Ben Stokes, who were not born in England. They will have been identified, their style and character will be well known. Yet even with a first-class debut for Sussex in 2016, Archer is a relative newcomer.

Efforts are being made to get to know him, including Joe Root inviting Archer and his family to his table for Christmas dinner. Root plainly believes that by knowing the man he can unlock the cricketer.

Yet riddles remain. One over against Australia last summer averaged 92.8mph. At another stage Archer threw down 16 straight deliveries of more than 90mph. Then he can return to the low 80s. Mitchell Johnson was the same for Australia. Why is this? England will need longer with their man, and maybe to indulge these vagaries, before they can discover.

It was Israel Folau who flushed out the way English sport wants to have its cake and eat it around those who do not conform. Folau thought homosexuals were hell-bound. Vunipola, whose mother is a Methodist minister, agreed.

Fundamentalist Christian beliefs remain common in the Pacific Islands and although Vunipola was born in Australia and has lived most of his life in Britain, there is no doubting the strength of his cultural heritage. This, then, was a problem for the RFU. They wanted the many attributes that came directly from Vunipola’s ancestry, as long as he thought and spoke like the most media-schooled product of the domestic system. 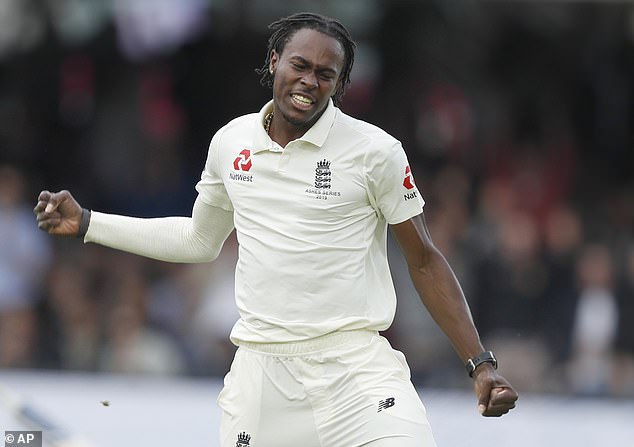 Allardyce? Well, let’s say he wasn’t the archetypal FA man when he got the England manager’s job. He wasn’t Southgate, or Hodgson, or Steve McClaren, or any of his predecessors who would not have taken a meeting, downed a lip loosening bottle of wine, then made incautious remarks to imposters who turned out to be undercover reporters from the Telegraph.

This cost him his job after a single match. Yet the FA knew what they were getting. At football writers’ functions when many managers never let their guard drop, Allardyce could be found holding court until the small hours. He remains a popular figure for just that reason. In the end, Allardyce was sacked for being Allardyce, the opposite of the button-down FA man.

Root spoke of getting Archer to deliver on all his skills, not just the swing and seam but the pace. Yes, but in nets? Is that really him?

‘The difference in managing Jofra is managing the expectation of him,’ Root said. ‘His reputation gets him put with Pat Cummins, Josh Hazlewood, these guys who are very experienced in Test cricket. So, for management, it’s a question of understanding where he is in his game.’

That is a long way from where it was thought he would be that Saturday afternoon in August. England thought they knew what they had then. Now, they no longer seem sure.

We like our mavericks in neat little packages, these days. We like them easily contained and understood.

Related posts:
January 15, 2020 Сricket Comments Off on Jofra Archer is a puzzle England are struggling to solve
NFL News