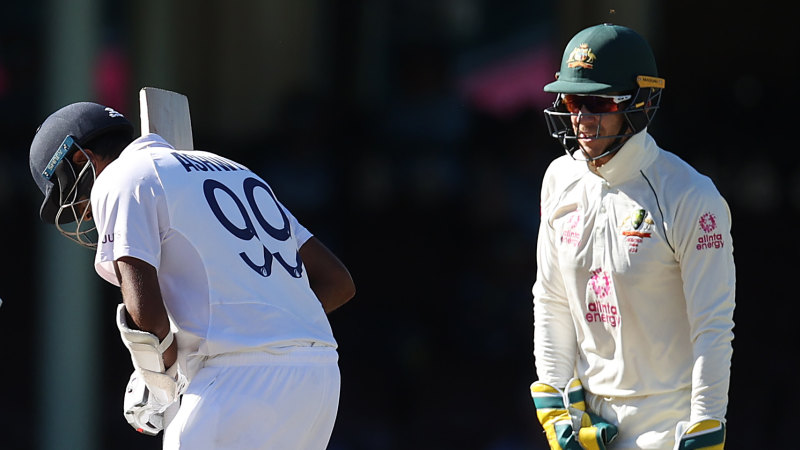 Captain Tim Paine will not be silenced, vowing to keep up the chirp in the fourth Test, but one India great he is not lining up is Sunil Gavaskar.

If the Tasmanian led with his chin in his verbal stoush with Ravichandran Ashwin, he was more guarded when it came to taking on one of the greatest batsmen to have played the game. 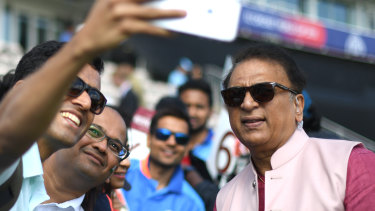 Tim Paine brushed off Sunil Gavaskar’s criticism of his conduct.Credit:Getty

"I’m not going into it, getting into a back and forth with Sunny Gavaskar," Paine said. "I don’t think I’m going to win that. Look, he’s entitled to his opinion. It doesn’t affect us one iota. [If] anything it’s adding to the Test match, which is great. So Sunny can keep saying what he wants to say but at the end of the day it’s got absolutely nothing to do with him."

Paine was widely praised for standing up to Virat Kohli two seasons ago but his comments to Ashwin were not as well received. But being quiet is not a wicketkeeper's way, nor how Paine likes to play the game.

"I'll be being myself. I don't know how many Tests I've played, but I think I've gone about it in a pretty consistent fashion 99 per cent of the time," Paine said.

"I said the other day – I let the moment get to me, which is a very rare thing, bit of a blip on the radar. I've copped that on the chin, I'll look to come out this week and play competitive Test cricket as I always do.

"And if there's a bit of banter to be said, then yeah, I'm always up for that. I just have to be aware of the stump mics and be a bit more respectful of the umpires, officials, and players.

"But I certainly enjoy engaging in that, find it good fun and think it's part of the game. I just have to be careful with where I take it and I fully understand that."

Paine conceded the Australians allowed India to get under their skins with their slow, but legitimate, play, and it affected their performance. If similar circumstances arose in Brisbane, they will handle it better, Paine said.

"What I've been really good at is being able to step back – even just have a look around the crowd at times – and realise that at that very second, you're captaining your country in a Test match," Paine said.

"It's something I have always wanted to do so remind yourself that to enjoy it. Obviously I'm going to compete very hard, that's what i do.

"I want to win as much as anyone and I'm a competitive player but there's a fine line – it's the same with my batting, if i'm too tense and trying too hard to fight hard then i am a pretty ordinary batter.

"If I look to go out, relax, have fun and look to score then I'm normally a much better player – it's just a slight tweak in my mindset. It's nothing new to me, it's getting back to what I normally do."

January 14, 2021 Сricket Comments Off on ‘It doesn’t affect us one iota’: Paine brushes off Gavaskar’s calls for his head
NFL News