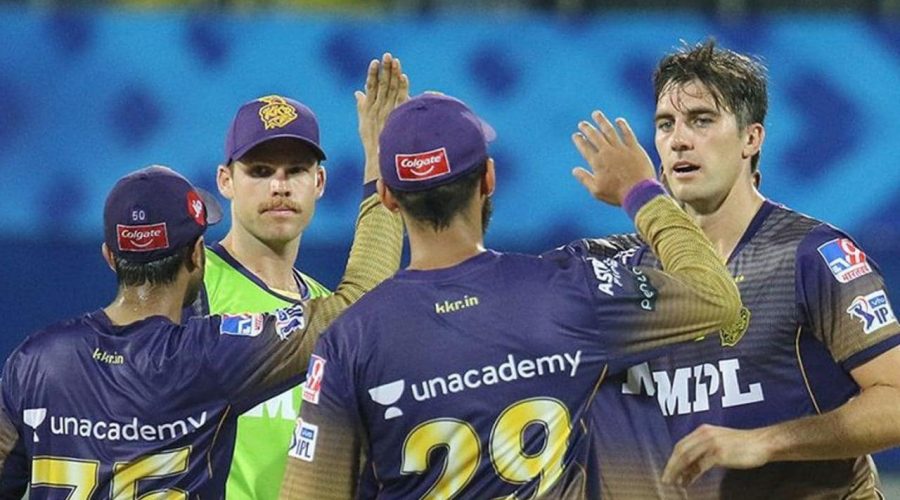 Monday evening’s Indian Premier League match between the Kolkata Knight Riders and Royal Challengers Bangalore has been rescheduled after a player tested positive to COVID-19.

According to The Australian, Kolkata’s players and staff have been placed in isolation after Varun Chakravarthy tested positive to the virus.

According to the report, Chakravarty left the biosecurity bubble earlier this week to have scans done.

Pat Cummins and the other players have tested negative, and are in isolation.

Here's hoping that #IPL2021 is back on track soon, safely!

For a month, we’ve heard that the IPL bubble has been the safest place to be in India. Any sort of COVID concern within that bubble then is a serious matter or so you’d think #IPL2021

Last month, Australian all-rounder Daniel Sams tested positive to the virus while in hotel quarantine after arriving in India.

There were nearly 400,000 new cases registered across India on Sunday in what is the world’s fastest-growing outbreak.

Last week, Cummins donated $50,000 to help the nation fight the outbreak, calling for other players to donate to the PM Cares Fund.

Speaking to SEN earlier on Monday, Cricket Australia chief executive Nick Hockley said there were no plans to bring the Australian players home via a chartered flight.

“There’s no suggestion at the moment of any charter flight,” Hockley said.

“We’re working closely and talking closely with the ACA (Australian Cricketers’ Association), with the players and with the BCCI (Board of Control for Cricket in India) to make sure everyone’s okay and the people have got full information.

“We’ve been in touch with the players there and they are generally in good spirits.

“The work the BCCI has done around the (bio-secure) bubble means they are feeling safe and secure, and those we’ve talked to are generally planning to complete their playing commitments.

“The BCCI have come out and said they understand and want to support the players in making sure they get home safely at the end.