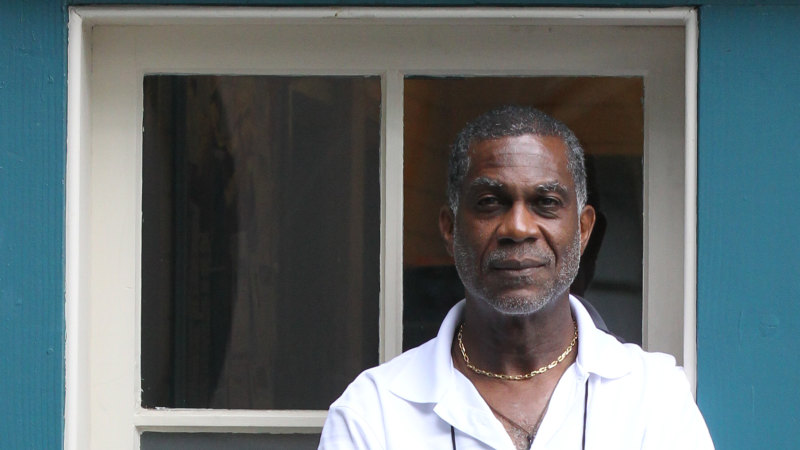 West Indies great Michael Holding has delivered a blunt message to the Australian men’s cricket team: the only way to support the Black Lives Matter movement is by taking a knee.

As English cricket deals with the fallout over a series of racist and sexist tweets made by paceman Ollie Robinson eight years ago, Australia’s male players will in the coming weeks discuss how they will address the issue of racial inequality in the limited-overs tour of the Caribbean. 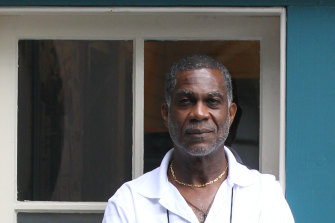 Michael Holding says if you support Black Lives Matter, you take a knee.Credit:SMH

Holding last year slammed the Australian and English sides for offering a “lame excuse” after choosing not to take a knee during their limited-overs series. Australia’s limited-overs skipper Aaron Finch had said the team would not make the gesture as “education is more important than protest”.

While Australia’s players took a knee during last season’s Big Bash League, the national men’s team did not, choosing instead to follow the lead of their female colleagues by taking part in a barefoot circle ceremony which they felt was more appropriate in celebrating the country’s Indigenous people.

Holding stopped short of telling Australia what they should do but it’s clear what he would like to see happen when Justin Langer’s men play the West Indies next month.

“If you support Black Lives Matter, I don’t see how it can be an issue to take the knee,” Holding told the Herald and The Age from the UK, where he is commentating for Sky Sports.

“I would hope everybody does it, but as I said I am not a Black Lives Matter policeman.

“If you support that I don’t see how it can be an issue to take a knee. But I am not here to tell people what they should or should not do because I don’t want anybody to do it to tick a box, that is my stance on the matter.”

Holding has become a leader in cricket on racial inequality after delivering a heartfelt oration on his experiences of racism. His work, and that of Ebony Rainford-Brent, the first black woman to play for England, was recognised with a prestigious award by the British Academy for Film and Television Arts. 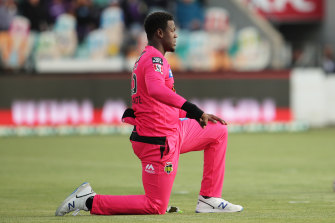 Carlos Brathwaite takes a knee at Blundstone Arena during the Big Bash.Credit:Getty

Addressing stinging criticism from Holding, national coach Justin Langer last September said that his team had erred by not devoting more time to consider the issue.

A team spokesman said on Thursday the team had not yet discussed the topic for the Caribbean but would do so when they convened for a camp in Brisbane later this month.

The spokesman said players were now more advanced in their knowledge of racial inequality compared to 12 months ago, and plans were already underway on exploring the matter for the home season.

Holding, who recently released a book about racism,Why We Kneel, How We Rise, wants to see evidence of learning through their actions.

“We’ll see if it’s just words. Maybe they’ll do it because they’re playing a black team – who knows?” Holding said.

“I don’t want them to do it because they’re playing in the West Indies. I would expect if you’re supporting a cause you support the cause any- and everywhere, not because it’s politically correct or when it suits you.”

June 10, 2021 Сricket Comments Off on If you support the cause, take a knee: Holding’s BLM message for Australian cricket
NFL News