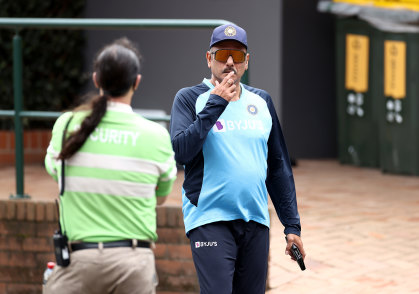 The uncertainty around the Gabba Test and India's willingness to fly to Brisbane has created no shortage of headlines over the past week and kept Cricket Australia officials on edge.

What the saga has also done, though, is expose a divide in the Indian ranks.

The Indians have been away from home for a long time, so long that Thangarasu Natarajan missed the birth of his child and Mohammed Siraj was away when his father passed away in November.

But their continued complaints about heading north for the fourth Test are wearing thin for some.

“It looks like they are trying to find an excuse not to go to Brisbane. At the start of the week it was the quarantine conditions and the hotel in Brisbane they were concerned about, now it's the fear of getting COVID. Which one is it?" former Australia captain Ricky Ponting said in commentary on Channel 7.

"The bubble thing as well is starting to annoy me a little bit. The Australians have actually been in a bubble longer than the Indians have. The Australians have been locked up longer in the same situation. We didn't hear anything about these Indian players worrying about quarantines or lockdowns in the middle of the IPL, did we?

“Yes, they are away from home and don't have the comforts of home, neither do the Australians. [But] it's to the stage where you get on with it, you have signed up for the tour to play the Test matches. It's not ideal for anyone, or the Australians, if they go to Brisbane [and are then] locked down in a hotel.” 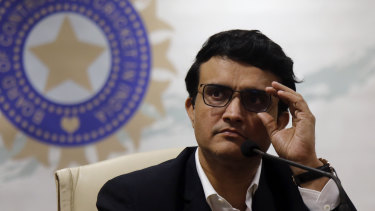 The latest reports out of the Indian camp suggest they will travel to Brisbane on Tuesday and play at the Gabba from next Friday as long as they can leave and fly out of the country immediately afterwards.

CA has assured them there is no reason they can't do that.

Despite Greater Brisbane having been in a three-day lockdown that will end on Monday night, Queensland premier Annastacia Palaszczuk said there was no change to the plan for capacity crowds at the Gabba, with zero new locally transmitted cases of COVID-19 in Queensland announced on Sunday.

India great Sunil Gavaskar and Seven commentator said: "If the decision is to go ahead with a match in Brisbane, the Indian team will be there”.

Paul Reiffel has seen a lot in years as an Australian international bowler and now as a top-line umpire. But he didn't appear pleased at all at the antics of India's Jasprit Bumrah on Sunday. Reiffel put his hands on his hips and glared at Bumrah after the seamer knocked off the bails for no apparent reason as he walked past the stumps and back to his mark. Bumrah did the same thing at one point in Australia's first innings, leaving Reiffel similarly unimpressed.

John Howard is a fixture at the Sydney Test and he was again at the SCG on day four with his wife Jeanette. But given how mad the former prime minister is about the sport, you can imagine he would have been particularly chuffed about the seating chart for lunch inside the former SCG Trust suite high up in the Noble Stand.

Assigned the chair next to him on Sunday was Steve Waugh, who has an exhibition of photography from his recently released book of pictures from India on display at the venue.

From Pariahs to Premiers

He urged his former teammates to email back with their comments and memories. The number of stories, tactical theorising and debatable memories grew until the email group numbered 50.

Eventually, the team’s all-rounder Mark Ray, a former Herald cricket writer, decided to put together a book of the whole thing on his laptop. The result is From Pariahs to Premiers, a coffee table-sized book with 70-odd photos that has earned praise from many who’ve seen one of the 100 copies Rogers and Ray had printed.

The club was in only its fourth season of grade cricket when it won the flag after a summer of many ups and downs. The unknown and unfancied students played against people such as great West Indian quick Andy Roberts, Geoff Boycott, Allan Border, John Benaud and, most dramatically, Len Pascoe at his ferocious best.

January 10, 2021 Сricket Comments Off on ‘Get on with it’: India’s Gabba grumbling exposes split in the camp
NFL News