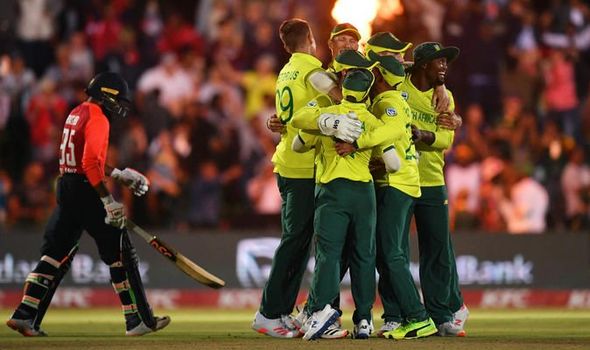 If this series was supposed to fire the starting pistol for their pursuit of the World T20 title later this year, England shot themselves squarely in the foot in its opener. In a dramatic conclusion to a pulsating match and needing just seven runs from seven balls with five wickets standing and their captain Eoin Morgan unbeaten on 52, they managed to lose by a solitary run.

Adrenaline-fuelled? You bet. But losing four wickets for five runs to leave them one short of taking it into a Super Over and two short of outright victory was infuriating.

Much has been made of the front-foot aggression which has brought England white-ball success including so memorably in North London last July.

And it will take more than one reverse for Morgan to abandon principles which have served them so well.

But in East London they might have considered more sensible ways of getting home.

Instead, with the last ball of the penultimate over Morgan holed out going for a maximum before Tom Curran followed his skipper’s lead attempting taking on the midwicket boundary rider, David Miller.

Two off the final ball to take it to a Super Over, Adil Rashid was run out going for the second.

Morgan admitted that Jason Roy’s 38-ball 70 – and 72-run partnership for the second wicket with Jonny Bairstow, then his own half century had put them in a position to win the game.

“Nine times out of 10,” he said referring to the odds.

Roy had been at his blistering best – rattling to his half century in just 22 balls, the joint second quickest number of deliveries only one ball behind Morgan’s record.

Morgan’s increasingly urgent half century, smoking his way to 52 with a four, four, six off Beuran Hendricks in the penultimate over, had taken them to the brink.

The skipper was understandably furious with himself and he may be more so when he sees what looked suspiciously like a no-ball from Hendricks.

“I was trying to check it,” he said. “It was in the slot to check it down the ground and I have smoked it and I was fuming with myself.

“I hit it way too well. It is a mistake and it should never happen and I should have been facing the last over. But we should be chasing down. The way we played today wasn’t up to our normal standard.”

Flanked by grass banks on two sides instead of stands, a stiff breeze whipped across the pitch throughout, making life difficult for bowlers at both ends and fielders square of the wicket.

It contributed to a handful of misfields and dropped catches by England – Joe Denly reacting slowly to a boundary catch off Temba Bavuma and Roy dropping a skier off Jon Jon Smuts, both off the bowling of Rashid. 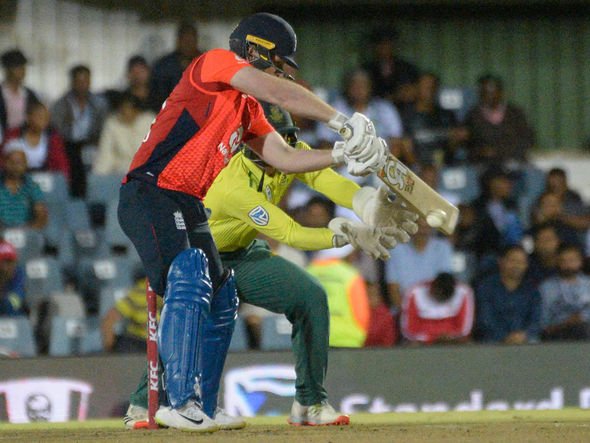 Rashid and Moeen were superb, squeezing the middle tightly going for just 45-2 between them in eight overs – a tourniquet which limited the damage done by a decent start from the Proteas in which Mark Wood and Chris Jordan were slack.

Both came back strong later, particularly Jordan who, after a largely forgettable one day series, showed his value in this format.

He remains the best death bowler England have and two wickets in two balls in the final over and just eight runs conceded in his final two overs helped limit South Africa to 177-7.

Just seven would have been better. Durban on Friday beckons to make amends.

Chiefs closing in on signing Travis Kelce to long-term extension