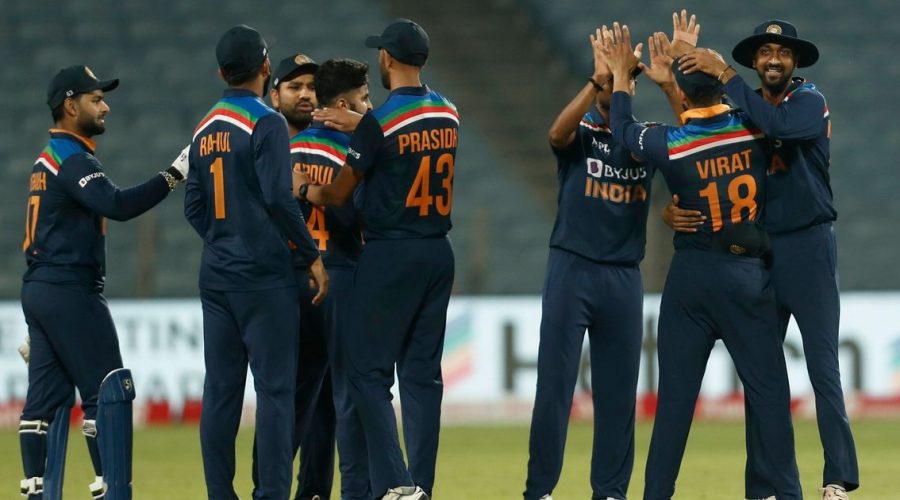 England fell agonisingly short in the third ODI against India despite a heroic innings from Sam Curran.

The Surrey all-rounder hit 95 not out but it wasn't enough as the hosts ran out winners by just seven runs.

England had seemed dead and buried in their run chase when Moeen Ali was dismissed in the 31st over leaving the tourists 200-7 – still 130 runs off their victory target.

But Curran's innings had them dreaming of an improbable win with Dawid Malan the only other England player to pass 50.

Openers Jason Roy and Jonny Bairstow were both dismissed cheaply, as was stand-in skipper Jos Buttler.

Shikhar Dhawan, Rishabh Pant and Hardik Pandya had earlier hit 50s for India to take them to an ultimately match-winning 329 all out.