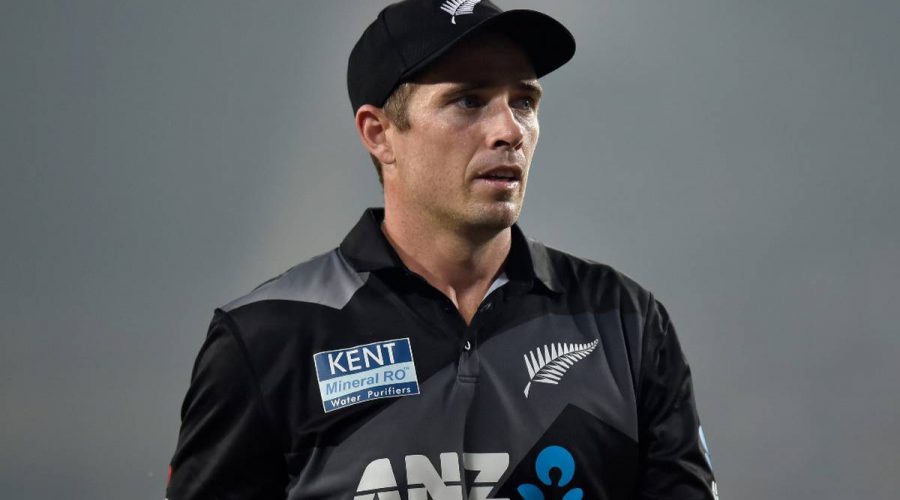 First the World Cup was lost, now the consolation prize. The Black Caps this morning slumped to a seven-wicket defeat at the hands of India in Ranchi, dropping the series with a game to spare.

After New Zealand were sent in and had compiled an under-par 153-6, an opening stand of 117 runs from 80 balls between KL Rahul and Rohit Sharma essentially ended the contest.

The hosts eventually got home with 16 balls to spare to earn a modicum of revenge after New Zealand had played a big part in ending their T20 World Cup campaign.

After their own tournament had so nearly delivered glory – and with this underwhelming series following so soon after – the Black Caps will likely be pretty pleased to put away the coloured clothing when the first test starts on Thursday.

Before then, there is still the dead rubber on Monday morning (NZT) in Kolkata, when there will be plenty to work on.

Setting a target has now been a problem for three games in a row. After compiling totals of 172, 163, 172 and 164 while batting first this month, the Black Caps began today like they were determined to snap that consistent run.

They eventually would, but not quite in the way they would have liked.

There was a clear tactic to be more aggressive in the powerplay than the first game. That aggression would deliver mixed results, though, as exemplified by Martin Guptill’s innings.

He began with consecutive boundaries from unconvincing shots, was dropped from the fourth ball of the innings and responded with a pair of glorious sixes down the ground.

After being struck in the helmet by one short ball, a second ended his stay as he departed for 31 from 15 balls.

The eventful innings saw Guptill overtake the rested Virat Kohli as the highest scorer in T20I cricket, but left some work to do.

Daryl Mitchell had begun in attack mode with a pair of boundaries, while Mark Chapman (21 off 17) also chipped in as the Black Caps ended the powerplay on 64-1.

India’s spin pair then changed the game. Axar Patel and Ravi Ashwin combined to go for 2-45 from eight overs during the middle stages, the former picking up Chapman’s wicket and the latter dismissing Tim Seifert for 13.

Mitchell (31 from 28) had to hit out but promptly holed out, leaving the task of setting a winning target to a middle order bolstered by Jimmy Neesham’s return.

Yet he offered no answer to the late-over woes that cost the Black Caps in Jaipur, being dismissed for three from 12. Only Glenn Phillips (34 from 21) was effective as the tourists again limped home, going 15-1 in the final three overs.

Like Guptill had done, Rahul began blazing without being entirely convincing, finding the fence with a thick edge from Tim Southee’s first delivery.

India ended the powerplay on 45-0 and Mitchell Santner and Ish Sodhi had some success in frustrating the hosts as Rahul and Rohit went 24 balls without a boundary.

But that soon ended with a couple of lusty blows from Rohit off Santner in the 10th over, emphasising the need for wickets and, unfortunately for New Zealand, the usually reliable Boult grassed a chance for the second match in a row, giving Rohit a life.

The hosts brought up 100 in the 12th over, reducing the target to a run a ball, and it took until the 14th for the Black Caps to finally strike as Rahul (65 from 49) tried one shot too many.

Southee grabbed a couple more wickets to end his spell with 3-16, but the damage had been done as Boult (0-36) and Adam Milne (0-39 from three) struggled while Neesham gave up two sixes from his only two deliveries to end the match.