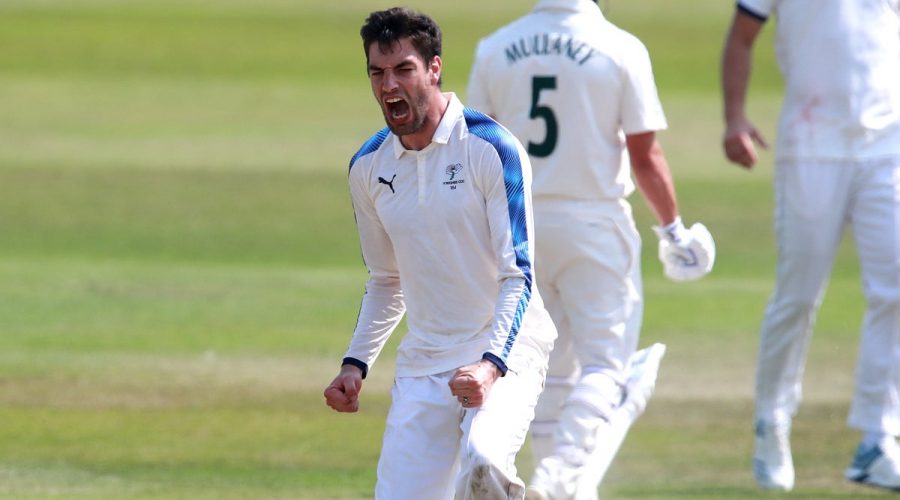 Former South Africa fast bowler Duanne Olivier is one of seven Yorkshire players to agree a new contract with the club on the eve of this year’s LV Insurance County Championship.

Olivier featured in 10 Tests and two one-day internationals before ending his fledgling Proteas career two years ago to sign a Kolpak deal with the White Rose, but he will now be one of their overseas players.

Alongside all-rounder Tom Loten, Olivier has signed a new deal until at least the end of the 2022 season, just a couple of days out from Yorkshire beginning their championship campaign against Glamorgan at Headingley.

The 28-year-old said: “Since joining the club I’ve been made to feel very welcome and am looking forward to playing my part in this side.

“I’ve enjoyed my time in England so far and believe there’s a lot more to come from me in the next few years.

“We have a really strong squad who I believe can challenge for silverware and I’m really excited to be apart of this.”

Fellow fast bowler Ben Coad – along with batsman Will Fraine and wicketkeeper Jonny Tattersall – has committed to the county until the end of the 2023 campaign.

Coad, who has taken 157 wickets in 38 first-class matches at a spectacular average of 19.93 to date, said: “I’ve loved every minute of playing for Yorkshire and can’t wait to play my part in many more games.”

Batsman Harry Brook and fast bowling all-rounder Matthew Fisher have put pen to paper on deals that run to October 2024.